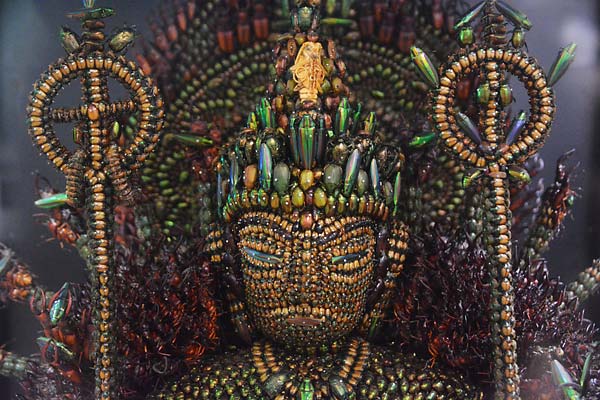 Located roughly an hour north from central Tokyo is a fairly nondescript government building: Itakura Town Hall in Gunma prefecture. The building houses a small gallery that counts among its collections various obscure pottery work and paintings as well as a glass-enclosed sculpture of a Buddhist deity made from roughly 20,000 beetles in numerous varieties. If you have any form of entomophobia or insectophobia I suggest you don’t read on. 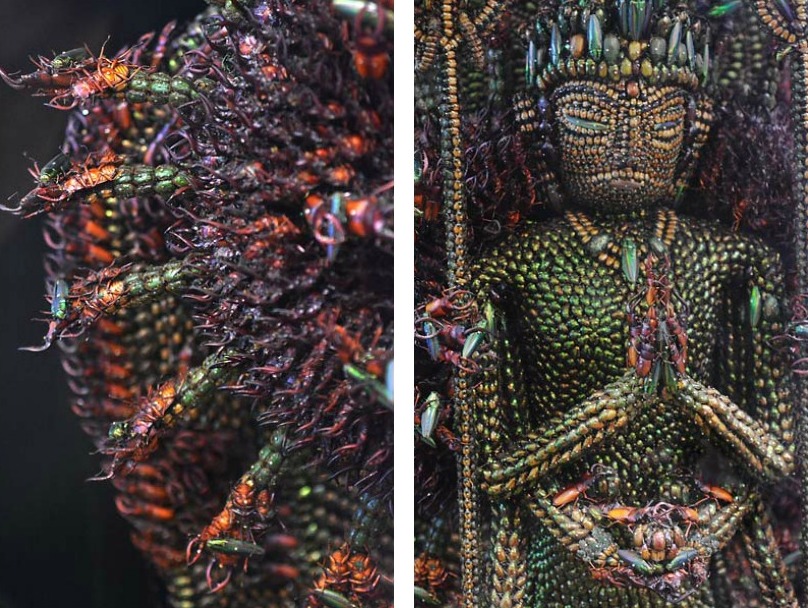 The sculpture was made almost 40 years ago in 1978 by a man named Yoneji Inamura, who was in his 50s at the time. We recently learned that Inamura had passed away earlier this year in January at the age of 98, which is what prodded us to look into his work.

Although Inamura created several sculptures out of beetles, he spent 6 years in the 1970s constructing this one, which has become his masterpiece and the largest sculpture he ever made. When it was done he donated it to the city. 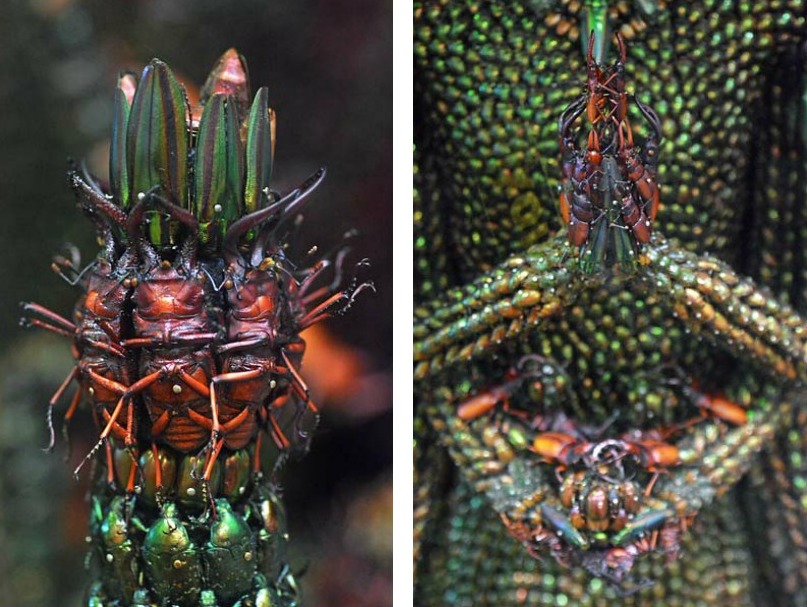 Inamura first took an interest in beetles during his days working for the local railroad. Located in a rural area of Japan, beetles were abundant and one day he took note of how the rhinoceros beetle’s horn resembled the fingers of the Buddhist deity. And so he began collecting beetles – before work, during breaks, after work – and adding them to his sculpture. “If I shaped them into the form of a Buddhist statue it would also serve as a memorial to the insects.”

The Itakura Town Hall is a little difficult to get to (as in, you’ll probably need a car) but it’s open to the public if you would like to see this mesmerizing sculpture for yourself. 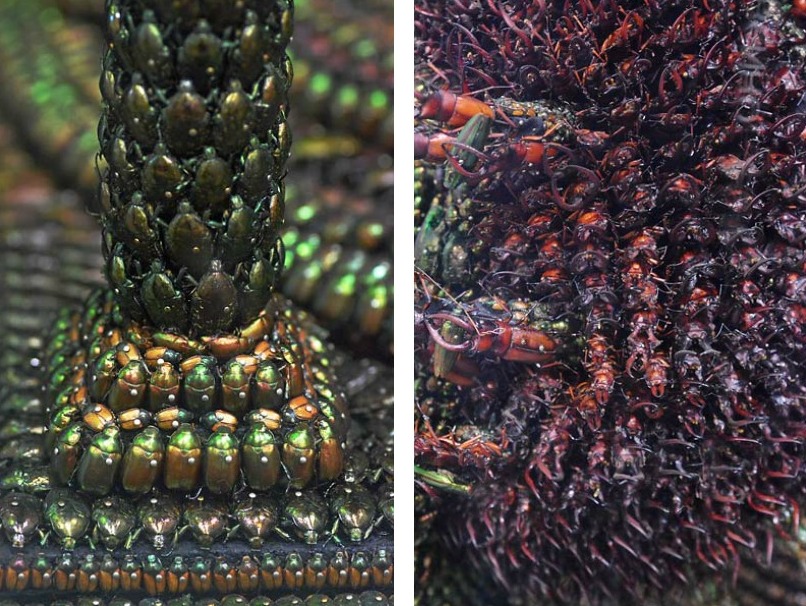 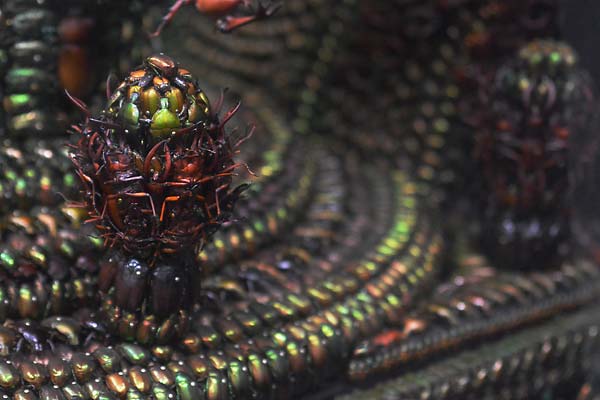 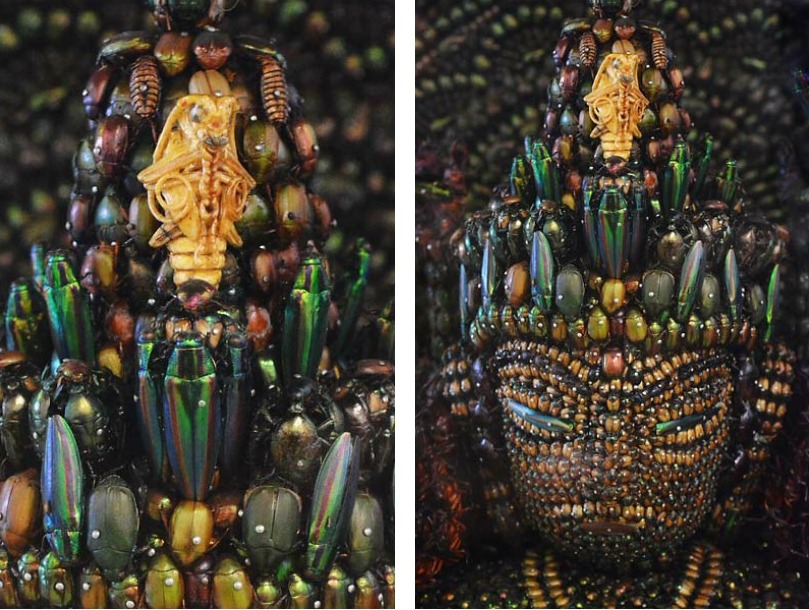 jewel beetles (tama-mushi) and other beetles with iridescent wings are selectively used for the eyes and vital parts. And inamura chose to use a pupa to represent the central jewel 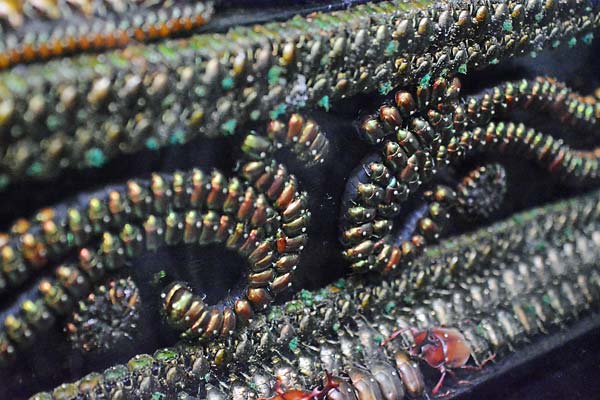 even the altar is decorated heavily with beetles 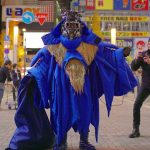