May 4, 2017 / Johnny / Comments Off on ‘Art of the In-Between’ Offers a Rare Glimpse into the Mind of Rei Kawakubo 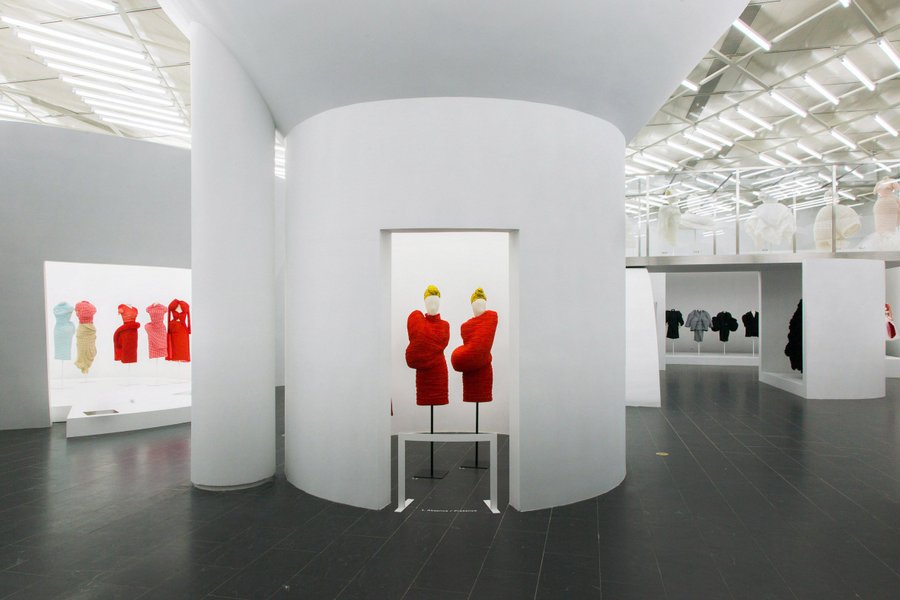 I don’t own a single item from Comme Des Garcons, Rei Kawakubo’s fashion label that means “like some boys” in French. I’ve been inside the Aoyama flagship store a handful of times but always felt out of place. But I just went to the Costume Institute’s spring 2017 exhibition on Rei Kawakubo, which opened today at the Metropolitan Museum of Art and now I really want to go shopping. 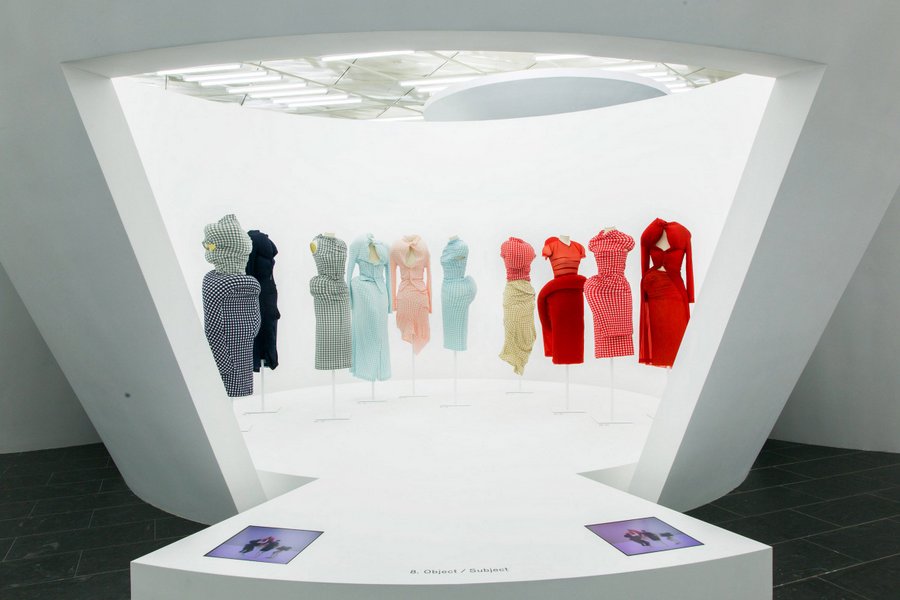 “Object/Subject” considers hybrid bodies. Bulbous swellings present an illusion of dysmorphia and subvert the traditional language of the fashionable body

In one of the 2nd floor galleries, an expansive space is filled with spherical pods that are reminiscent of the architectural displays of Kawakubo’s retail shops. Inside these pods are approximately 140 examples of Kawakubo’s creations from the early 1980s to her most recent collection. Each are organized not chronologically but by different themes, colors and expressions.

“I like to work with space and emptiness,” is one of Rei Kawakubo’s more famous quotes. And the exhibition offers this interpretation (even though Kawakubo herself hates to be interpreted): in their wildly exaggerated silhouettes, Kawakubo’s dresses can be read as Zen koan poems that meditate on the essence of mu (emptiness) and ma (space).

Kawakubo is a very private figure and has been reluctant to explain her work. In a rare interview with Andrew Bolton, curator in charge of the Costume Institute, she began by saying “I hate interviews.” And after declining many exhibitions, she finally agreed to stage this one at the Met because, at age 74, she wanted to create a model for people to refer to after she is gone. So in a sense, Kawakubo has offered us a Eulogy – one that isn’t entirely complete – that can be used as we like to peer into her mind and understand how genuinely transformative her creations are. 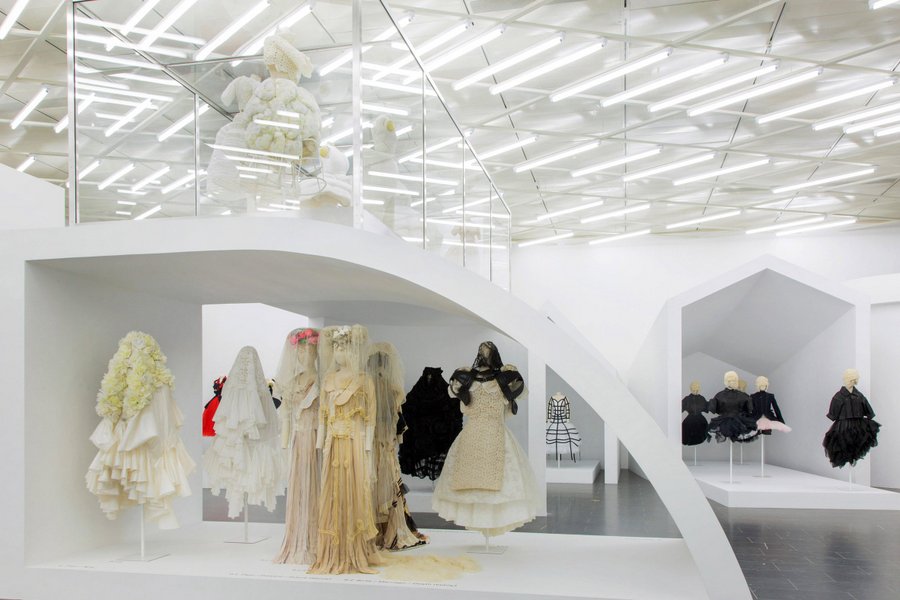 “Then/Now” which focuses on the designer’s relationship to time 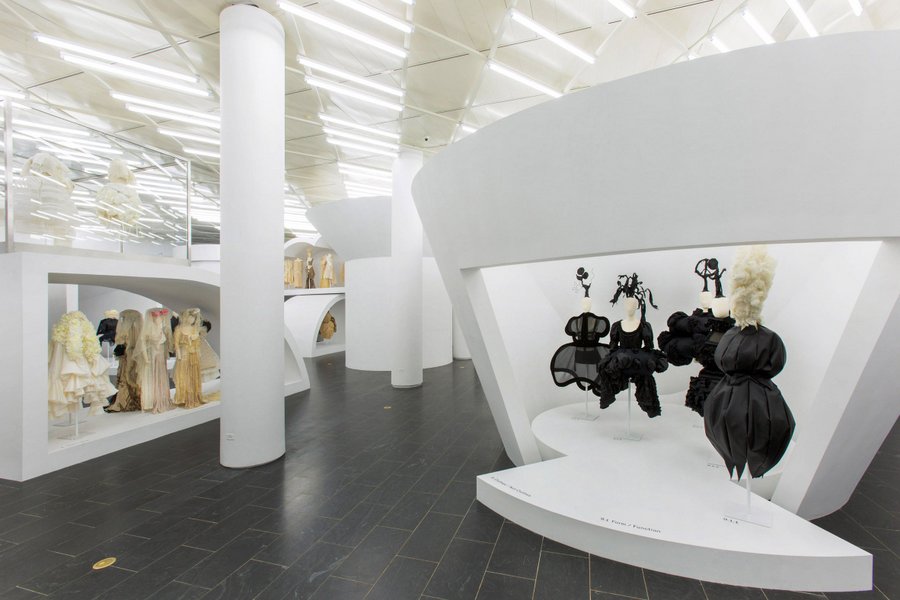 “Form/Function” features Not Making Clothing, the first collection Kawakubo produced in response to her aspiration to design “objects for the body.” 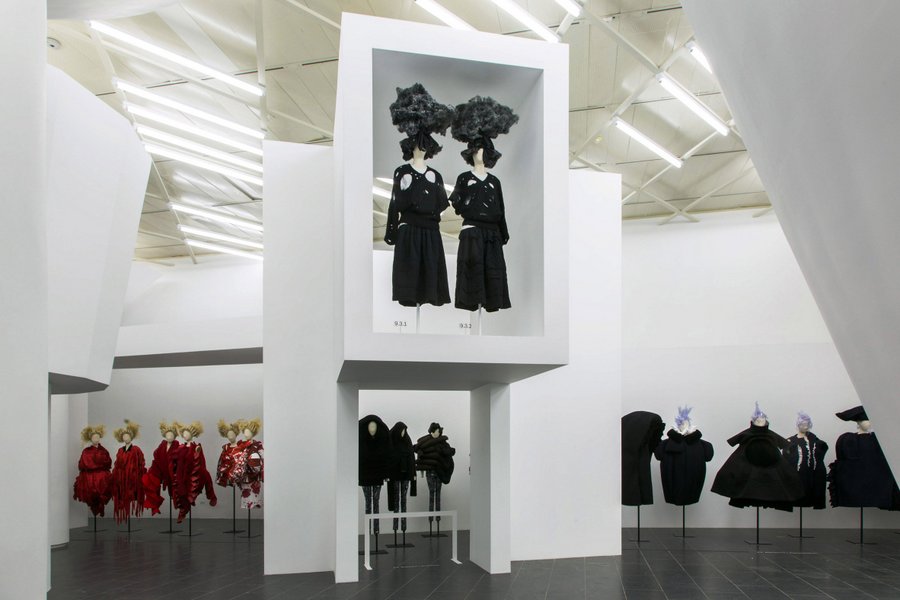 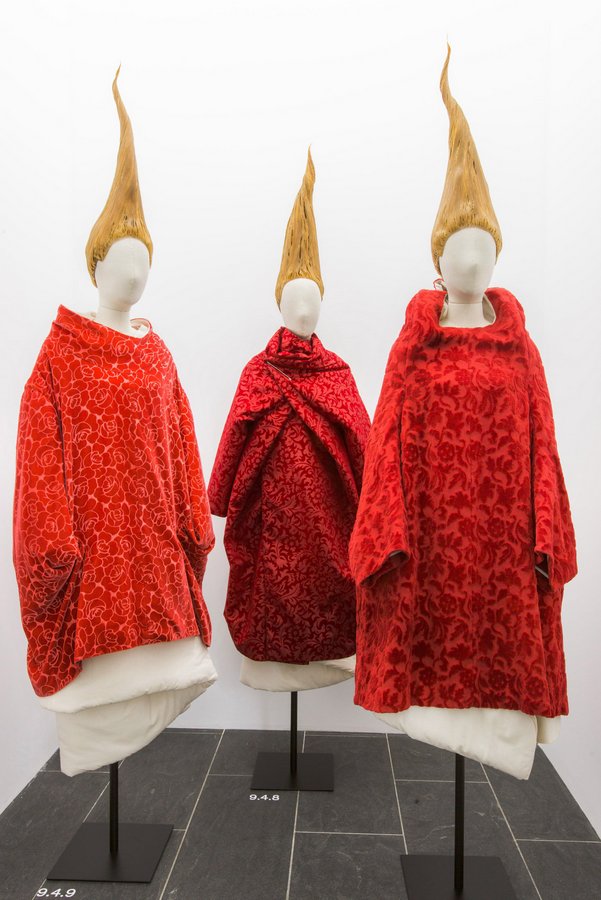 “Flowering Clothes” focuses on flowers as positive symbols of energy, strength, and happiness 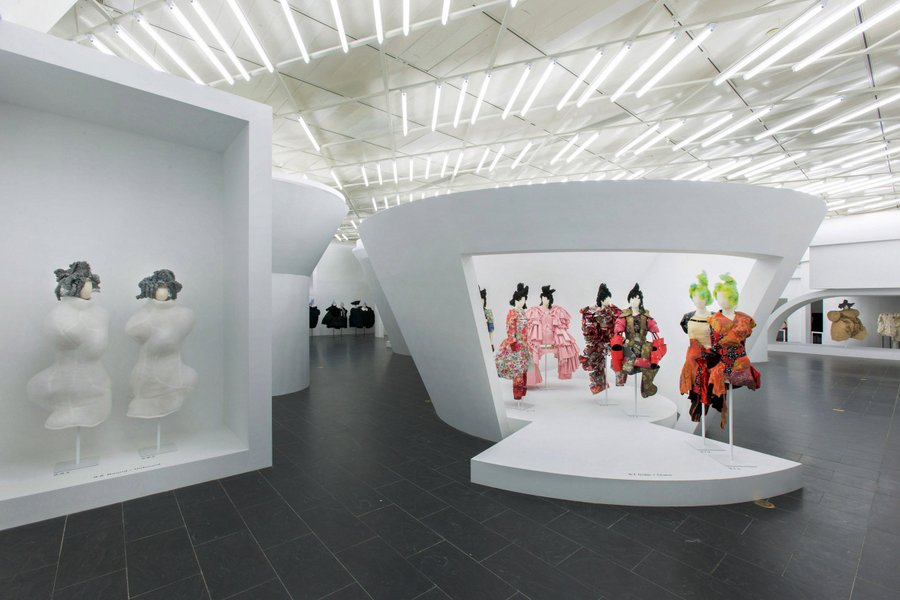 the dynamic between tradition and transgression is examined in “Order/Chaos” through her collection 18th-Century Punk. 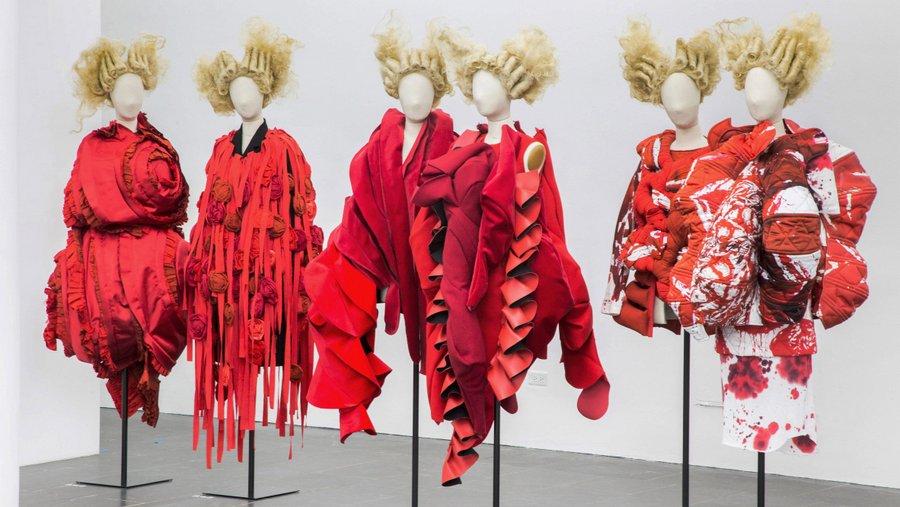 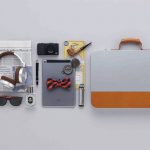 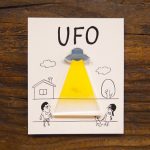 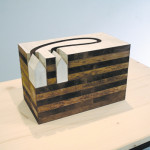 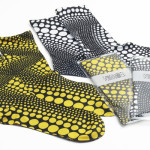