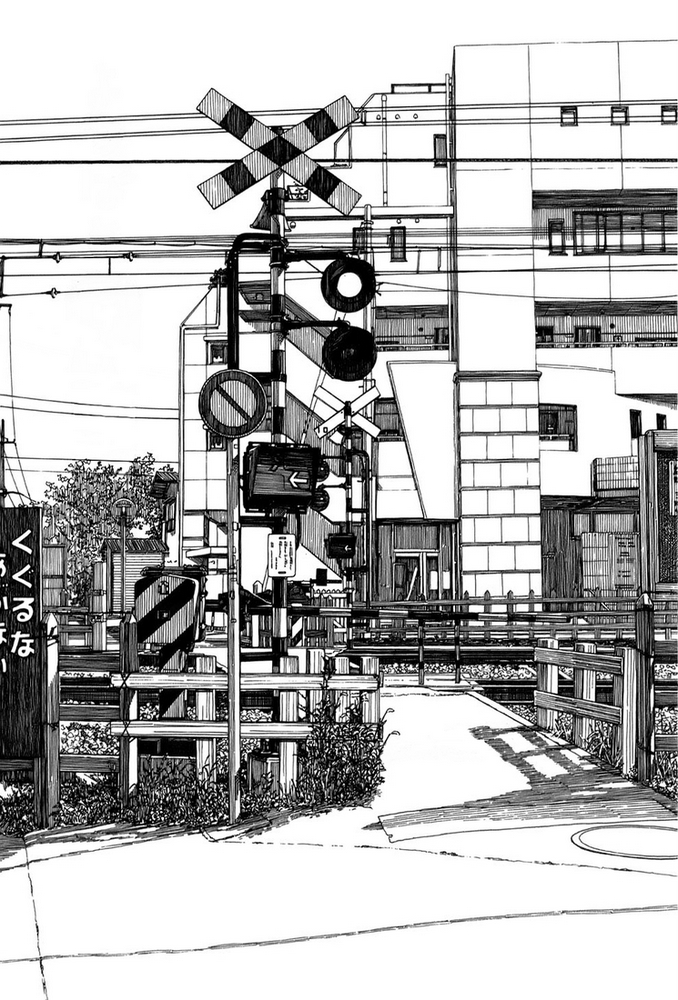 Kiyohiko Azuma is a manga artist perhaps best known for his series Yotsuba&! about the naïve 5-year old Yotsuba who humorously stumbles her way through life. Stylistically, Yotsuba is always drawn more cartoonishly while her surroundings take on a different, more realistic look. And the astounding level of detail that can go in to some of Azuma’s backgrounds can render them as standalone works of art. 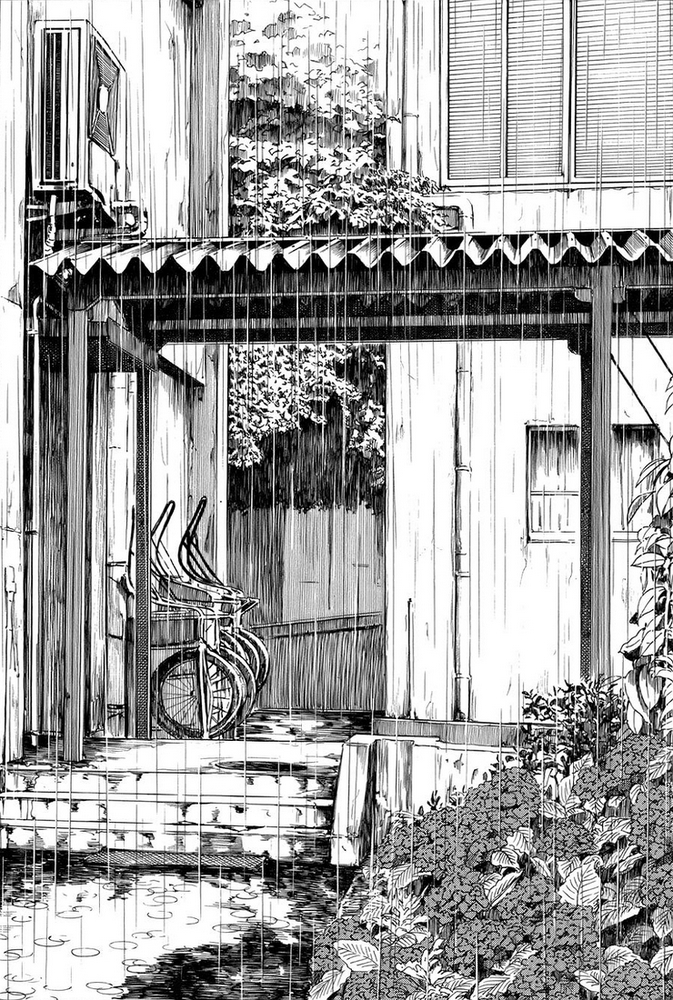 In a 2014 interview, Azuma talks about realism vs cartoonish characters saying that “I lean toward realism, but at the same time, it’s not like I’m trying to make things actually realistic – what I’m going for is more like having a somewhat strange character within a realistic world. Now, that’s pretty standard in manga, but what I’m aiming for is to strike the right balance of being ‘somewhat’ strange – not too out there, but not too normal, either.”

Indeed, the technique has been around for a while. One of its first proponents was manga artist Shigeru Mizuki, creator of of GeGeGe no Kitaro.

Azuma’s sketches of urban landscapes can be found over on this Tumblr and also on DesignStack. They’re typically nondescript locations that are quiet and devoid of people (except for the occasional appearance of Yotsuba) but they feel normal and familiar, even nostalgic at times. If you’ve ever been to Japan surely you’ve encountered any number of these scenes. 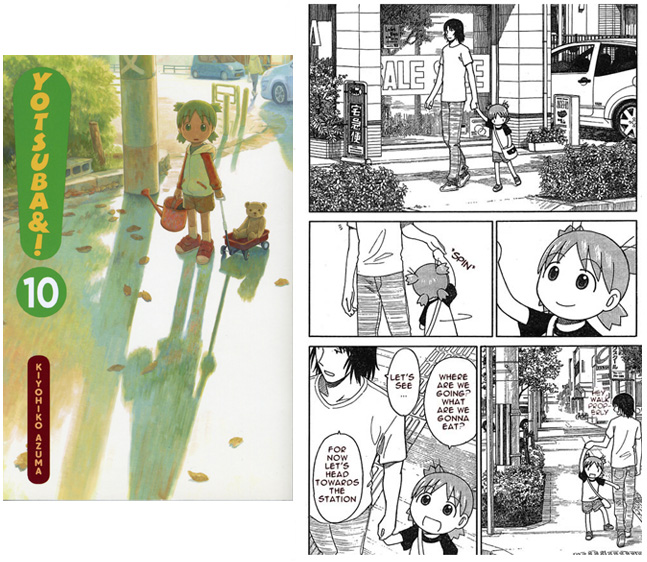 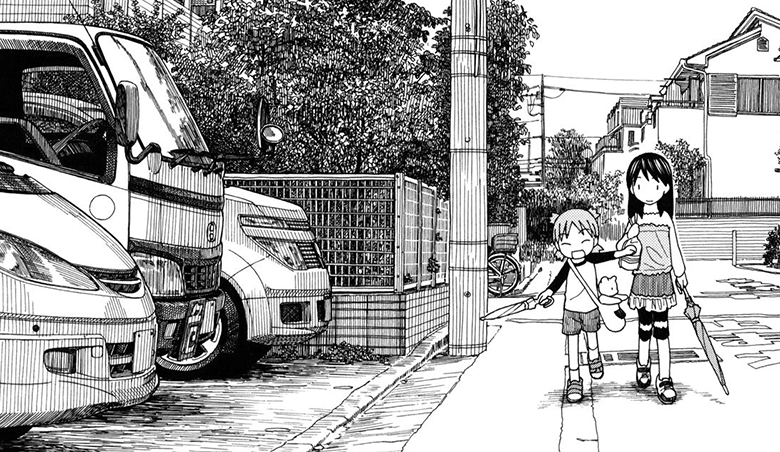 the cartoonishly-drawn Yotsuba appears within her more realistic world 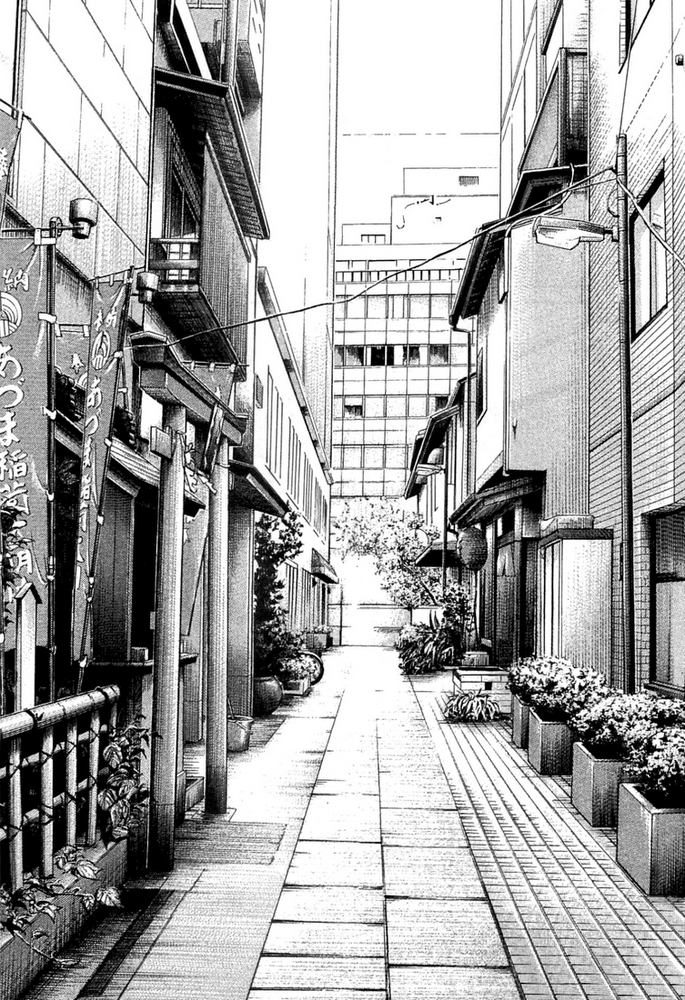 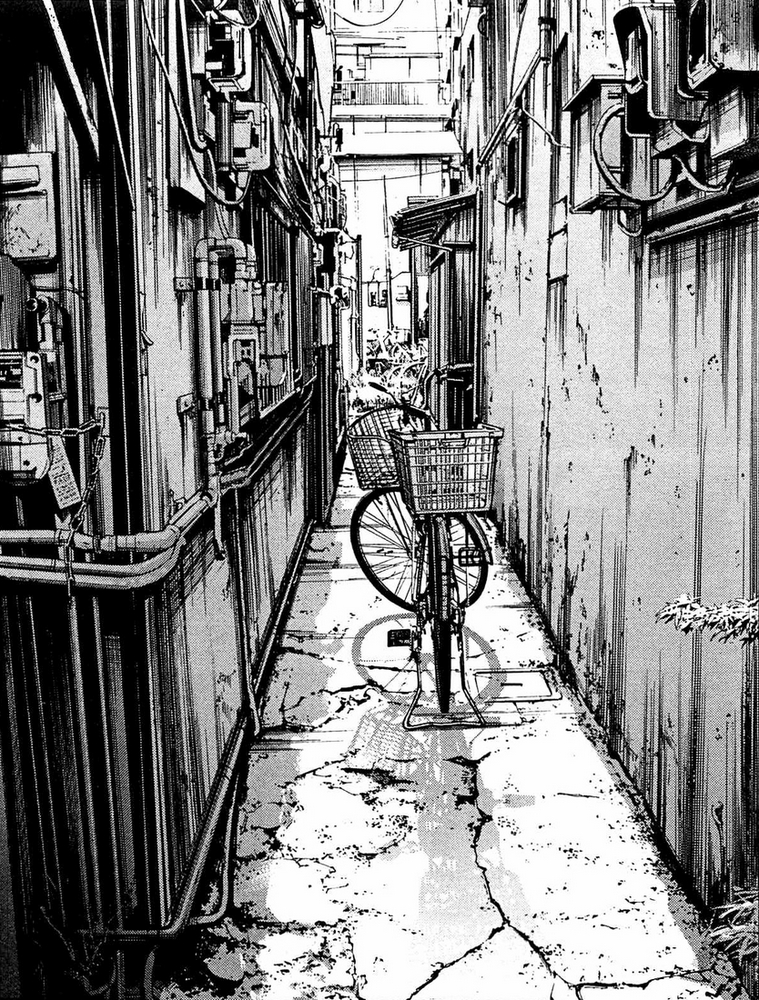 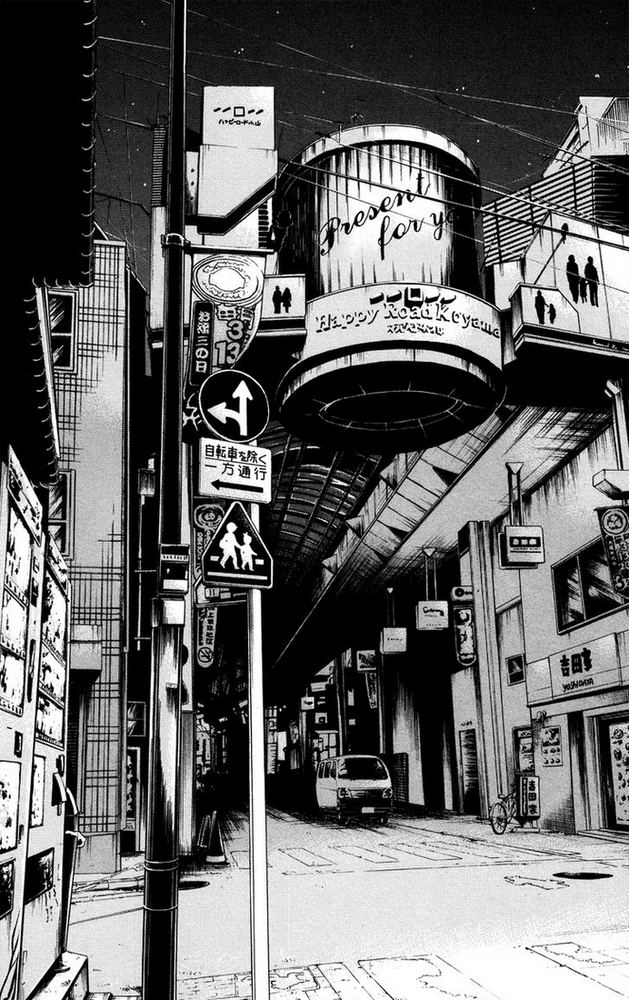 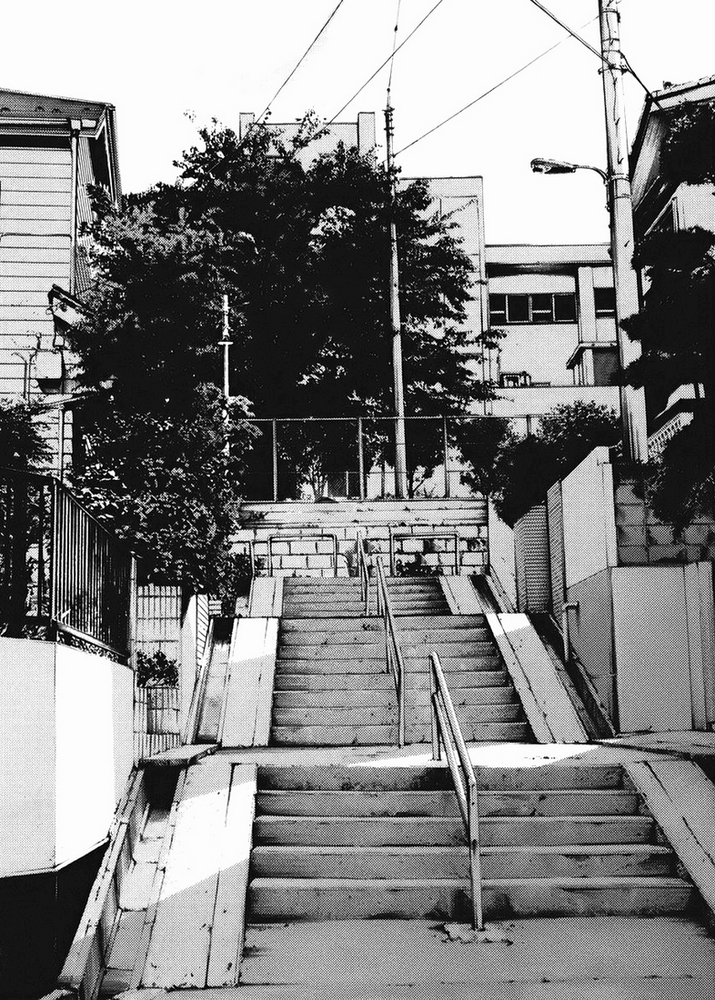 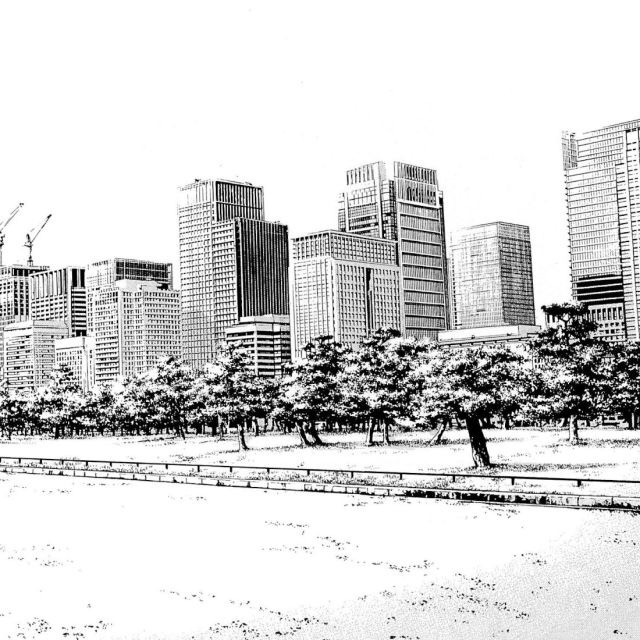 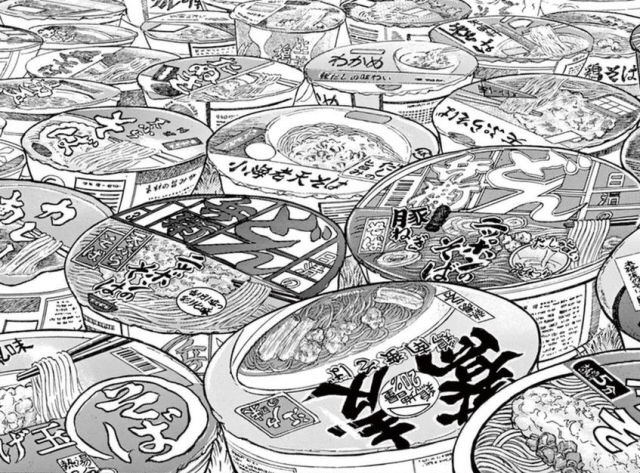 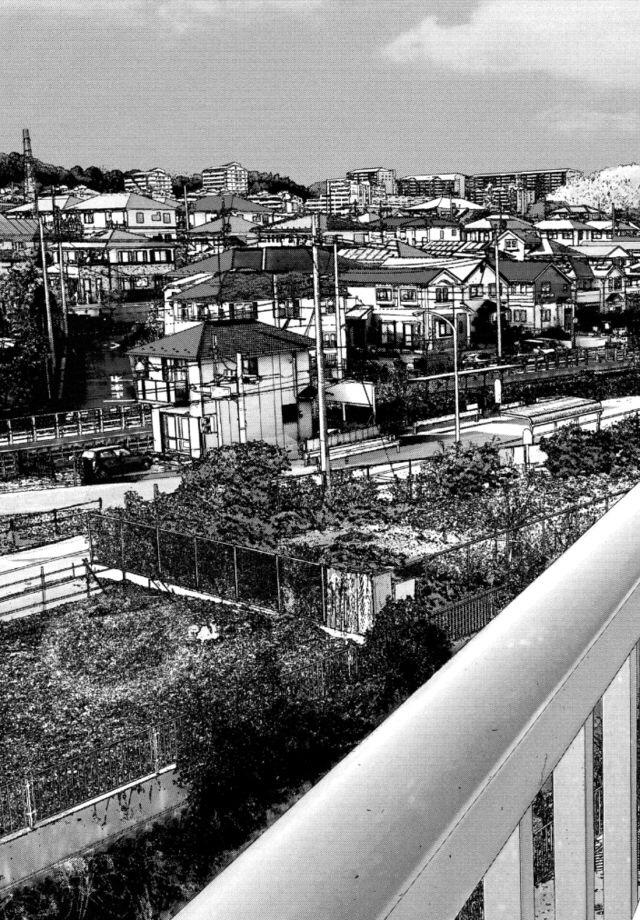 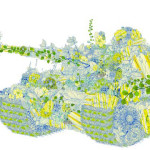