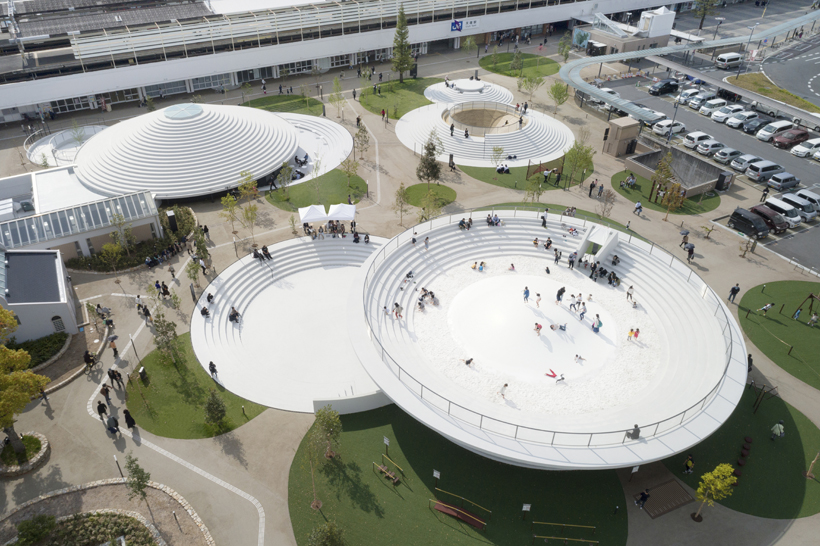 CoFuFun, not to be confused with covfefe, is a new multipurpose plaza outside Tenri Station in Nara prefecture that opened in April. Located roughly an hour south of Kyoto, Tenri is a spiritual region with dozens of temples and sacred tomb mounds called cofun that are thought to be 1600 years old and where many emperors and empresses were buried.

It is these mounds that inspired the design studio nendo to punctuate the plaza with a series of mounds that functioned as a cafe and retail space, information kiosk, play area for kids, outdoor stage, and meeting space. 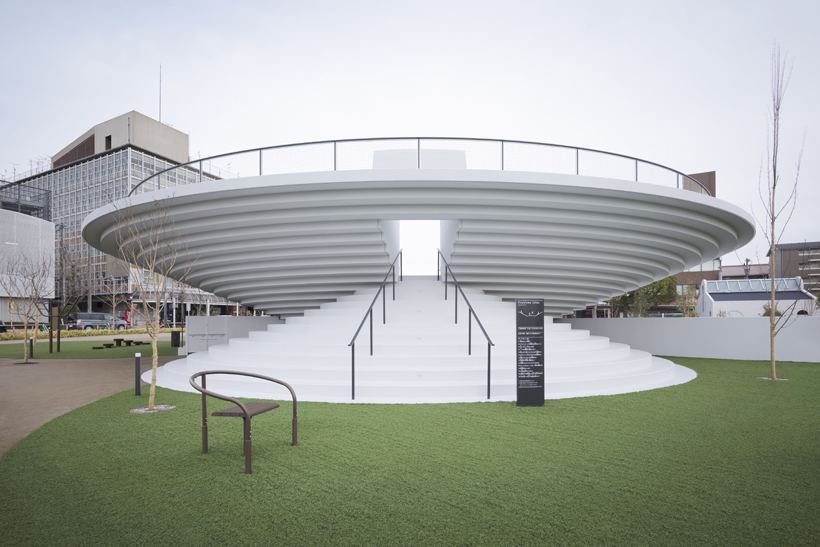 Whereas the cofun themselves are typically covered in grass shrubs and blend into the environment, nendo’s mounds outside the station were made from precast white concrete that makes the resemble flying saucers. When lit up at night, they look particularly futuristic.

“The cofun’s different levels serve a variety of purposes,” explain the designers. “They’re stairs, but also benches for sitting, fences to enclose playing children… This variety creates an environment that encourages visitors to explore and spend time in different spaces within the plaza, rather than limiting their movement to one place. It’s a ‘ambiguous’ space that’s entirely a cafe, a playground and a massive piece of furniture, all at once.”

If you’re planning to visit, be sure to allocate some time to exploring the new plaza. But be careful: you may end up spending more time there than you planned. 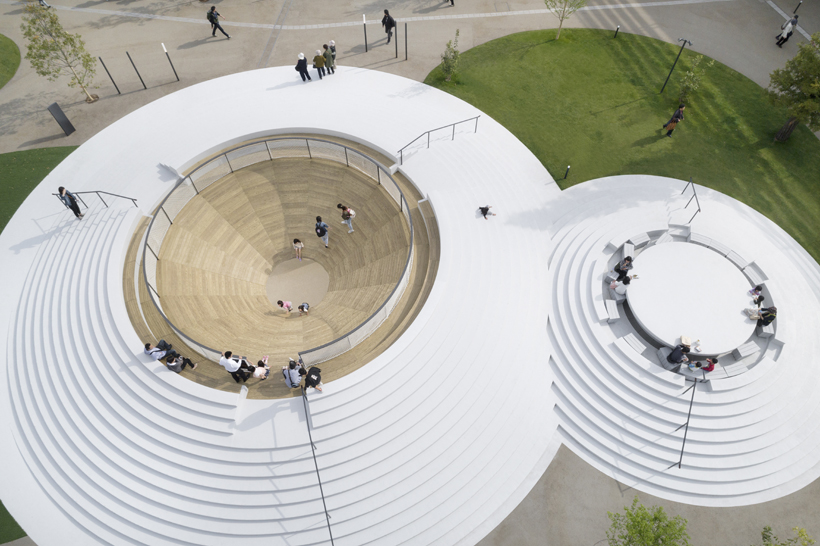 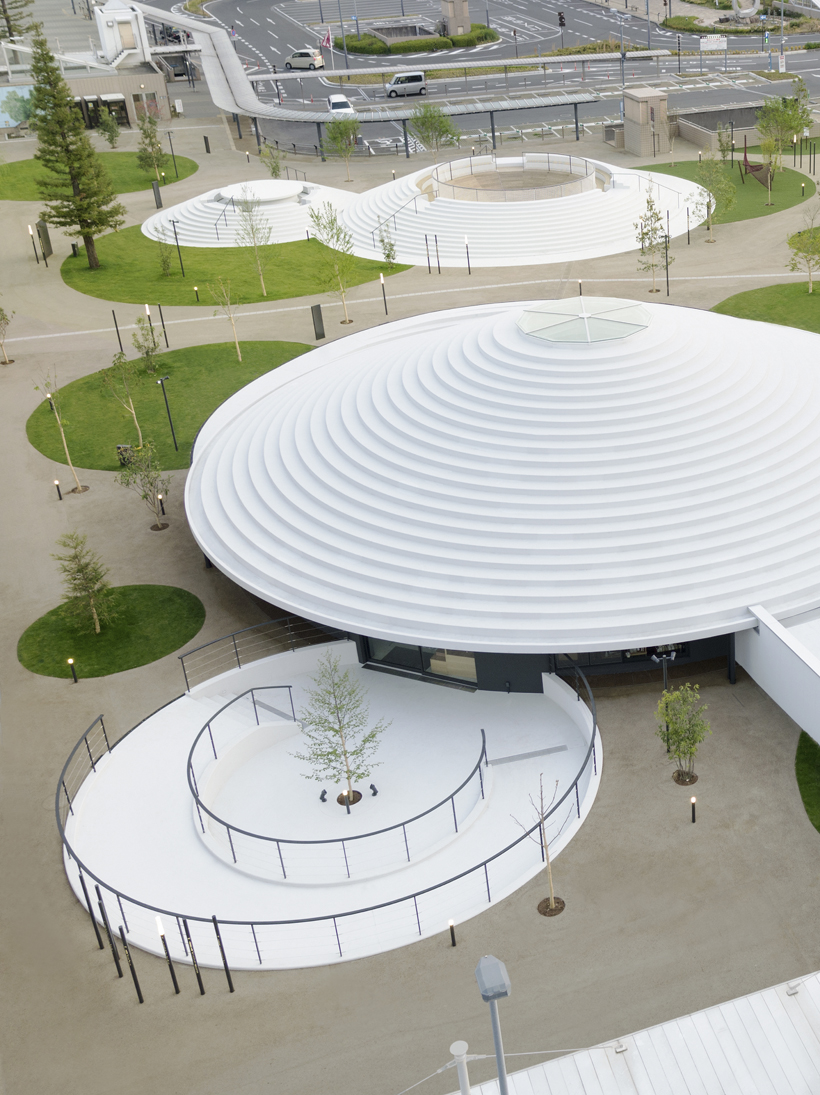 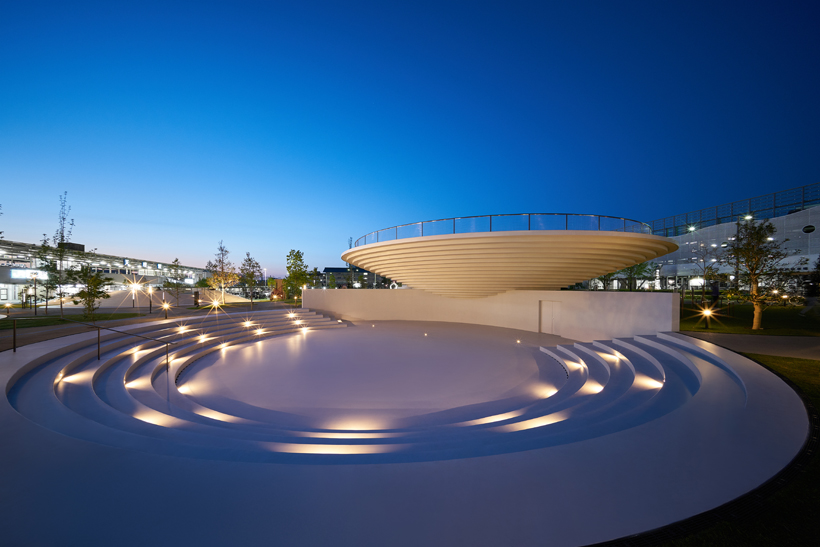 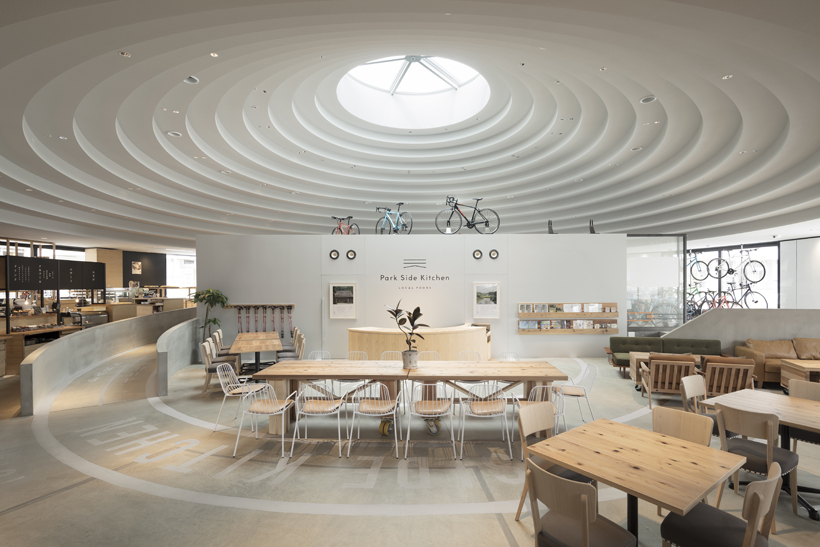 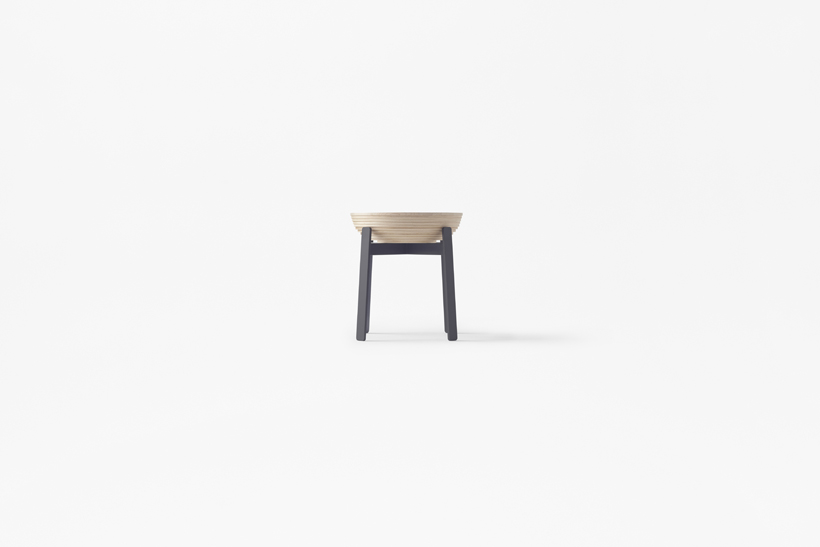 even the furniture is informed by the shape of the cofun 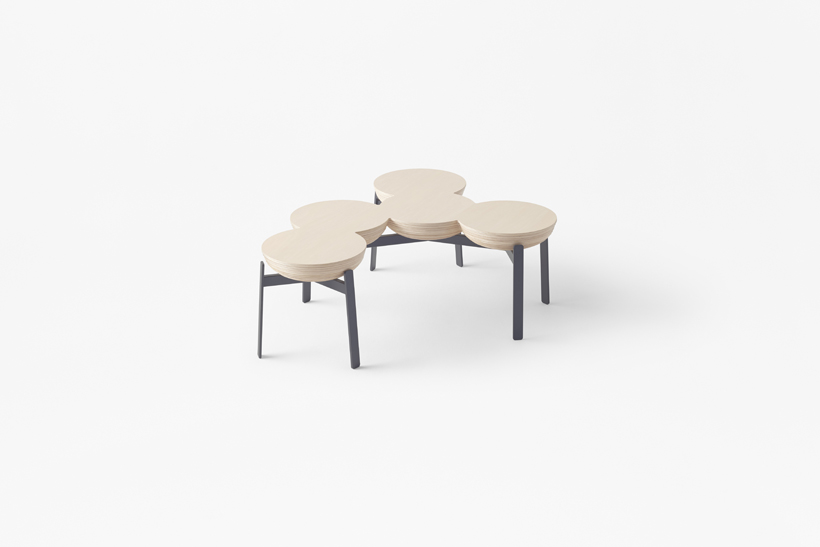 the custom-designed furniture helps maintain consistency throughout the space 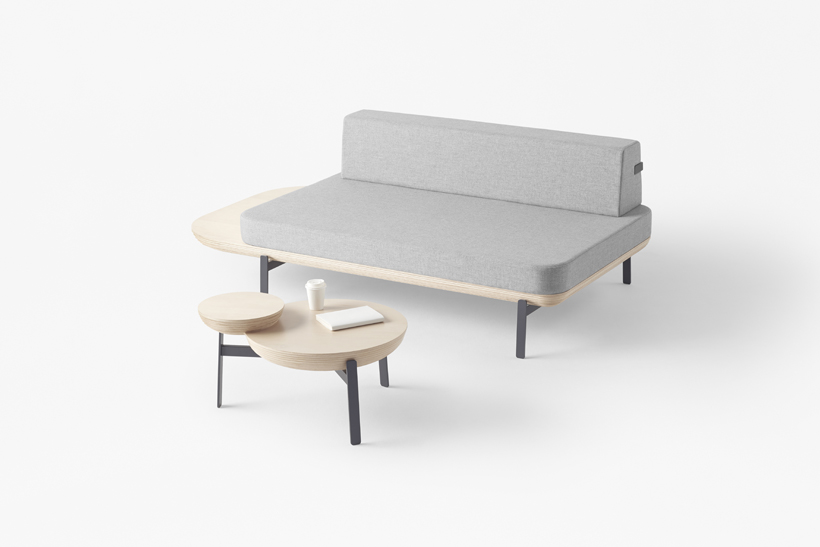 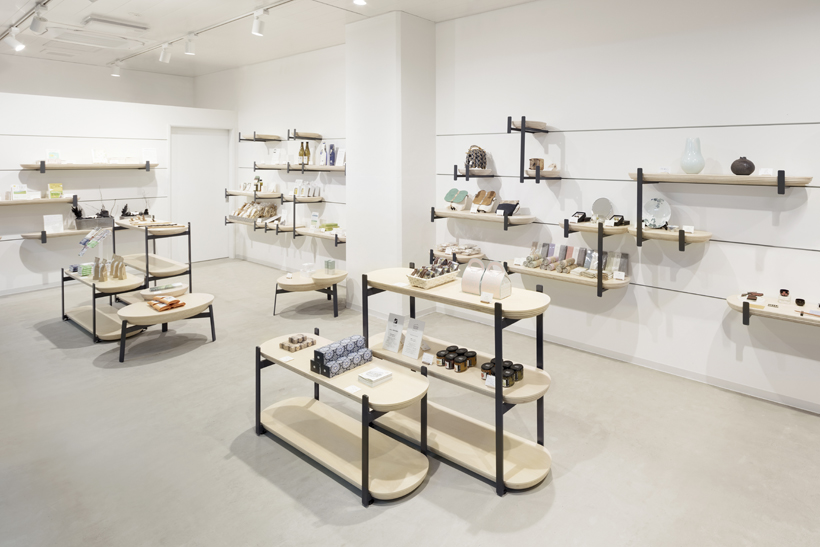 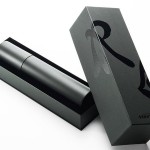 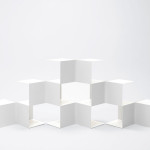