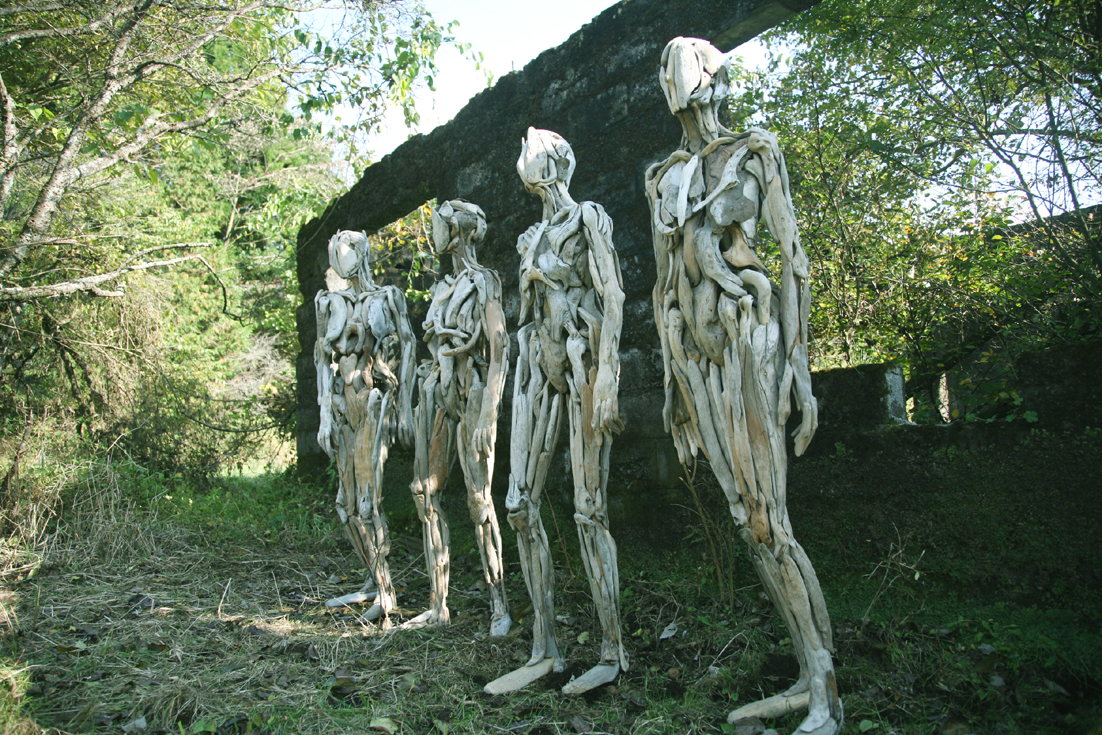 Artist Nagato Iwasaki‘s lifelike driftwood sculptures are perfect examples of the uncanny valley — the feelings of revulsion and uneasiness one experiences from non-human objects that appear a bit too similar to real human beings. Japan seems to excel at this in areas like robotics technology, and indeed, the term “uncanny valley” itself was coined in 1970 by a Japanese roboticist, Masahiro Mori. Iwasaki takes this concept out into nature, blurring the line between flesh and wood. 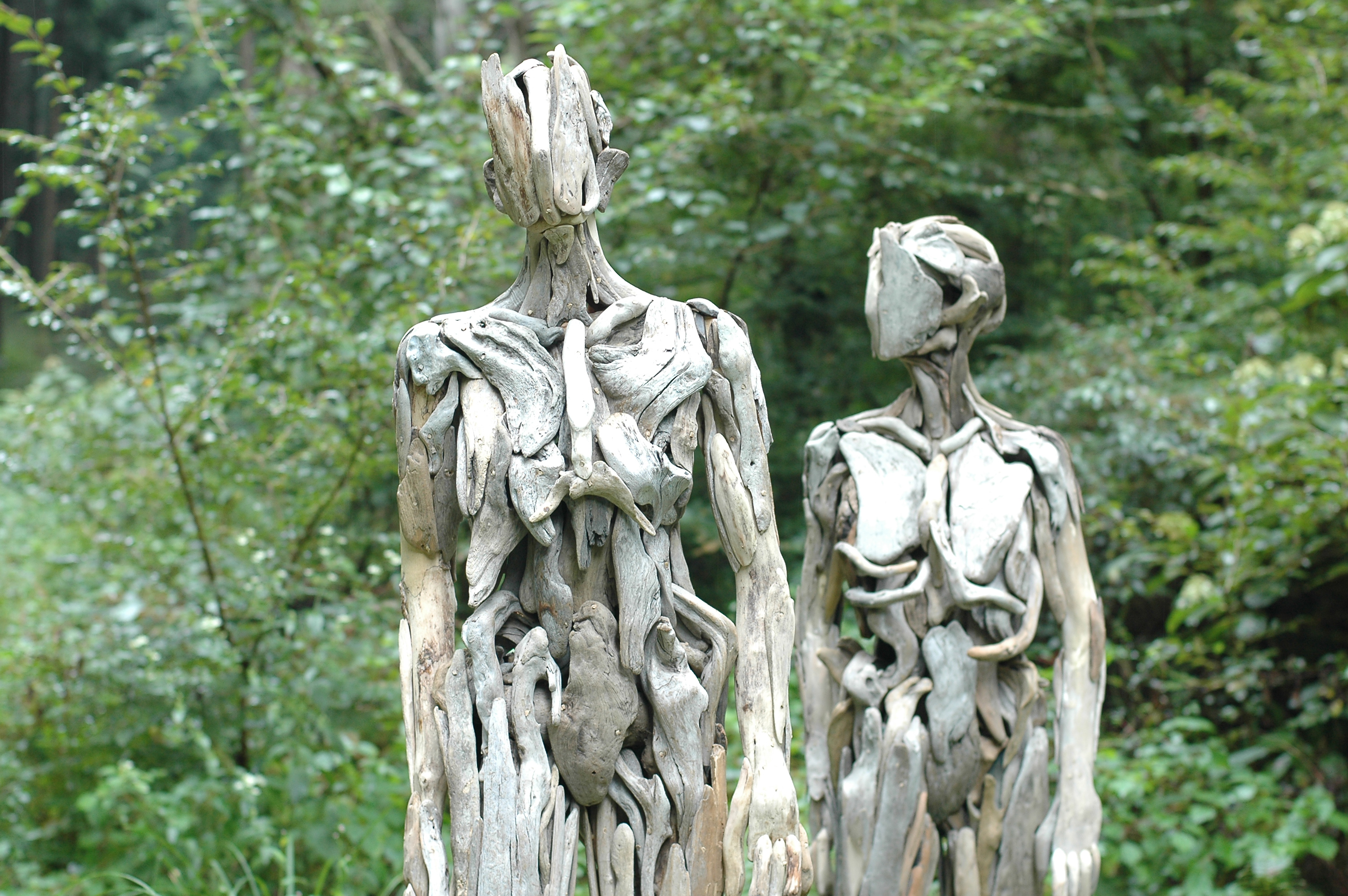 Over the past 25 years, Iwasaki has been crafting these sculptures as part of a collection he simply calls “torso.” The sculptures themselves are life-sized at around 180 centimeters tall, or 5 feet 9 inches and made entirely of driftwood the artist collects in various locations in Japan. No one sculpture is exactly like another which makes them all seem like individuals with their own quirks and personalities. Descriptions of Iwasaki’s sculptures by viewers run the gamut from scary, unsettling, and imposing, to profound, intriguing, and otherworldly. 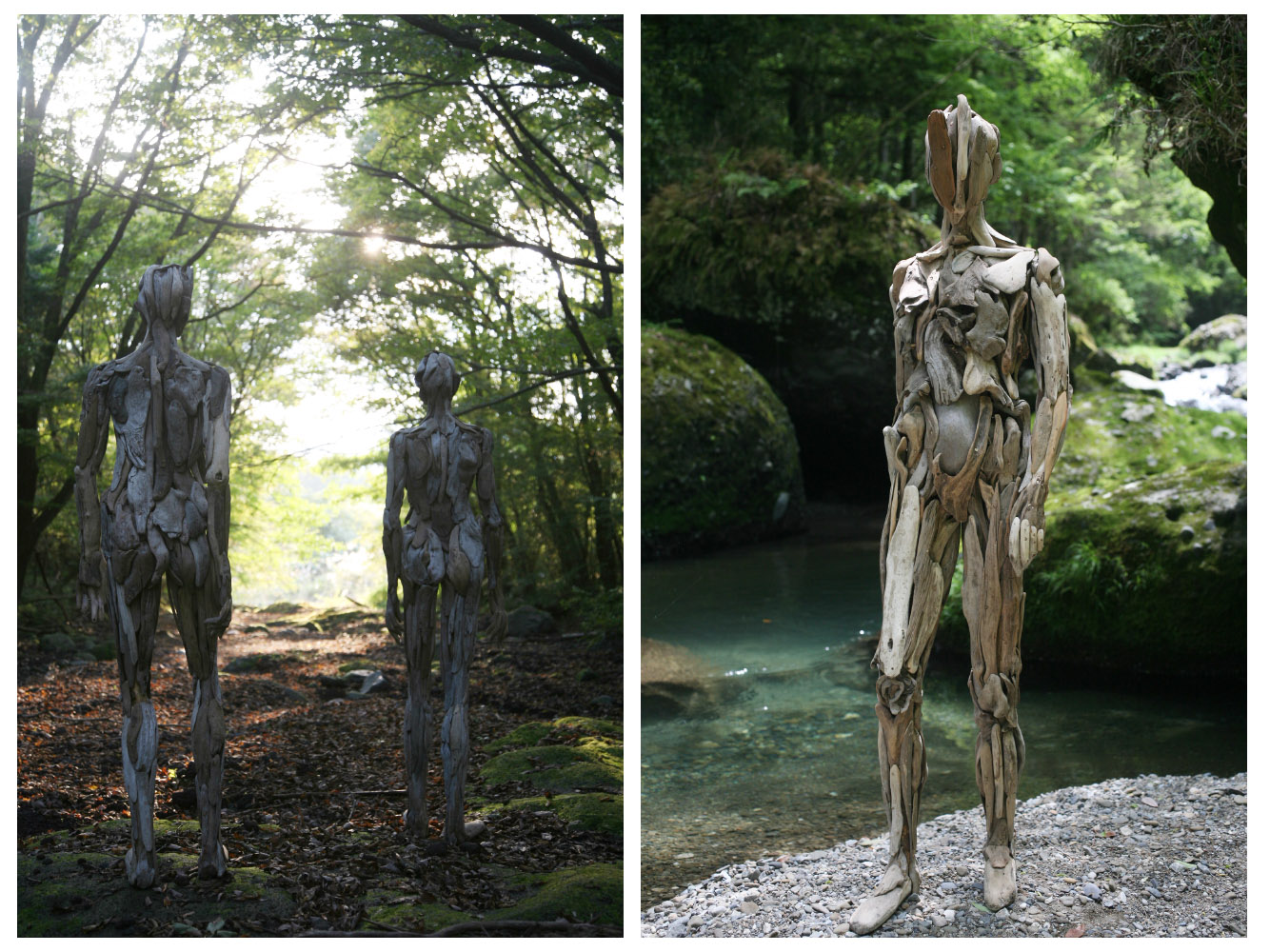 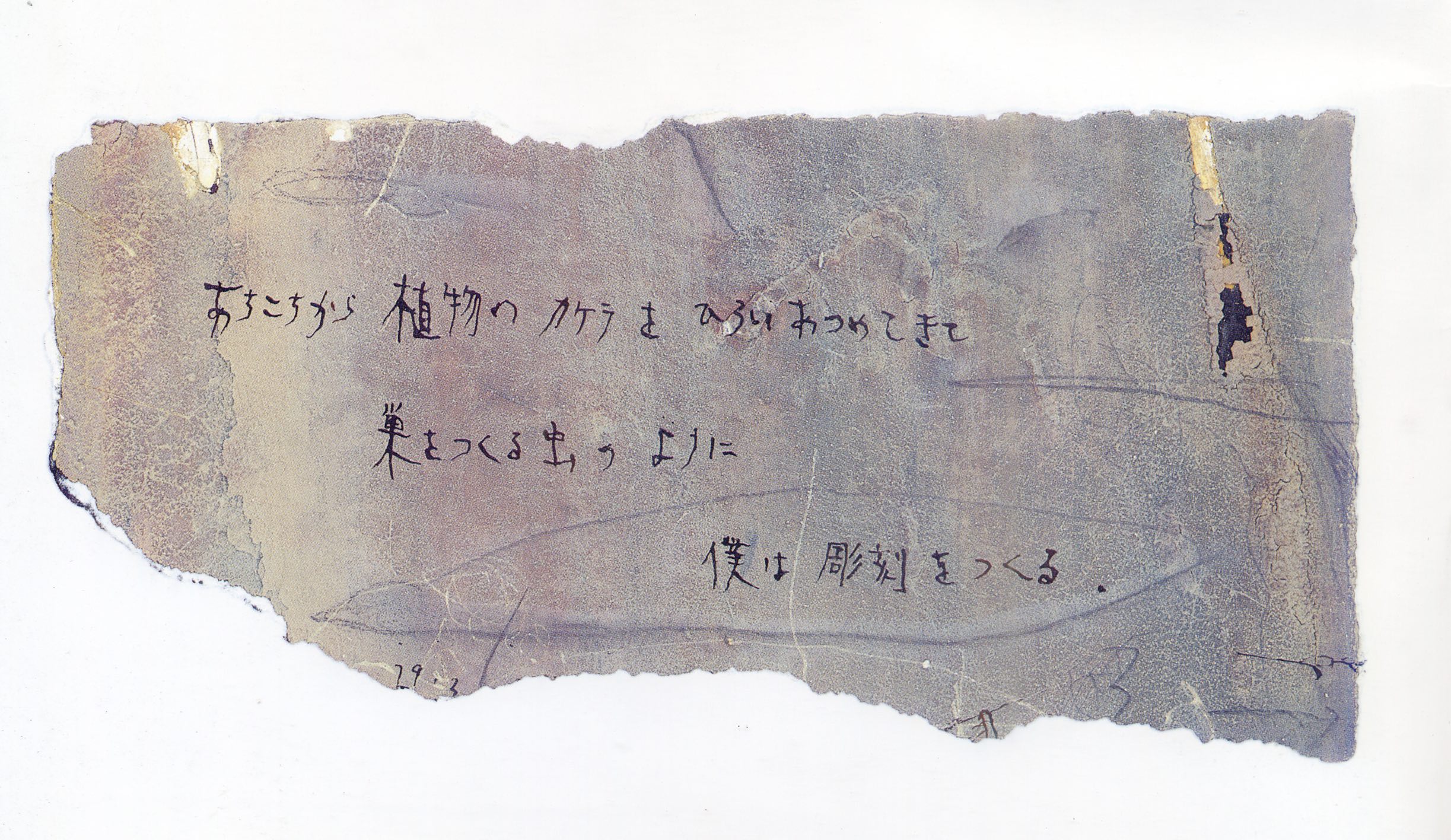 “Gathering bits of wood from here and there, like an insect building a nest, I create sculptures”

Iwasaki’s driftwood sculptures have been exhibited in installations both in Japan and abroad. They have been featured in solo and group exhibitions in the Tokyo area for the past 25 years, and in 1996, a collaboration with fashion designer Yohji Yamamoto was included in that year’s Florence Biennale in Italy. A bit more recently, Tokyo-based indie rock band The Back Horn used Iwasaki’s driftwood sculptures for the cover of their 2008 compilation album. Though there is little written by the artist about his work, perhaps it is intentional as the sculptures themselves are powerful enough on their own. 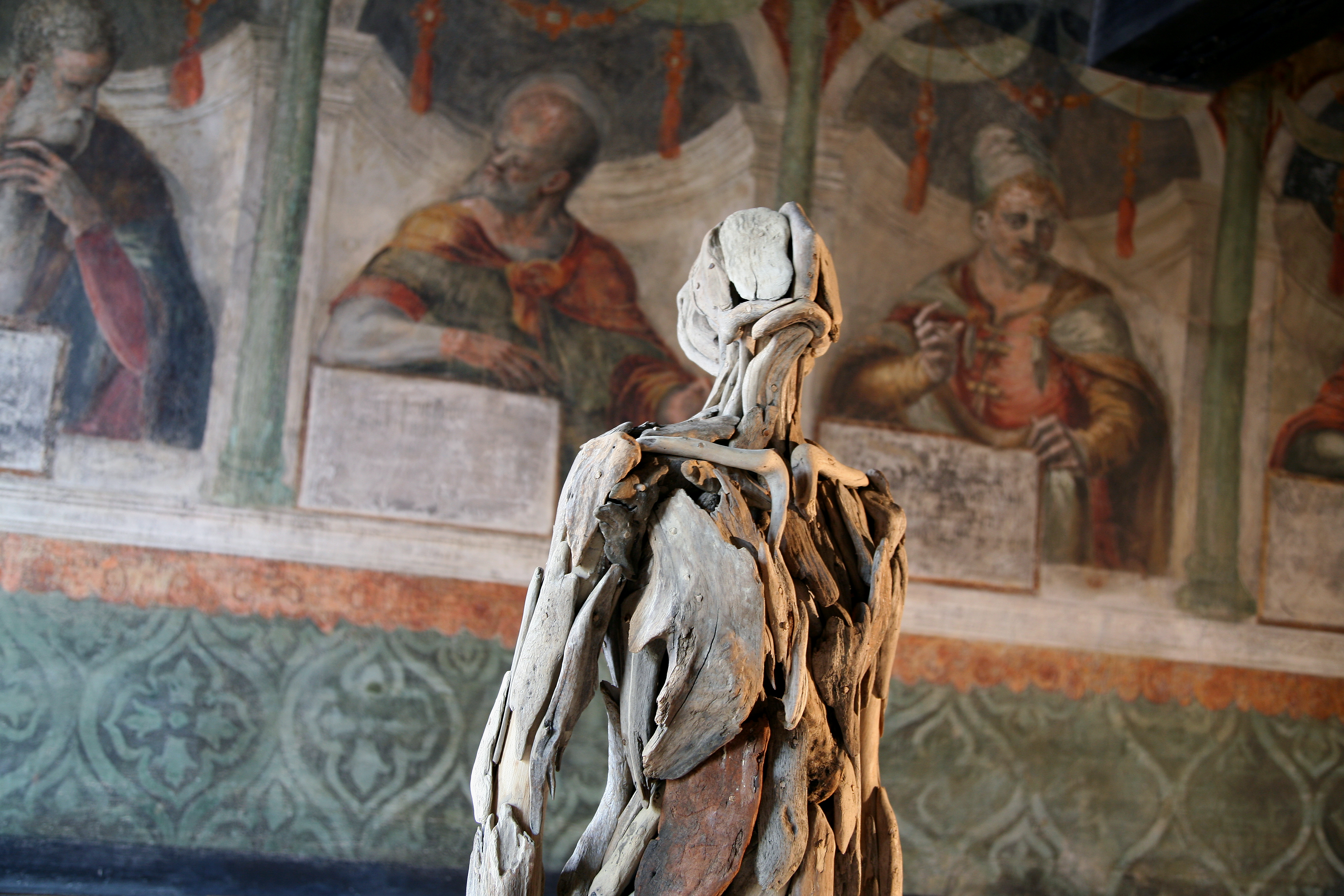 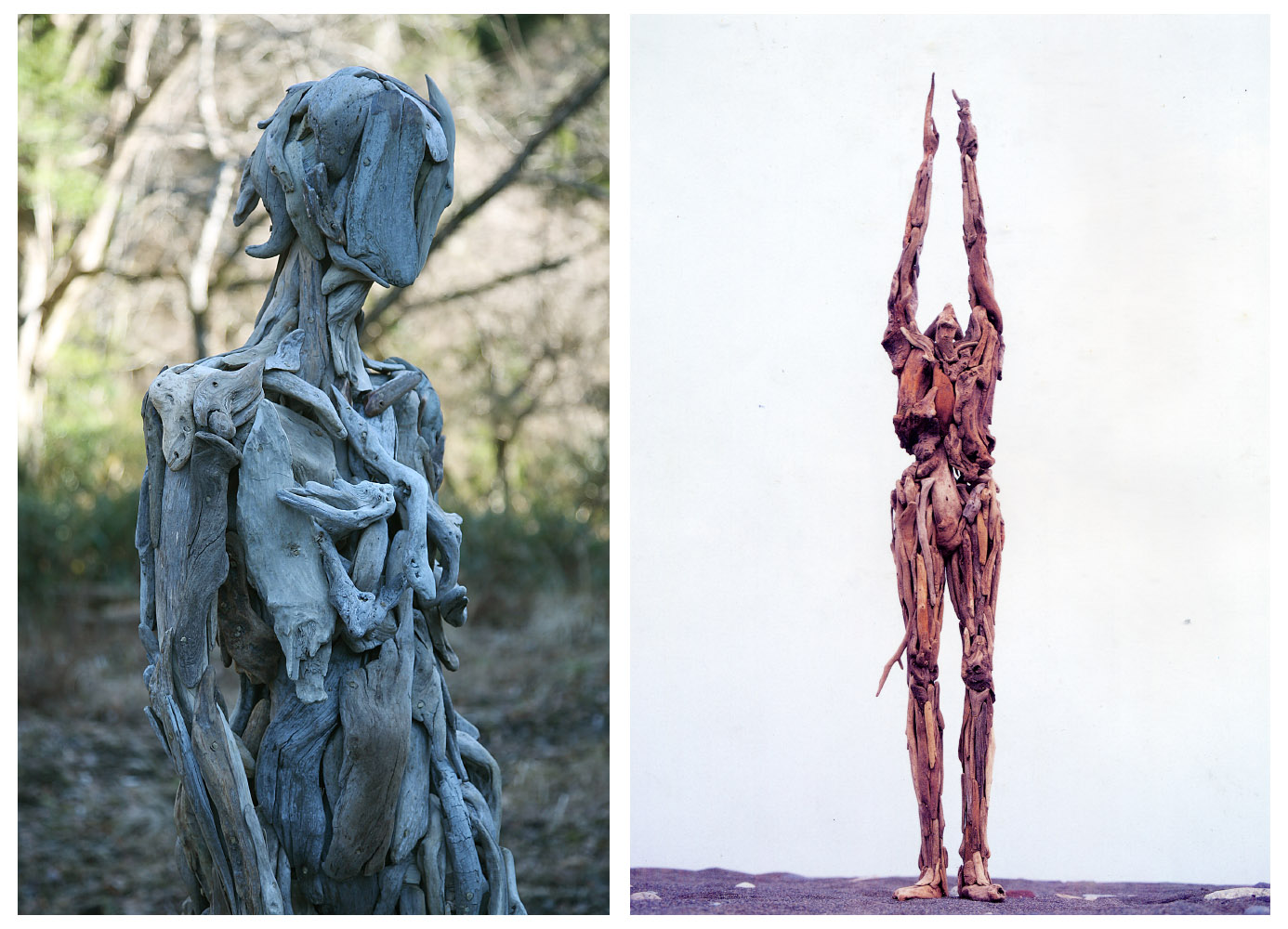 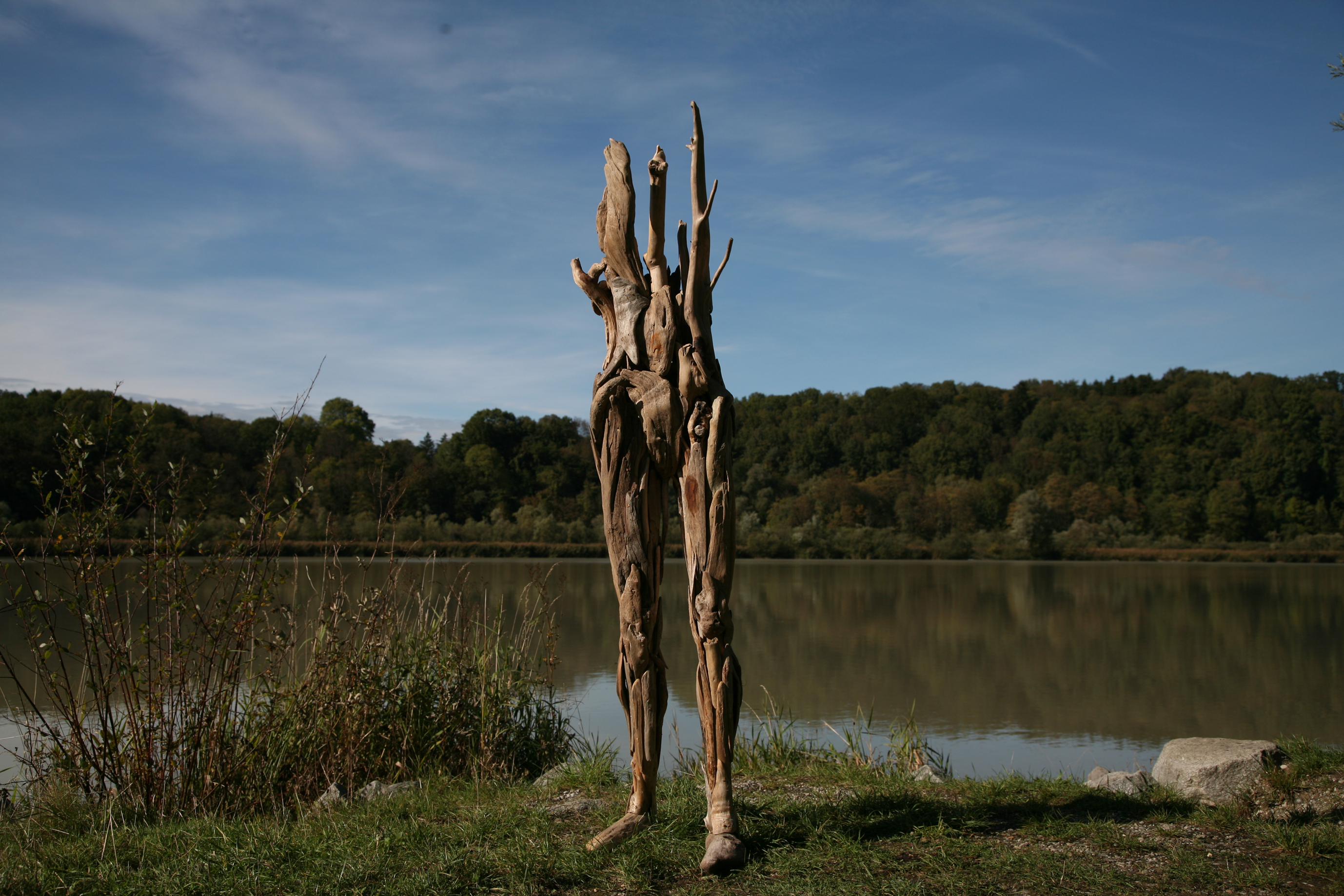 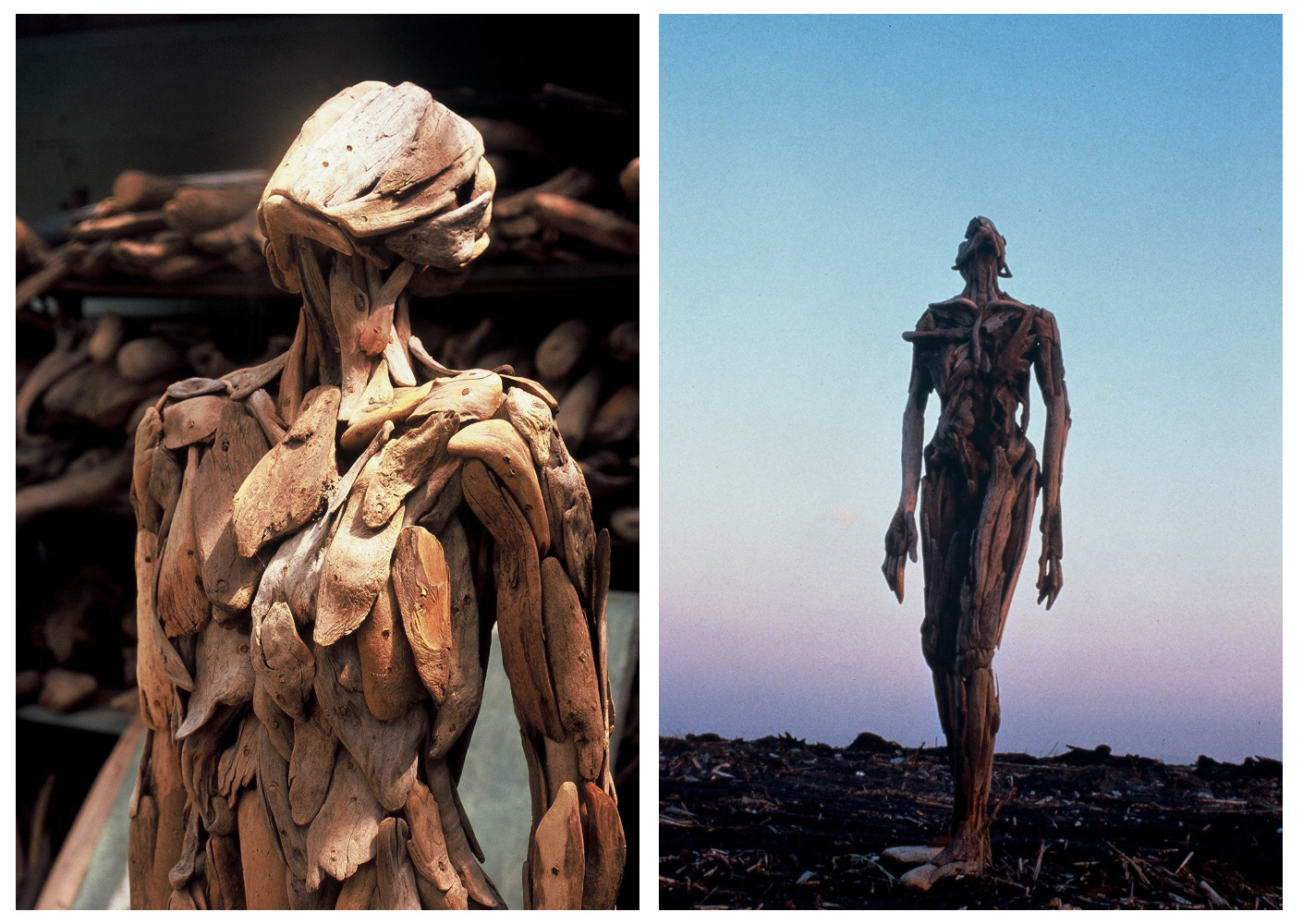 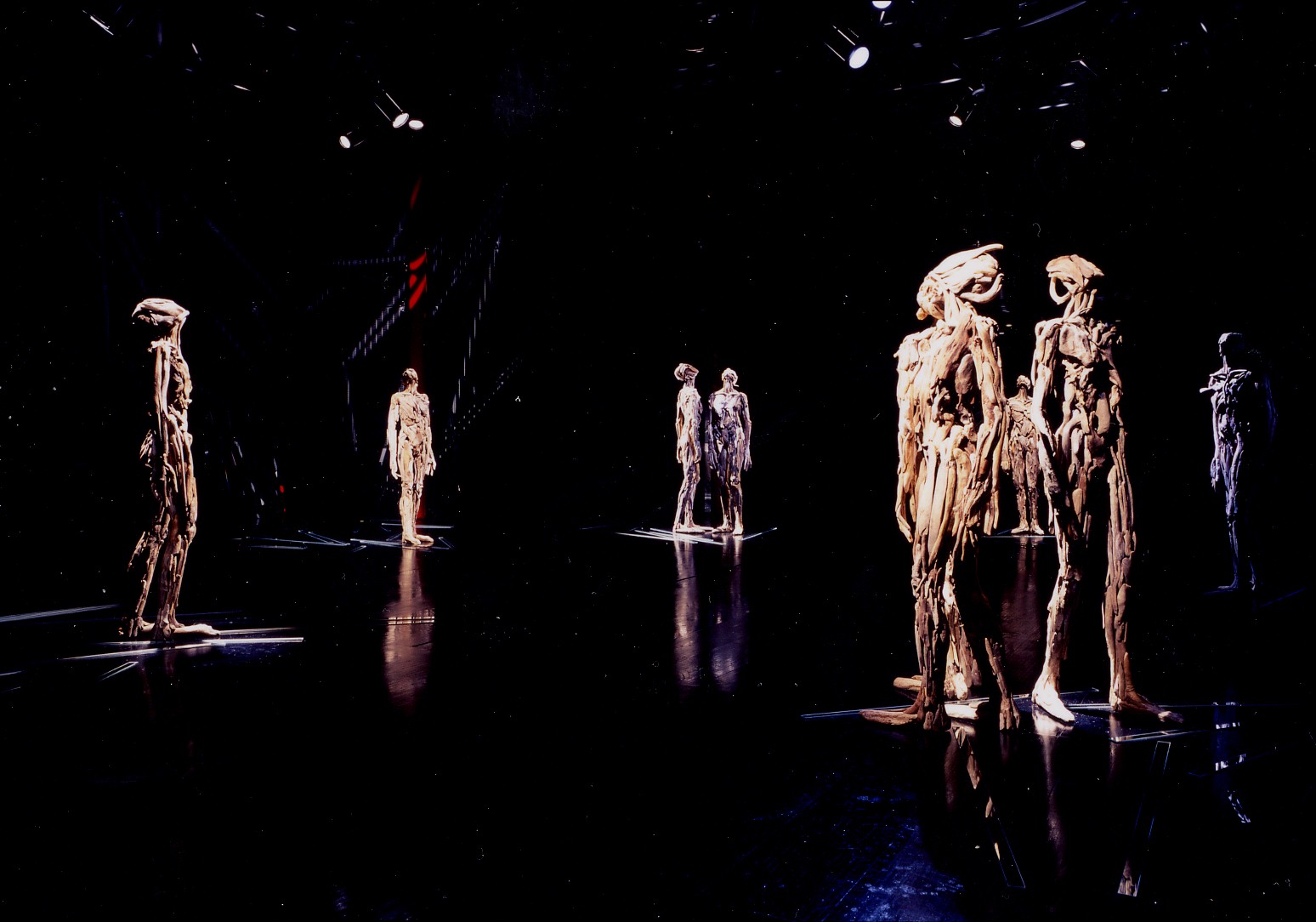