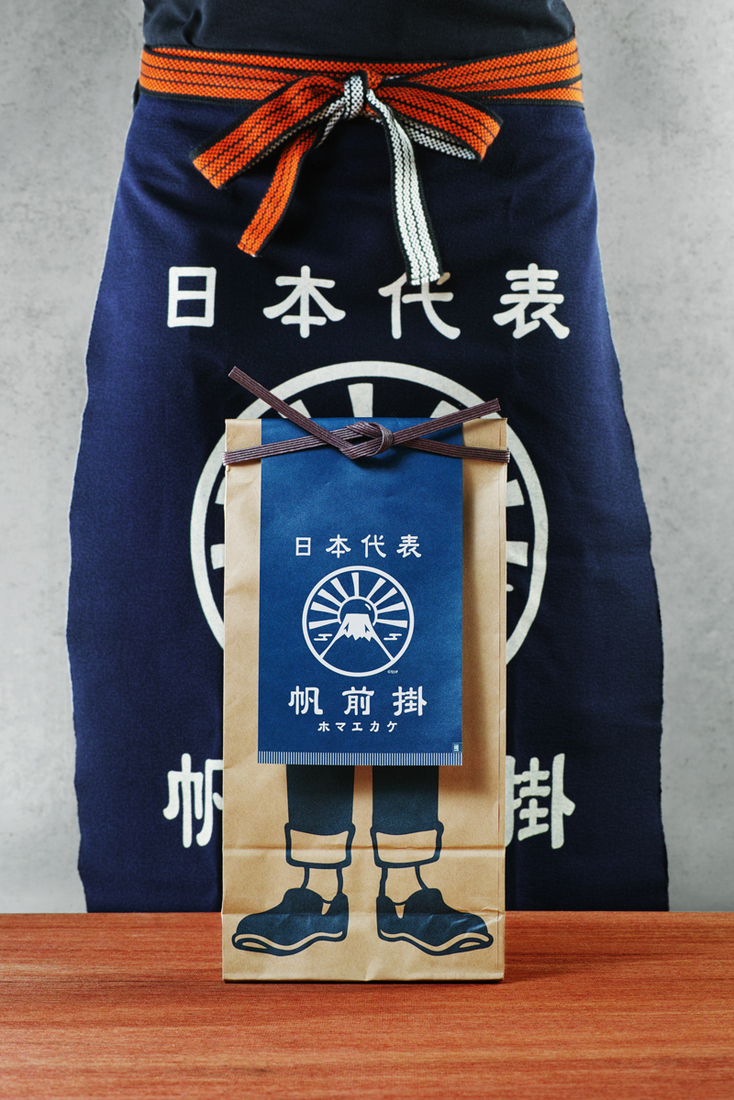 Maekake are a type of Japanese apron that, for hundreds of years, have been favored by the working men and women of rice shops, sake shops, miso shops and other stores that dot Japan’s many shopping streets. They’re typically made from indigo-dyed cotton canvas and feature a thick belt that wraps all the way around the waist and then tied in the front. 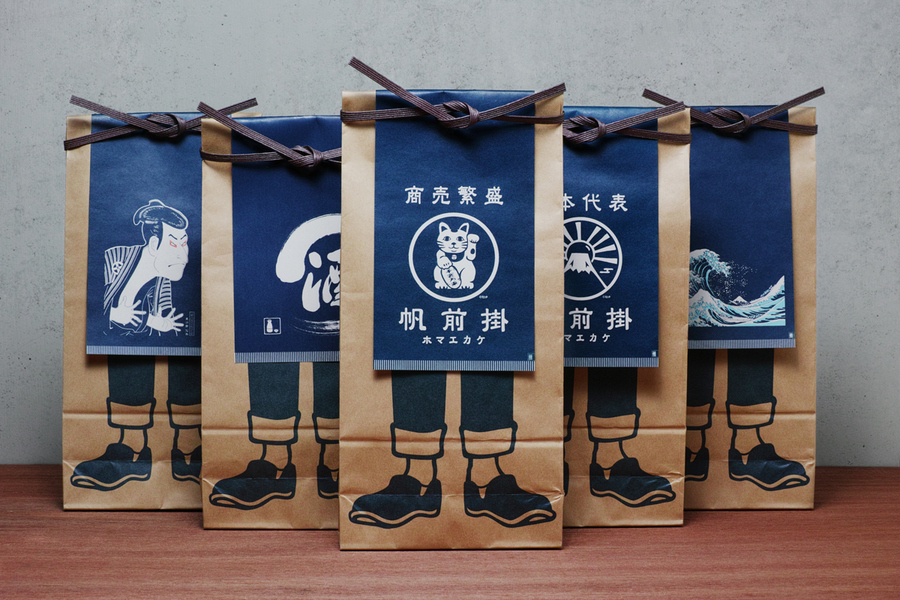 Anything (that’s the name of the company) is a Japanese maekake specialty shop founded in 2000. They source all their maekake from artisans, mostly in their 60s and 70s, who have been crafting the aprons in Ehime prefecture for their entire careers.

They also commissioned Eisuke Tachikawa’s design firm Nosigner to create this clever packaging that resembles bags of rice. Printed on the front is a pair of legs and a sample maekake, printed on paper, hangs from the top so that customers immediately know what design is inside. A traditional mizuhiki knot on top also mirrors the belt that ties around the waist. 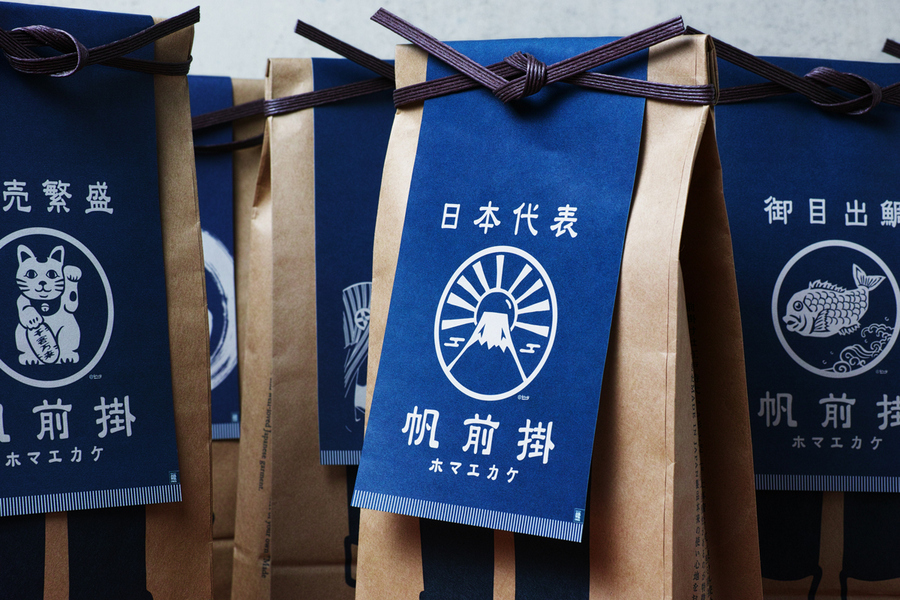 Although it’s a simple design, the maekake apron serves multiple purposes. Those who engage in heavy manual labor like lifting crates of beer or bags of rice claim they’ve never had back trouble thanks to the support of the thick belt that wraps tightly around the waist. The maekake is also occasionally removed and used as shoulder padding. The thick cotton also kept workers warm in the winter. And although it’s not fire-proof, pottery and glass workers who are often in close vicinity to flames rely on it to protect them from burns. Last but certainly not least the maekake, which often featured the company name and logo, served as an important advertisement for the business. 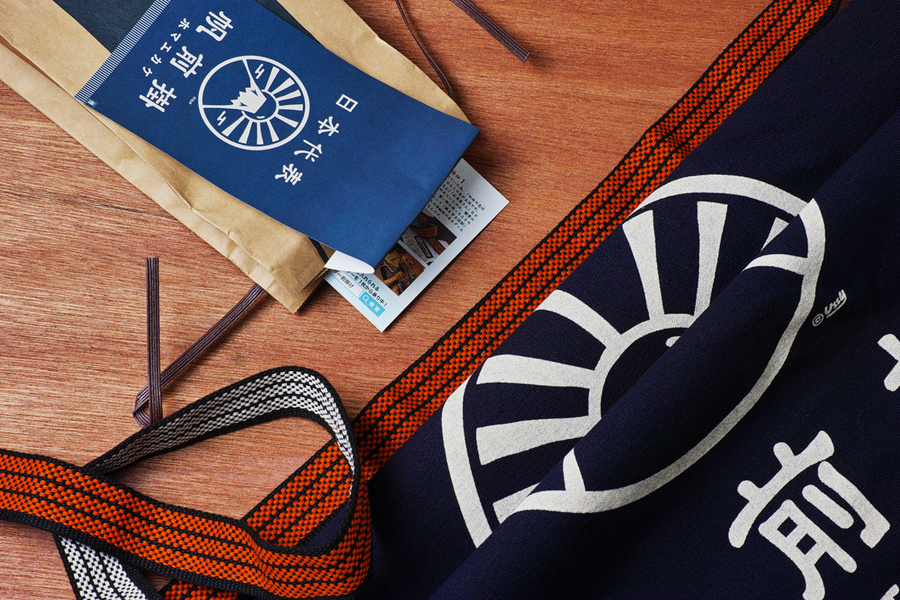 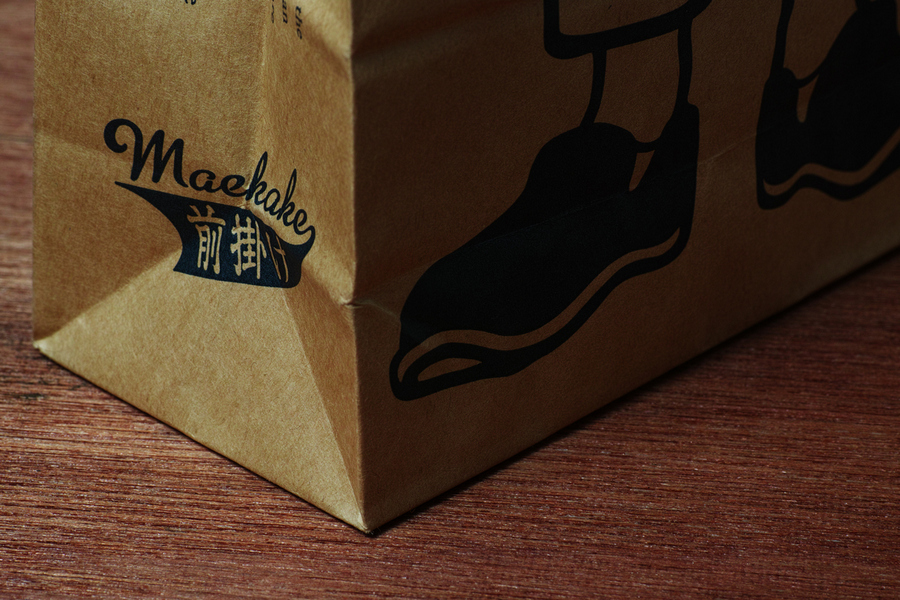 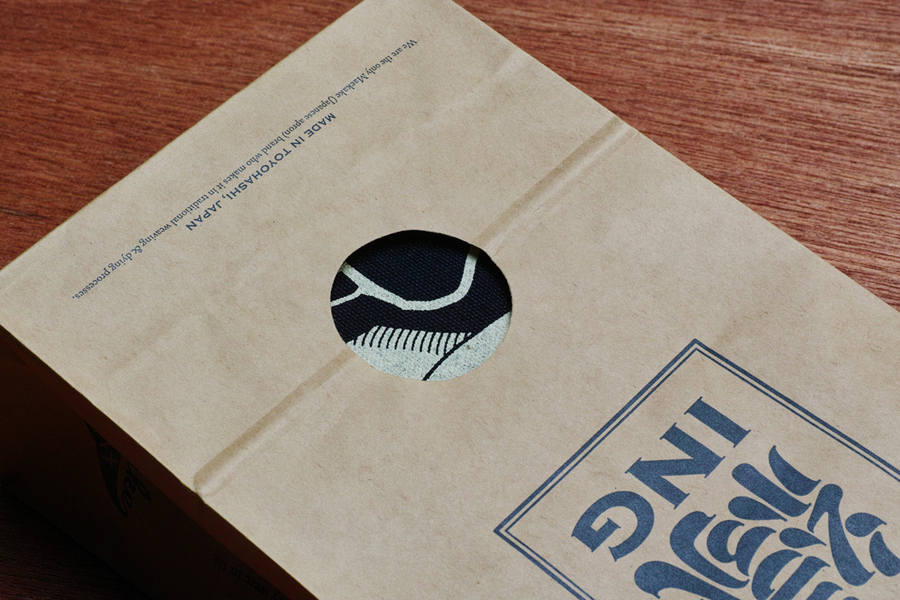 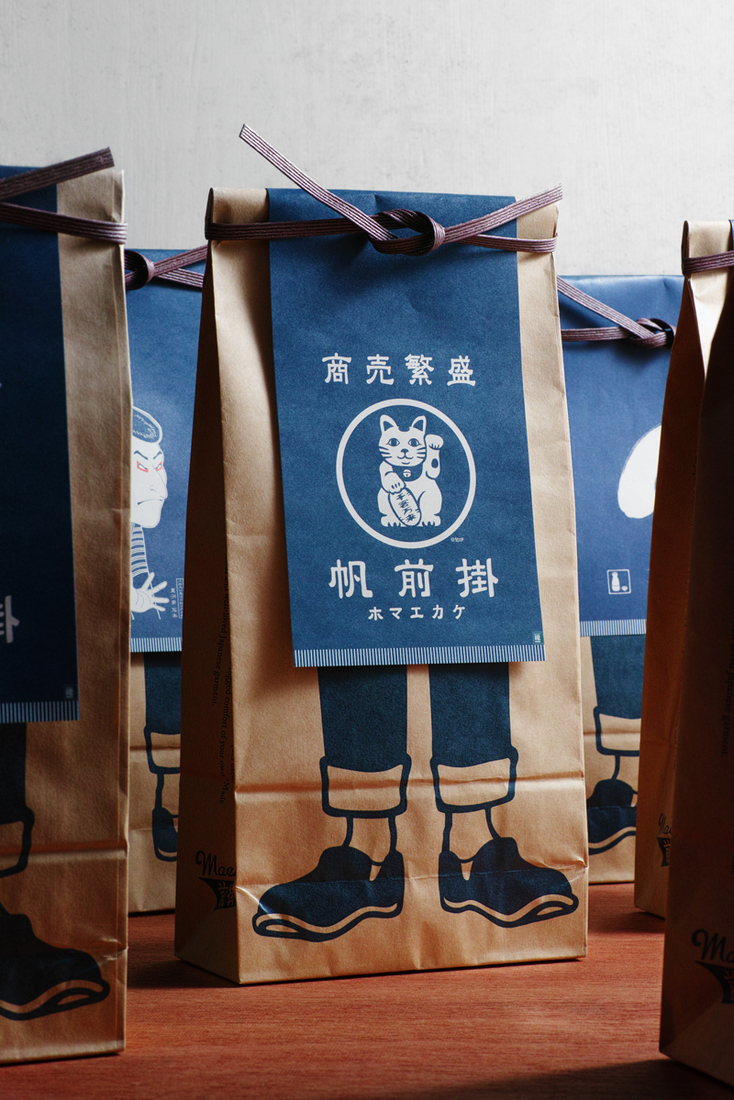 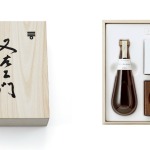 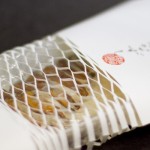 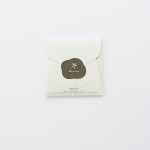