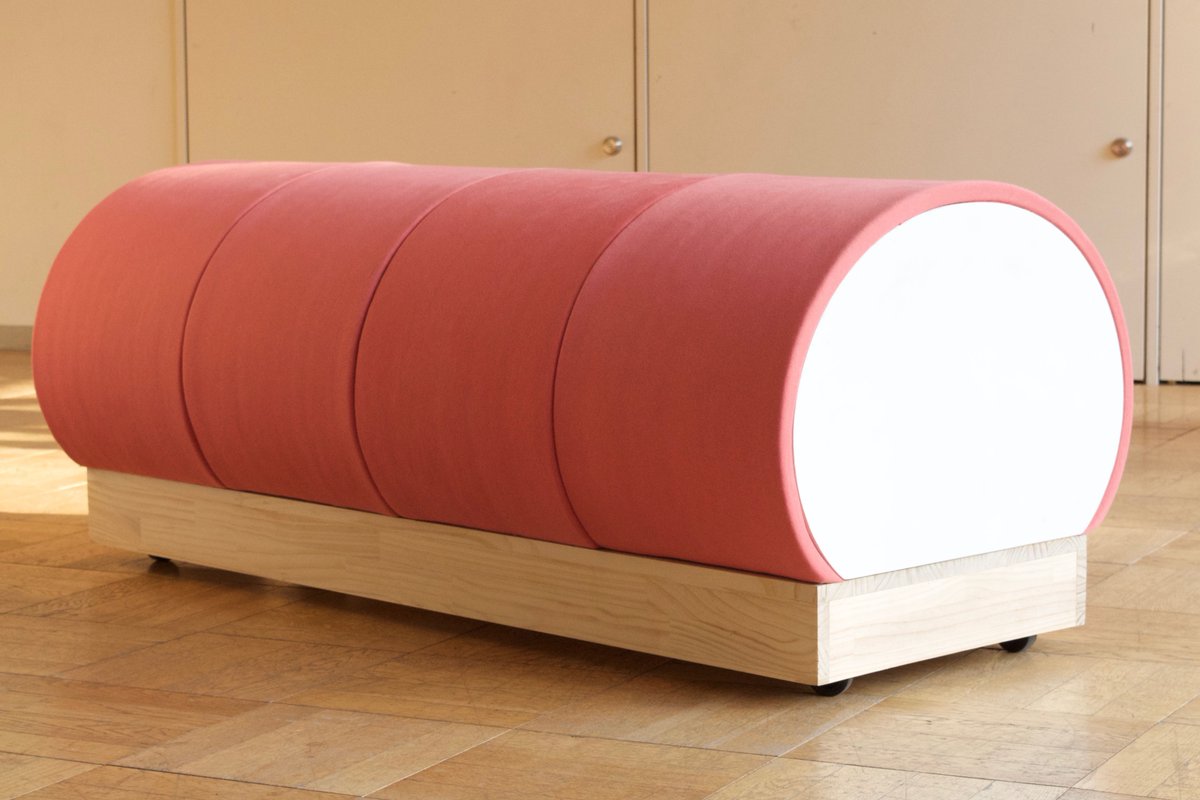 Kamaboko is a type of Japanese fish cake that’s formed into the shape of a loaf and cooked on a wooden rectangular plate. They’re favored during the new year season because they typically come in red and white, which are associated with the opposing concepts of birth and death, respectively. They can, however, be eaten year-round. But aside from being a common food, it also turns out that kamaboko can serve as fodder for furniture designers. 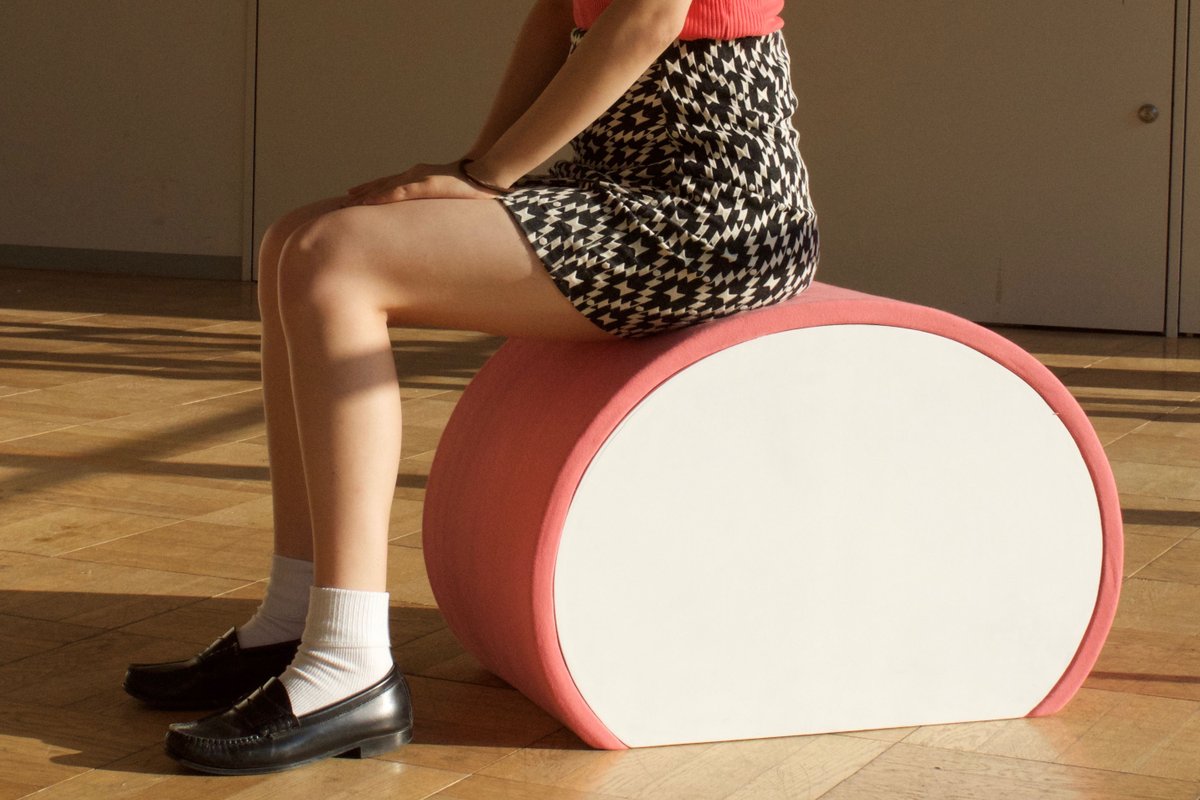 In creating a series of chairs and table, Japanese artist and twitter user @hirononf20 turned to kamaboko for inspiration and created a fairly straightforward representation of the fish cake as furniture. Four cushions rest on top of a wooden base and can be used individually as chairs.

But the ingenious part about the set is that the base can then be lifted onto 2 of the chairs, forming a table. Hooray for food inspired-furniture! 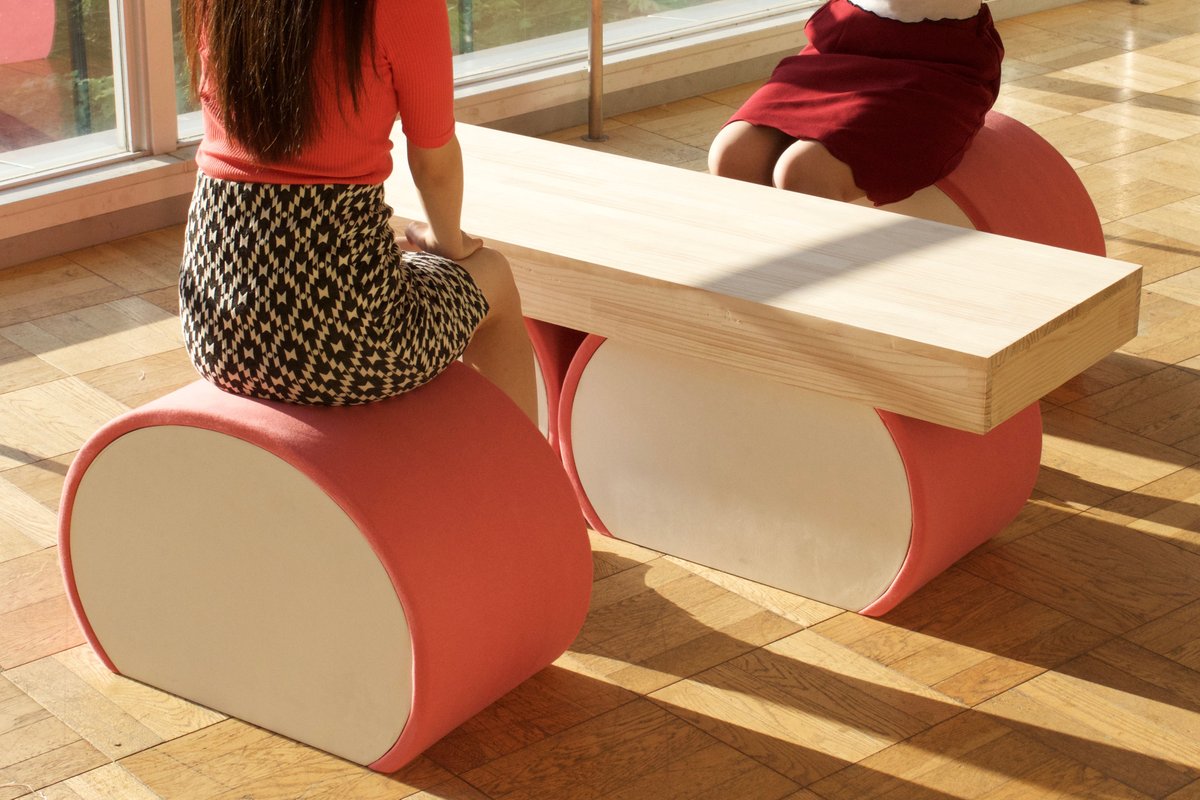 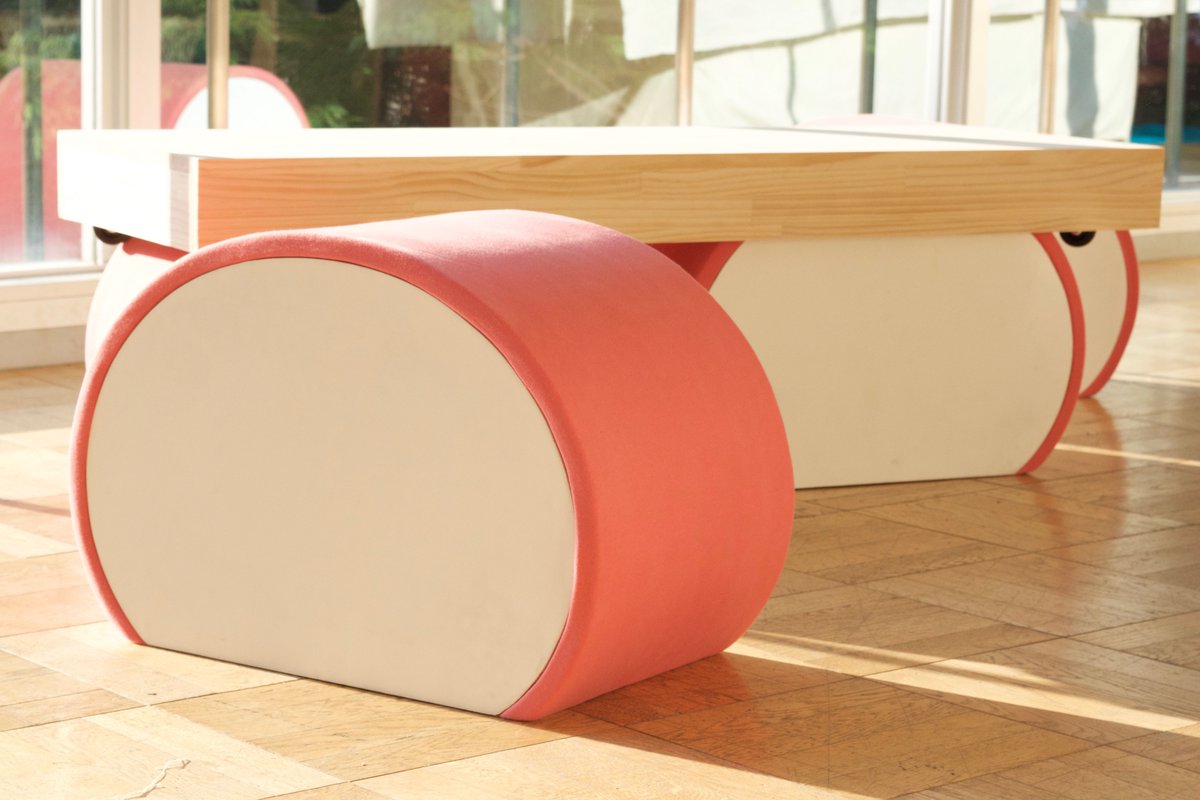 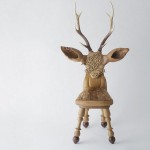 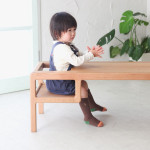 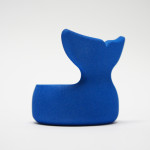 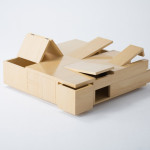