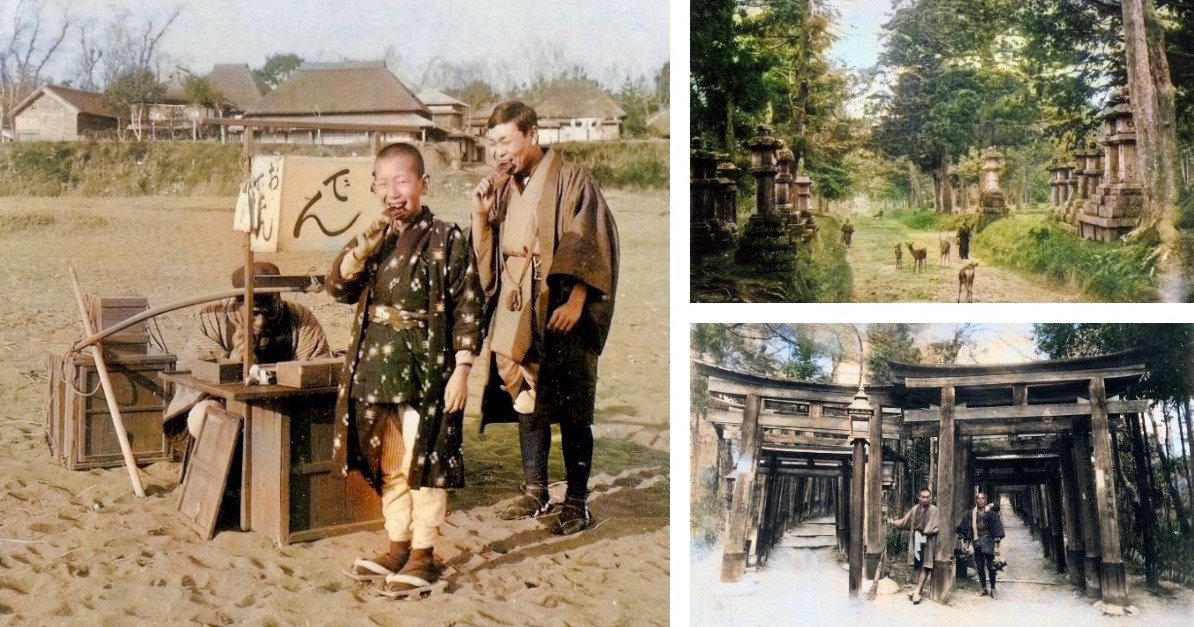 For all their charm and nostalgia, black and white photos do create a certain disconnect between the past and present. Looking at them, it’s easy to forget that we’re connected to that time by what is merely a blink of an eye in the grand scale of history. And so it’s worth colorizing old black and white photos if only for the contemporaneity, with which we use to learn from history. 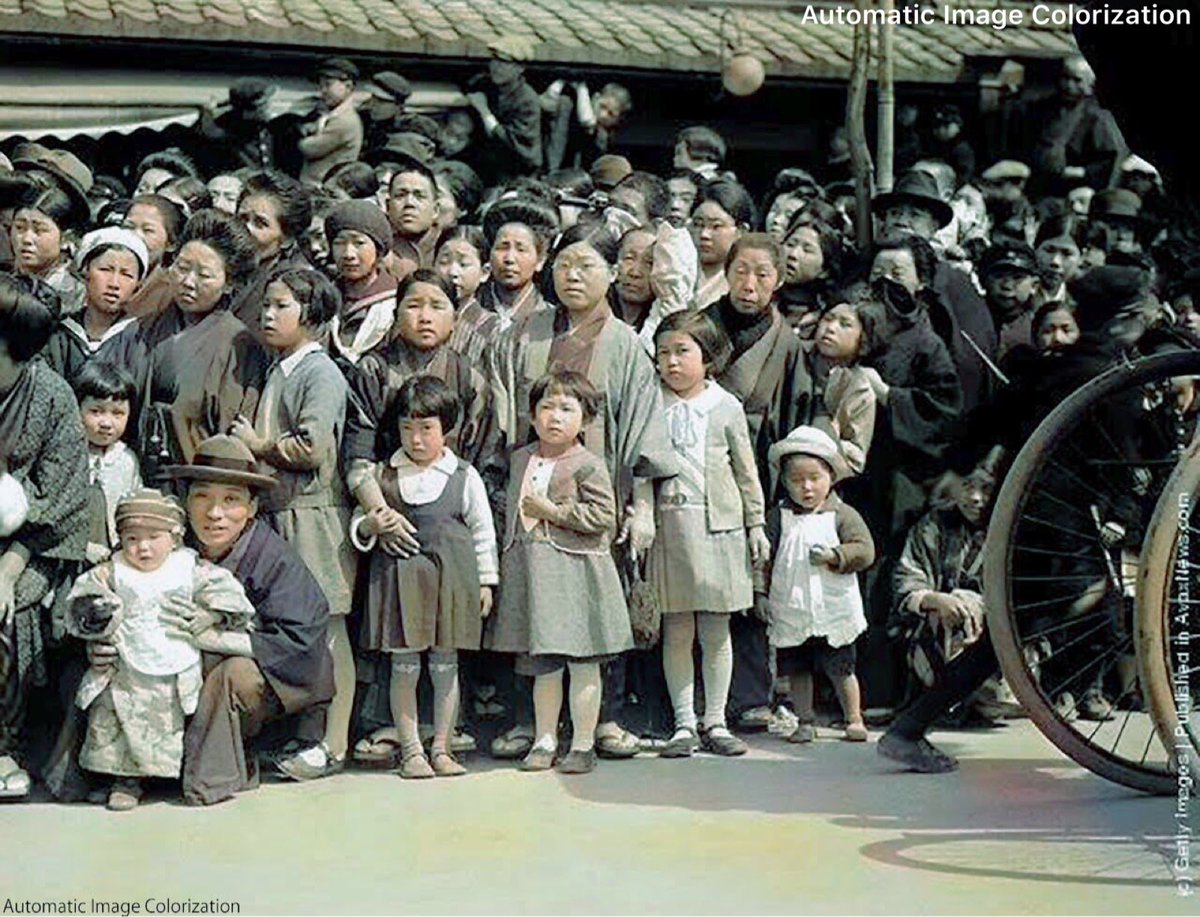 Woman and children wait for a parade on the streets of Kobe. (1930s, photographer unknown)

The process, however, was painstakingly manual. Even with digital software, colorists have had so colorize the images piece-by-piece; pixel-by-pixel.

But now, a team of Japanese researchers at Waseda University, led by Dr. Ishikawa, has utilized artificial intelligence (AI) and deep learning to create a program that automatically colorizes photographs. The task was accomplished through the deep learning and color matching of 2.3 million color photographs.

Dr. Watanabe of the Tokyo Metropolitan University, then built on that technology by adding data from research on the colors of architectural elements of the past. He’s then been posting the photographs to his twitter account with some historical tid-bits. Here, we present a few of our favorites but you can follow him at @hwtnv for more. 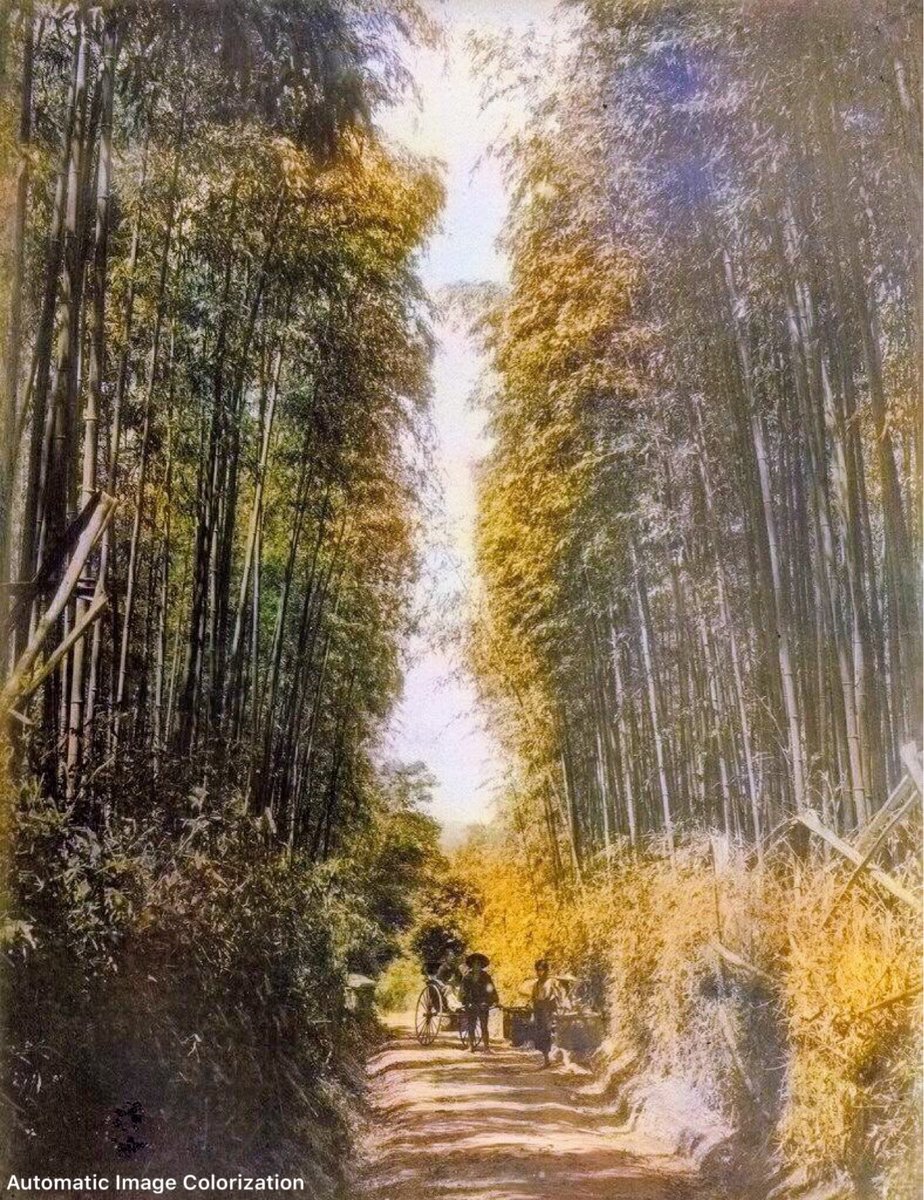 Perhaps the oldest photo in the bunch is this one of Gojozaka, Kyoto taken in 1875 (photographer unknown) 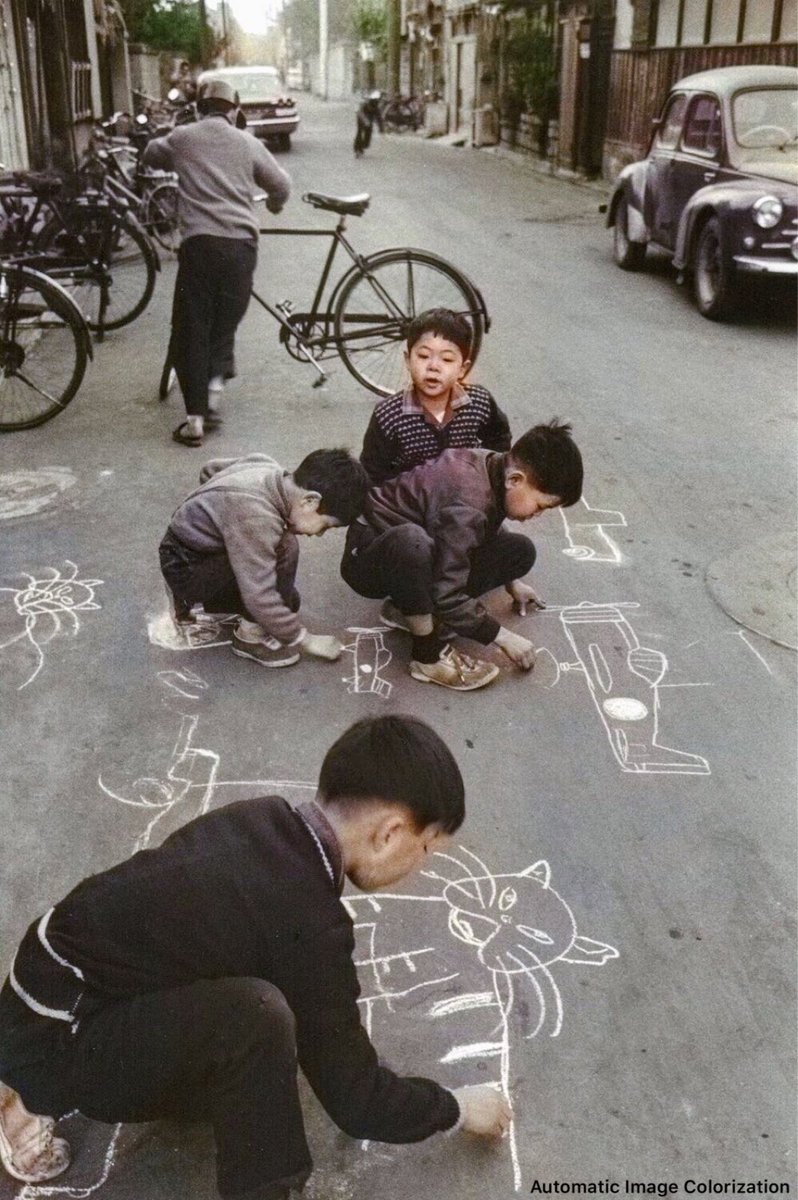 Children making chalk drawings on the street photographed by Takeyoshi Tanuma in 1961. I wonder if that’s Hayao Miyazaki with some early test sketches for the cat bus? 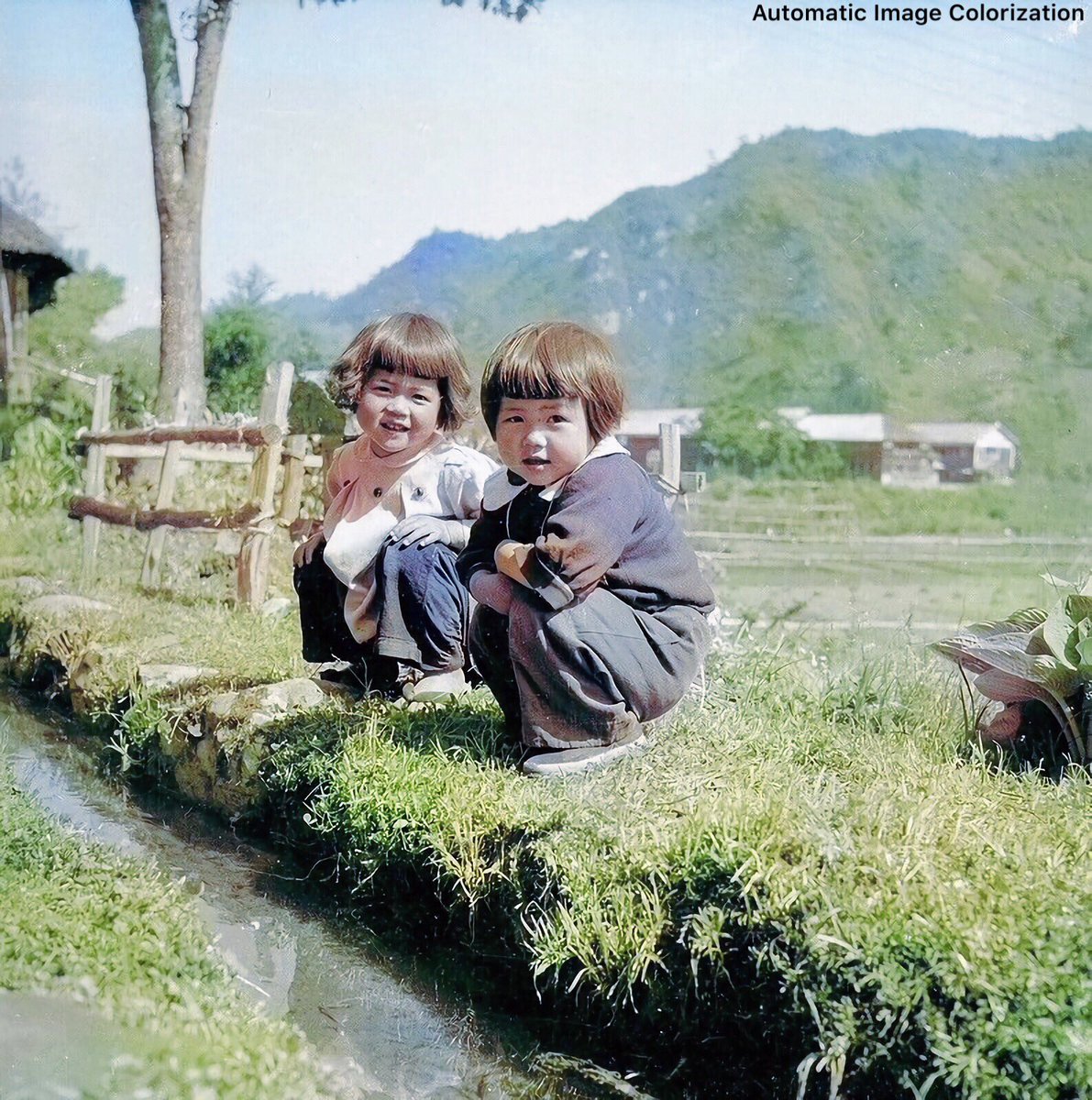 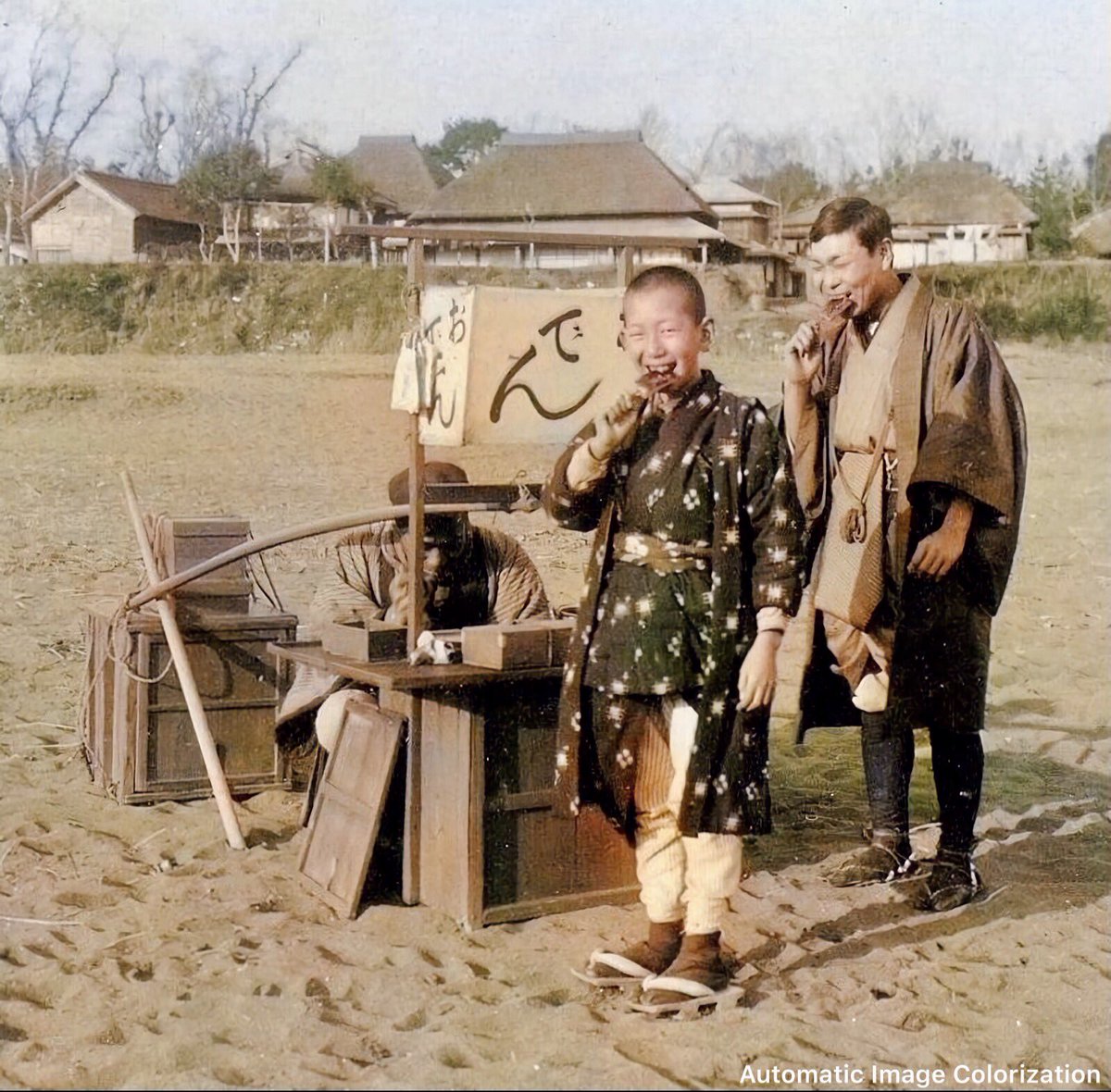 Probably one of our favorites: a boy and a young man enjoying oden from a stand  (1898; photographer unknown) 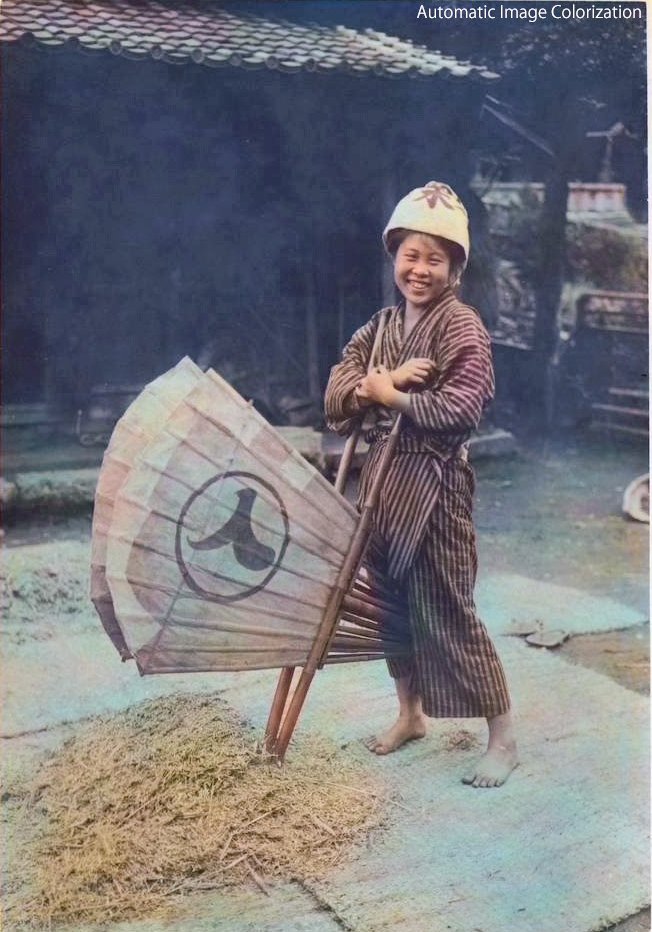 A farm worker photographed by Elstner Hilton in the 1910s 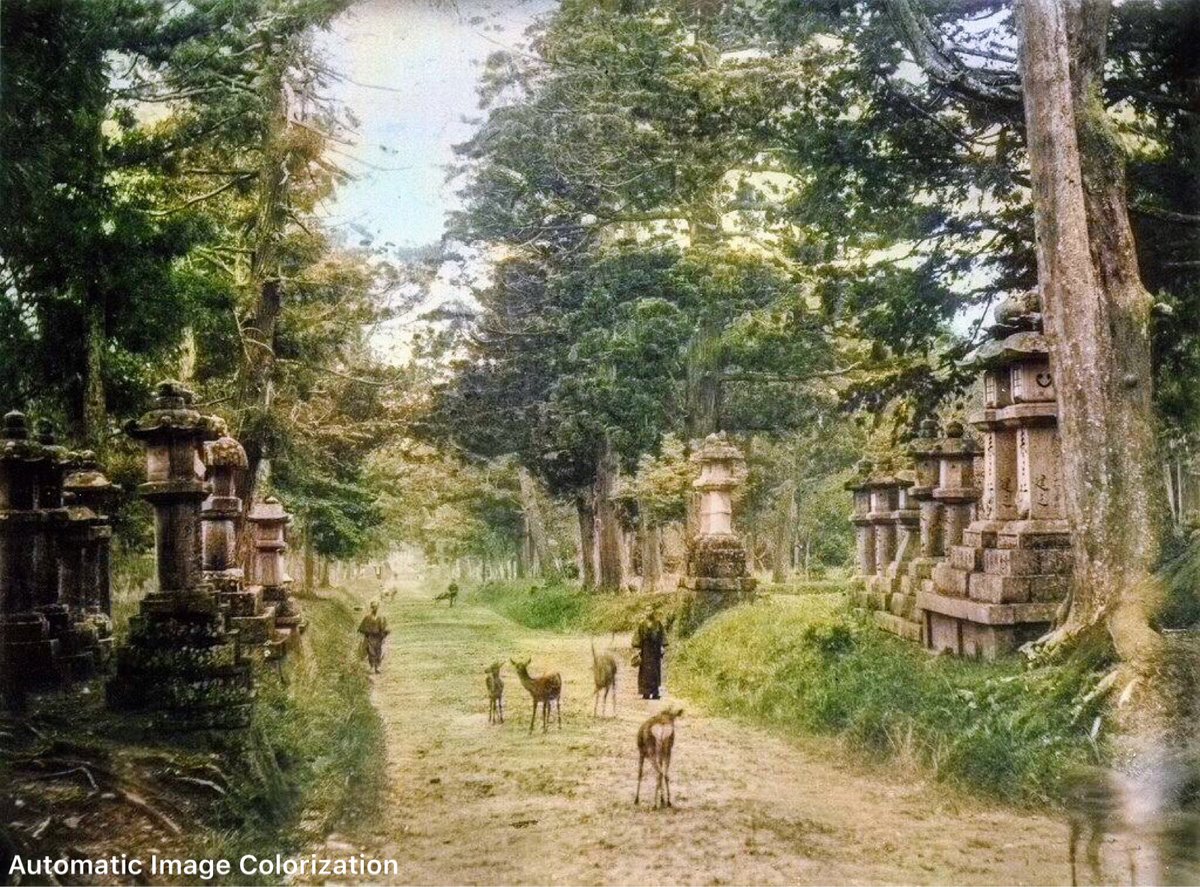 Kasuga Grand Shrine in Nara around 1880 (photographer unknown). Even back then the deer were bothering people. 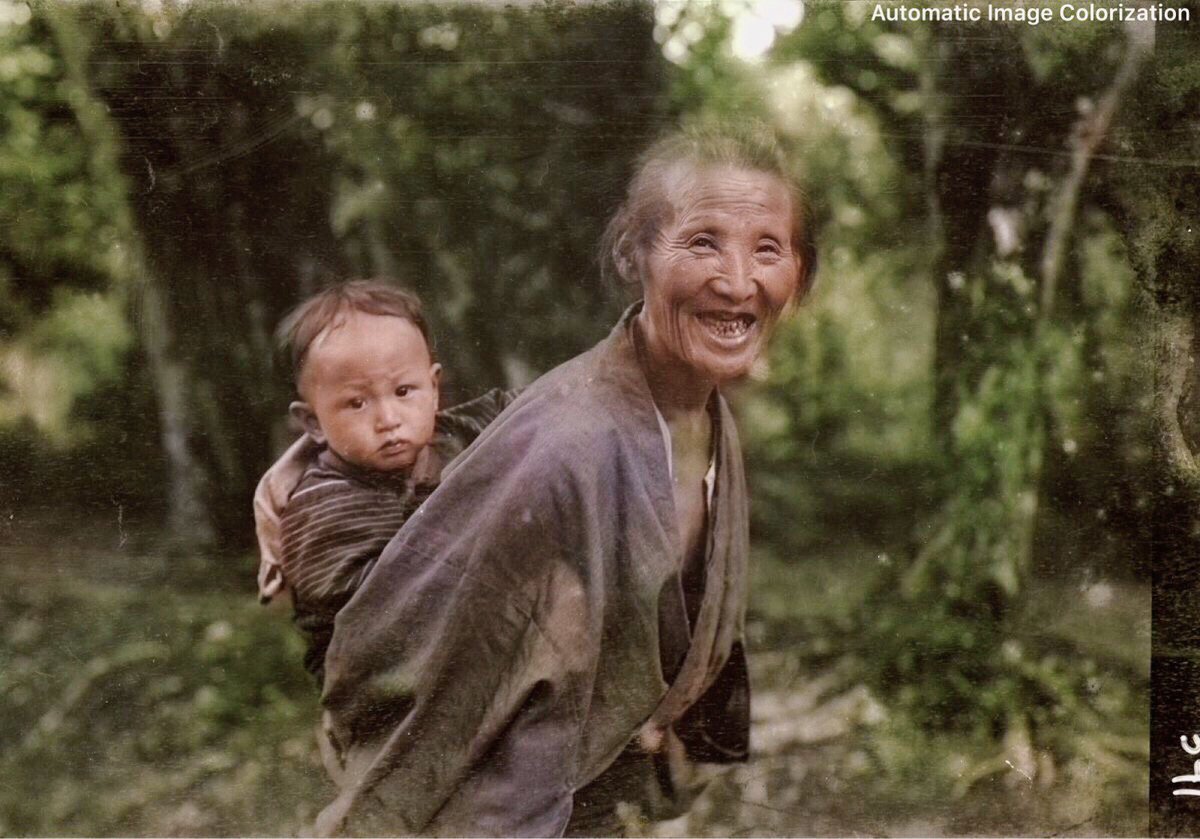 An elderly woman carries a baby on her back. Photograph by Arnold Genthe in 1908. 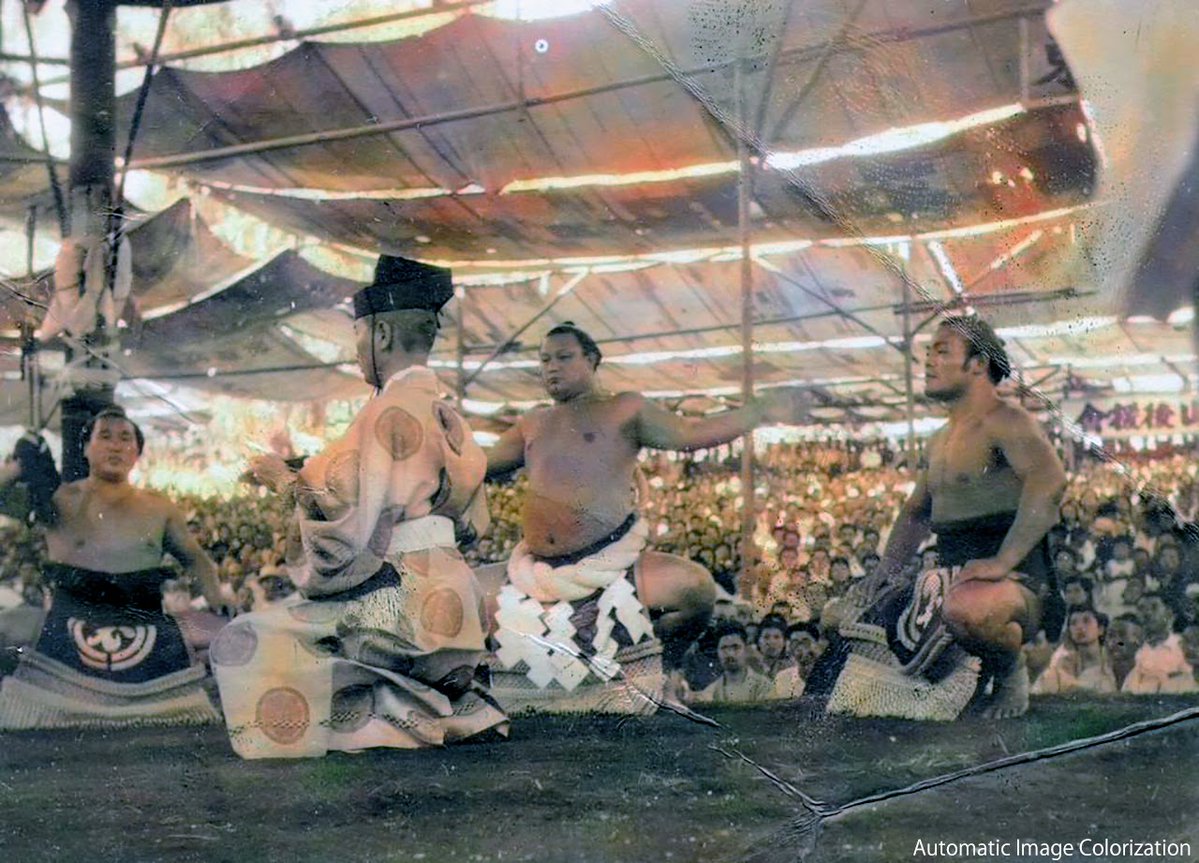 A sumo tournament photographed in the 1930s (photographer unknown). Dr. Watanabe thinks the wrestler in the middle might be Futabayama Sadaji. 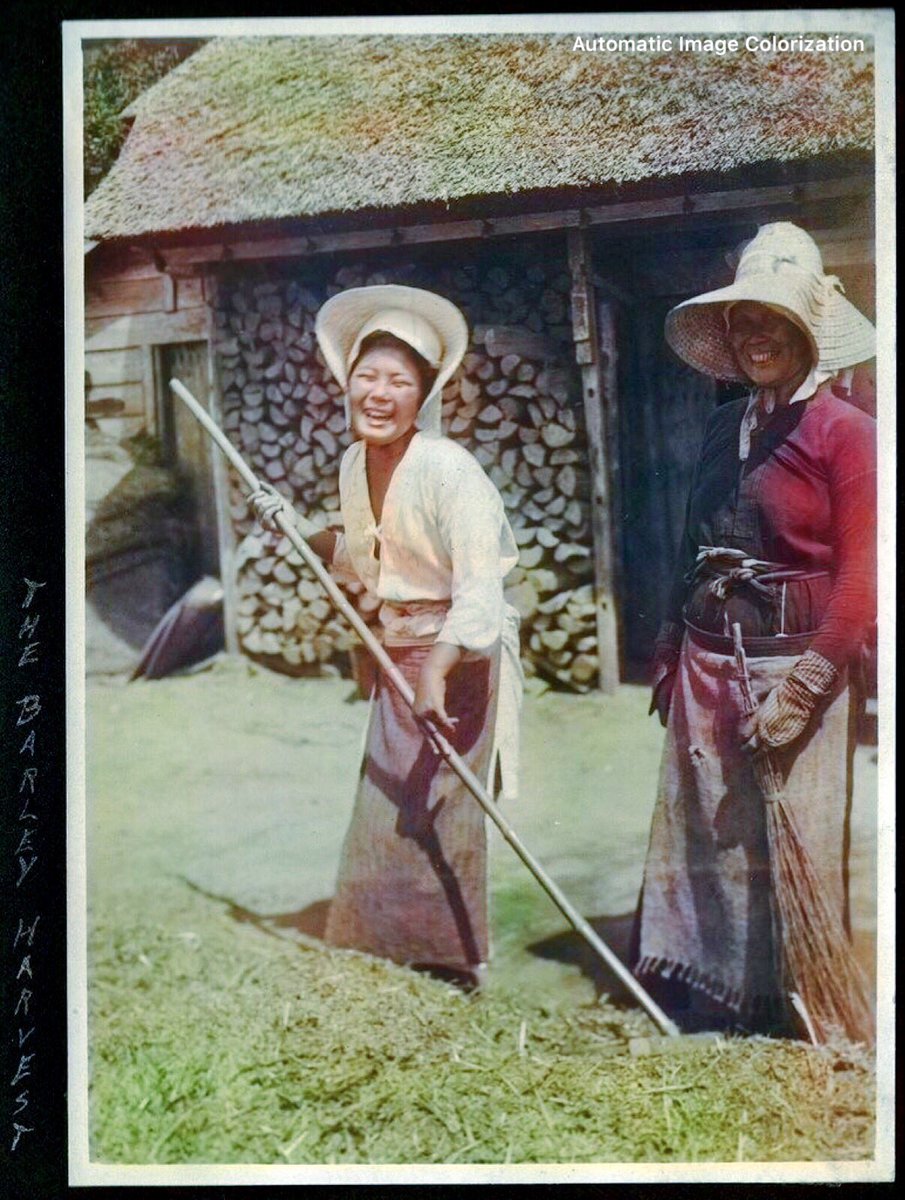 Farmers photographed by Elstner Hilton in 1910 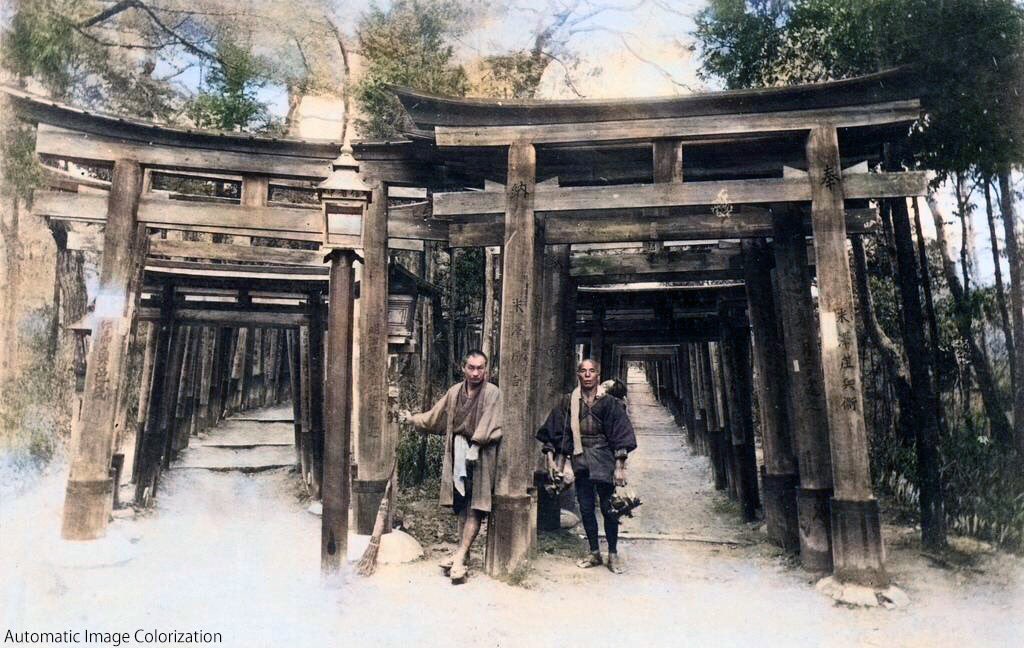 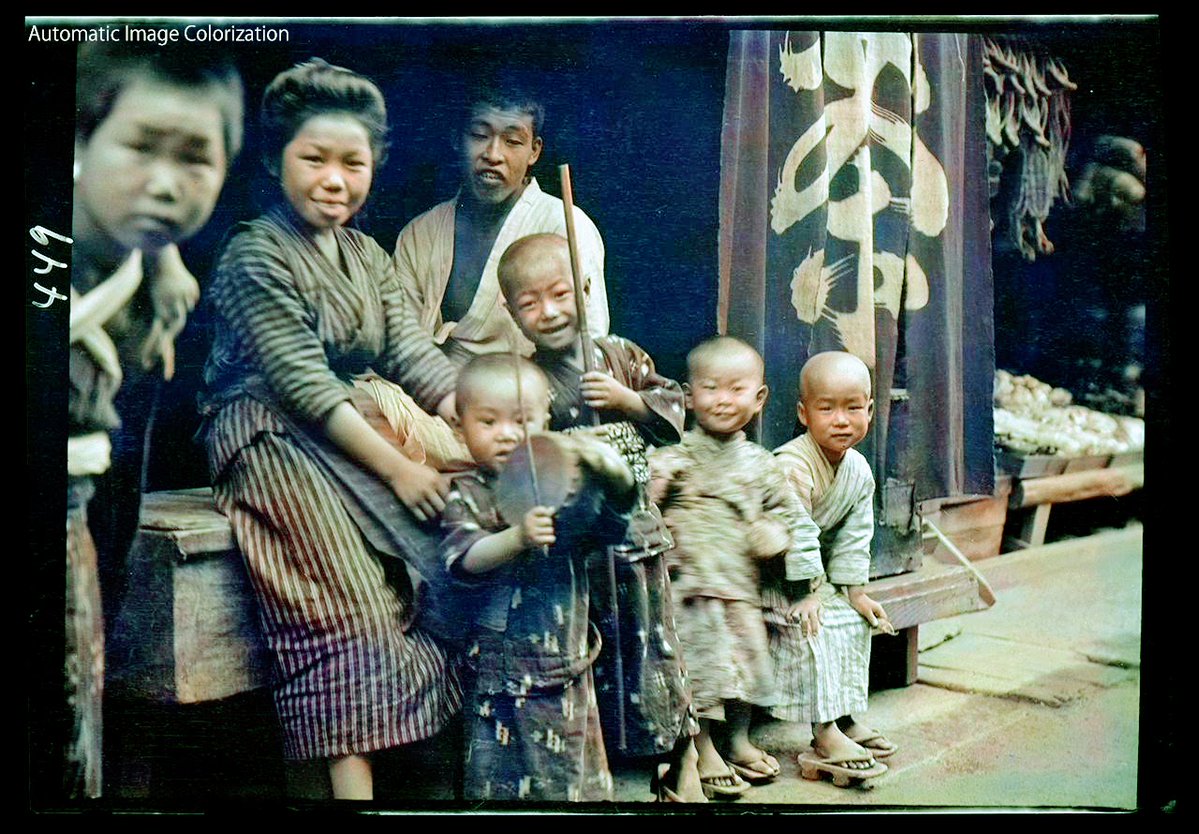 Photograph by Arnold Genthe in 1908. I almost feel like I’ve seen these kids in my neighborhood 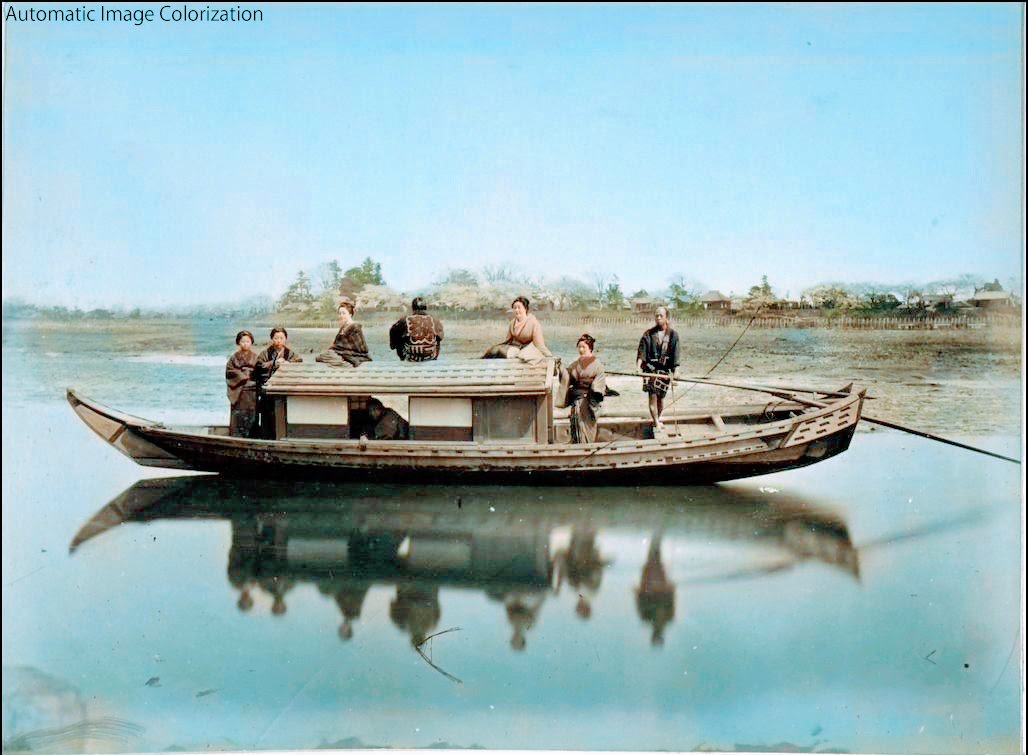 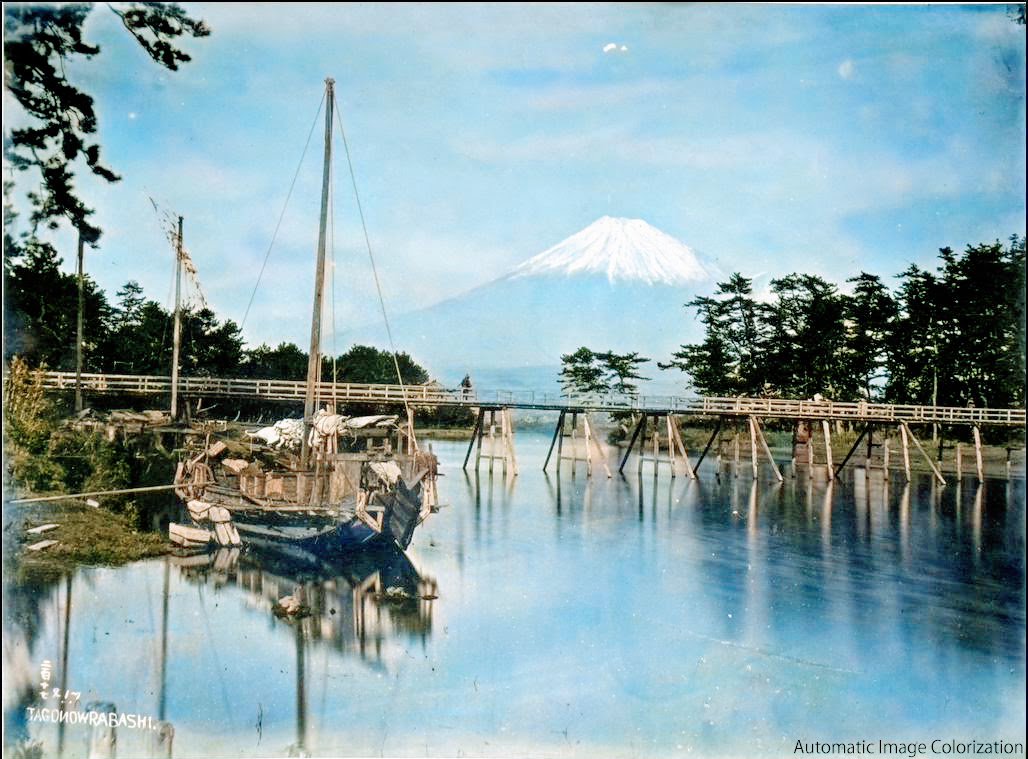 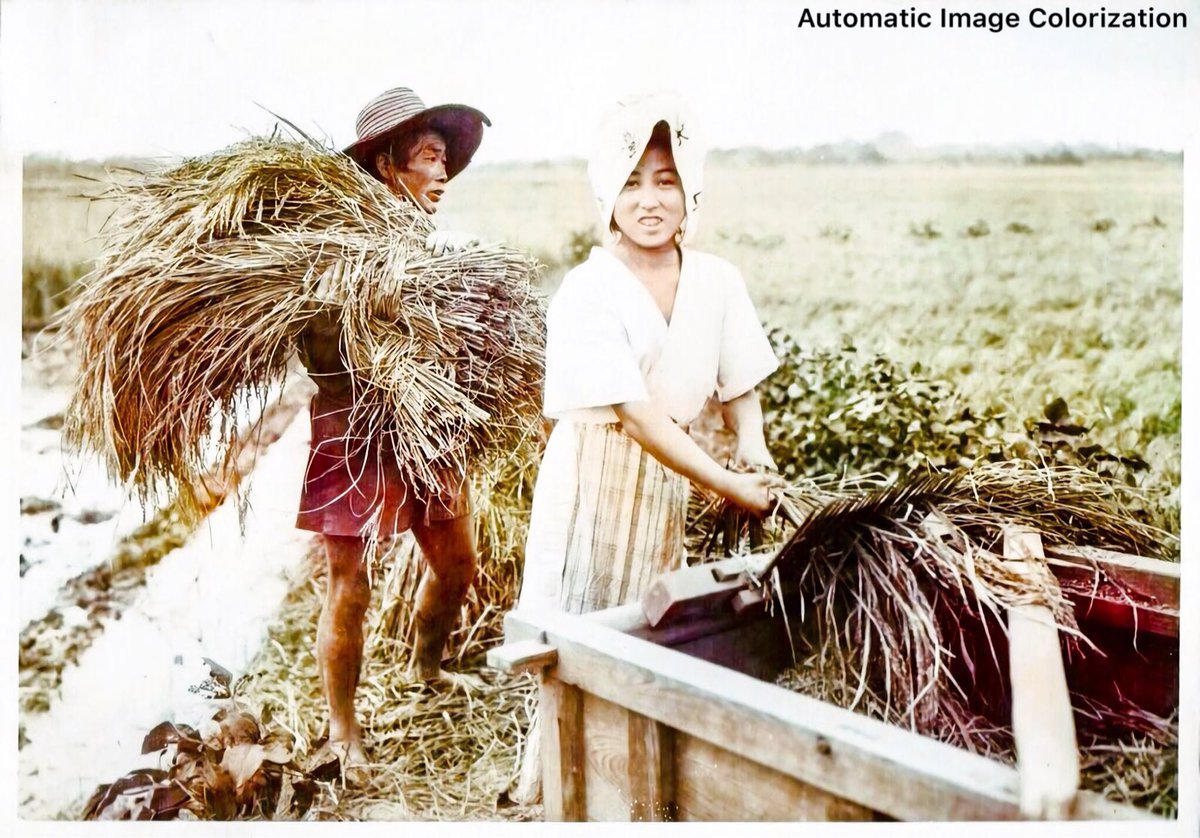 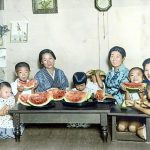