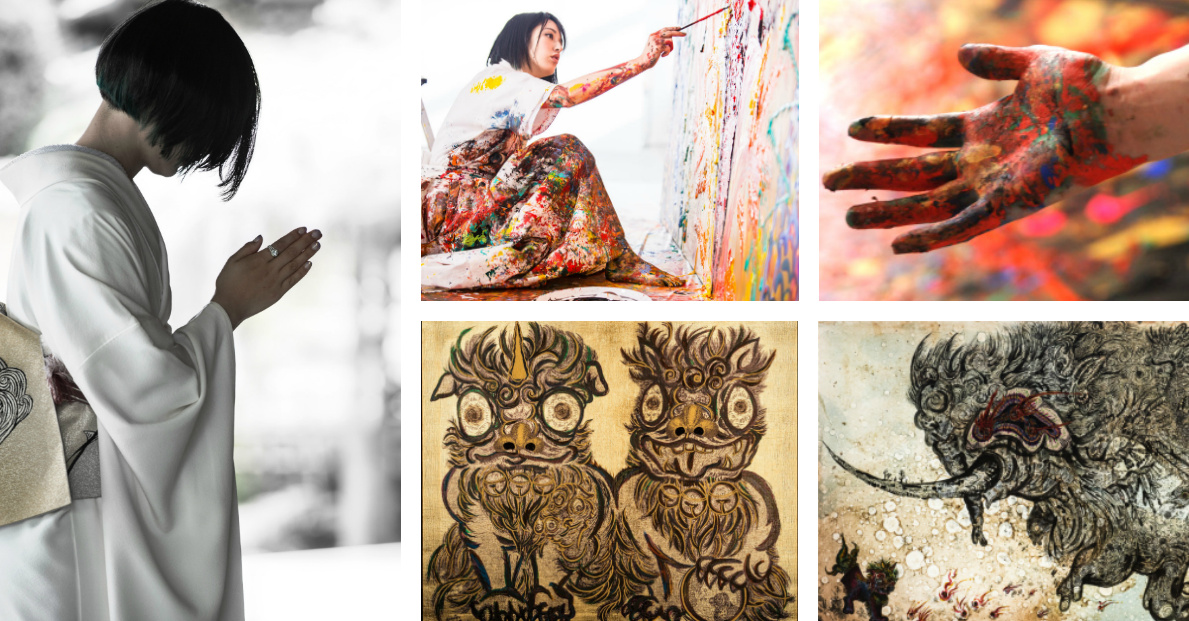 Miwa Komatsu grew up in the mountainous regions of Nagano, Japan. The hills and forests was her playground; the animals her friends. She remembers one animal in particular: a Japanese wolf she revered as her protector and guardian. For whenever she got lost in the woods the mountain dog would show itself and appear to lead her home, only to mysteriously disappear once she was safe. 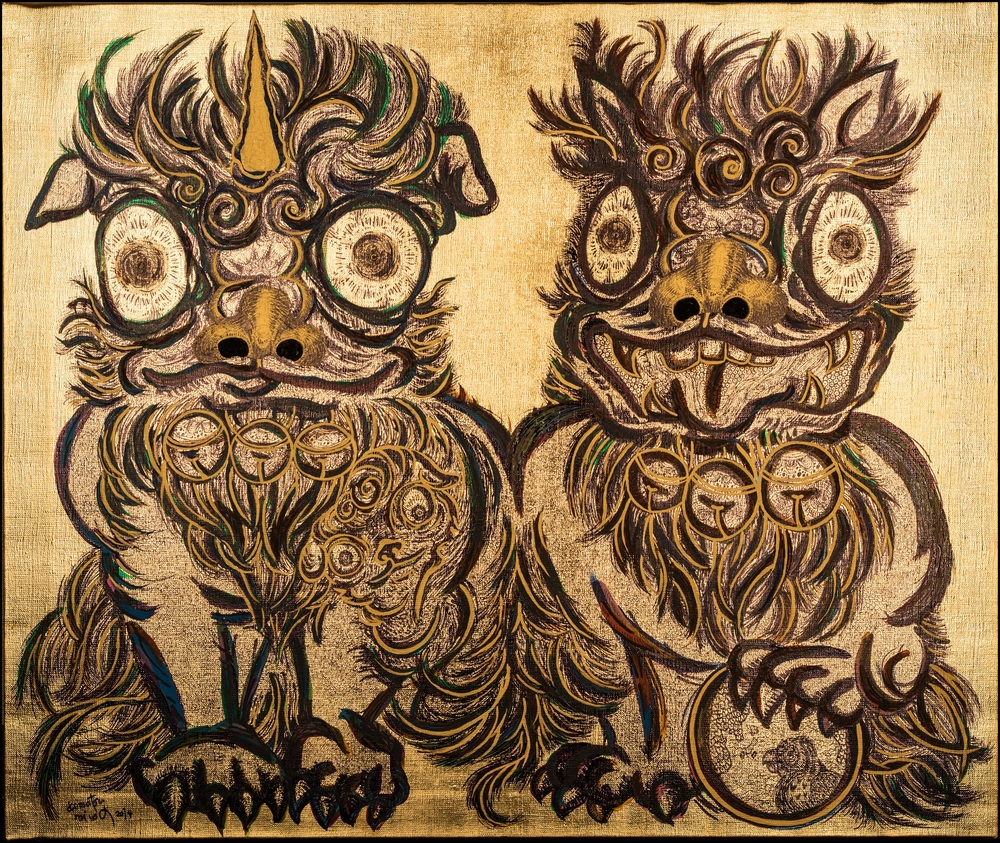 One day she visited a local shrine and came face-to-face with a komainu, a sculpture of a lion-like deity guarding and protecting the shrine. Since then, Komatsu has always been cognizant of her many guardians, but also fascinated by how different cultures have their own guardians. Egypt has the sphynx; the gryphon and gargoyle appear throughout Europe; India has Naga; Thailand has the powerful lion Singha. Each appears in a different form but guardians transcend culture and religion and for centuries have stood as a symbol for peace.

And so Komatsu has dedicated much of her artistic career to capturing these guardians on canvas in a style that is dynamic, spiritual and ritualistic. In her live painting performances, Komatsu typically dresses in white robes. In sudden bursts of energy she’ll splatter her canvas with acrylic paint, often augmenting her brushstrokes with her hands, which, along with her attire, quickly appears to become part of the painting. 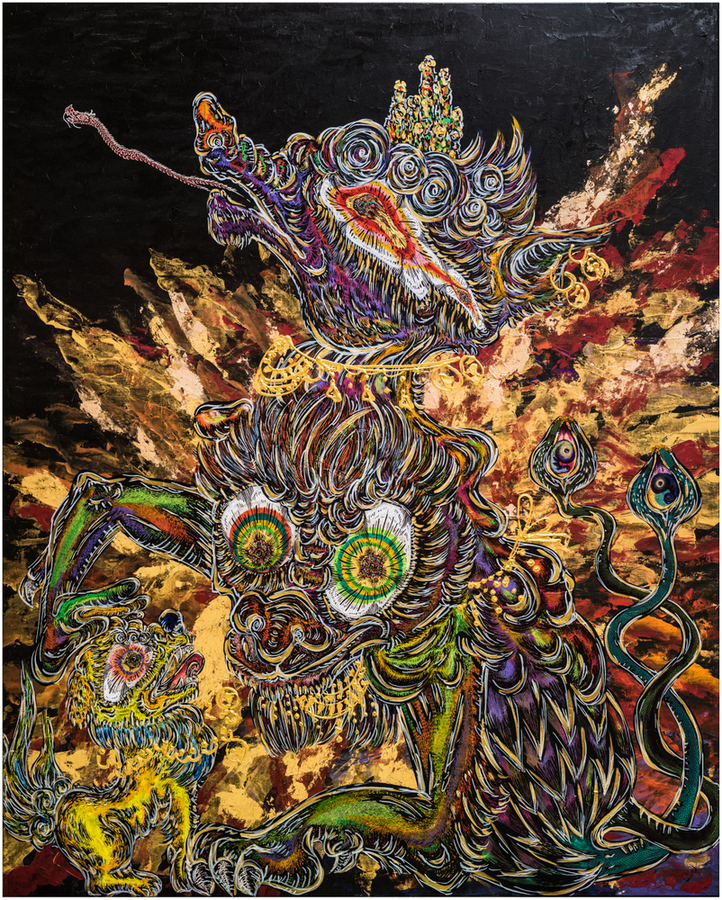 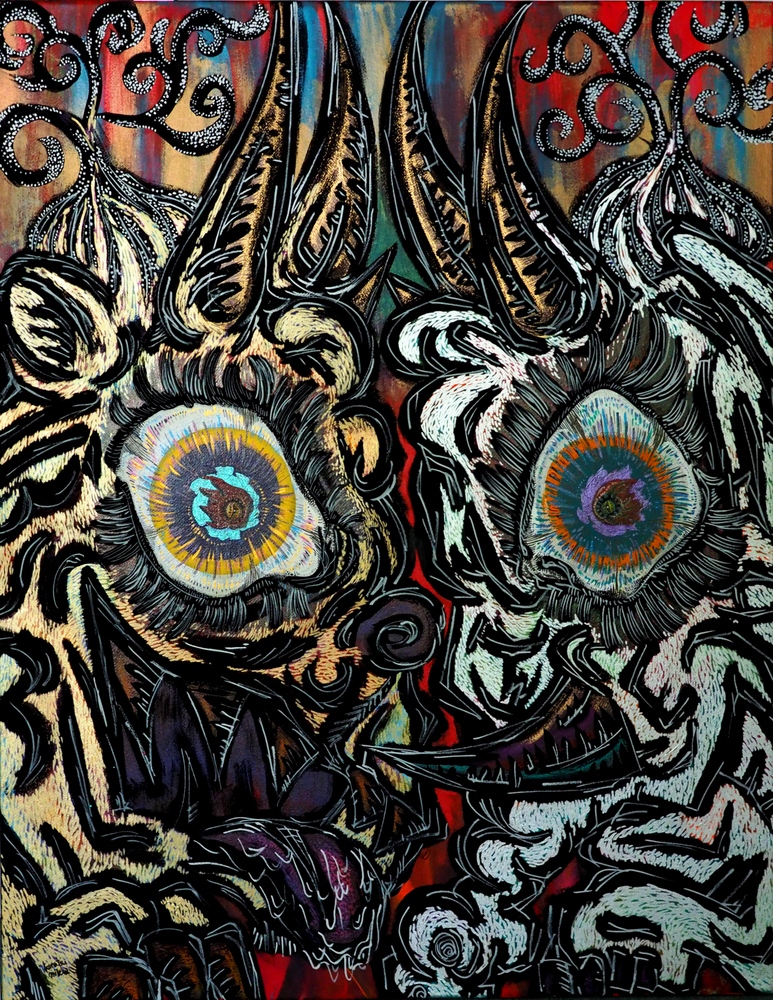 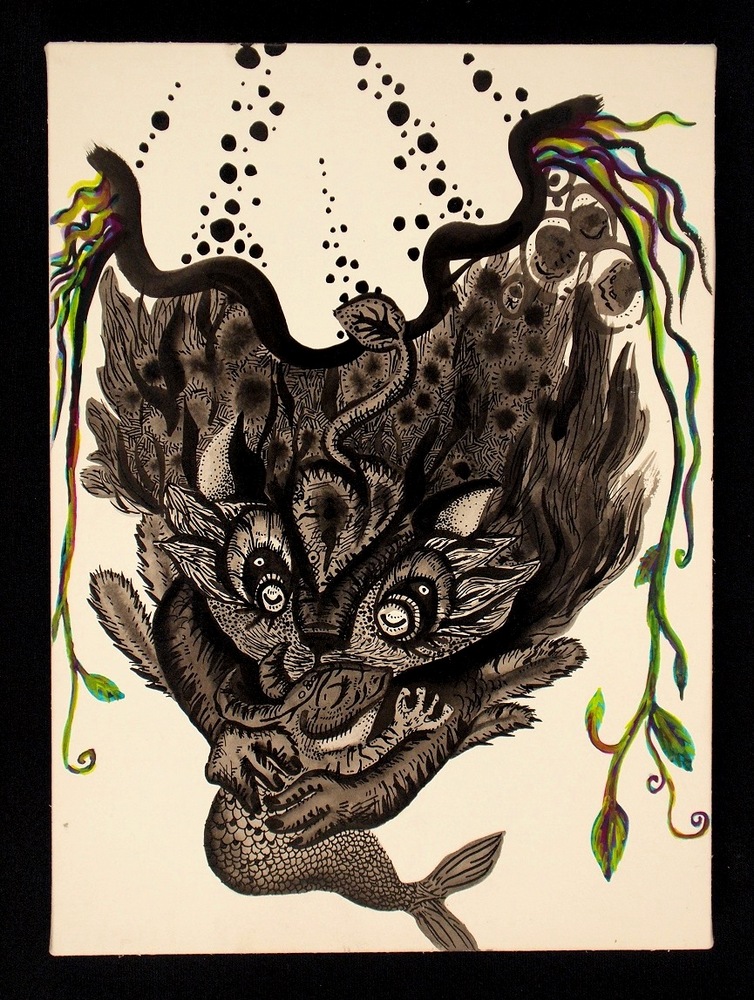 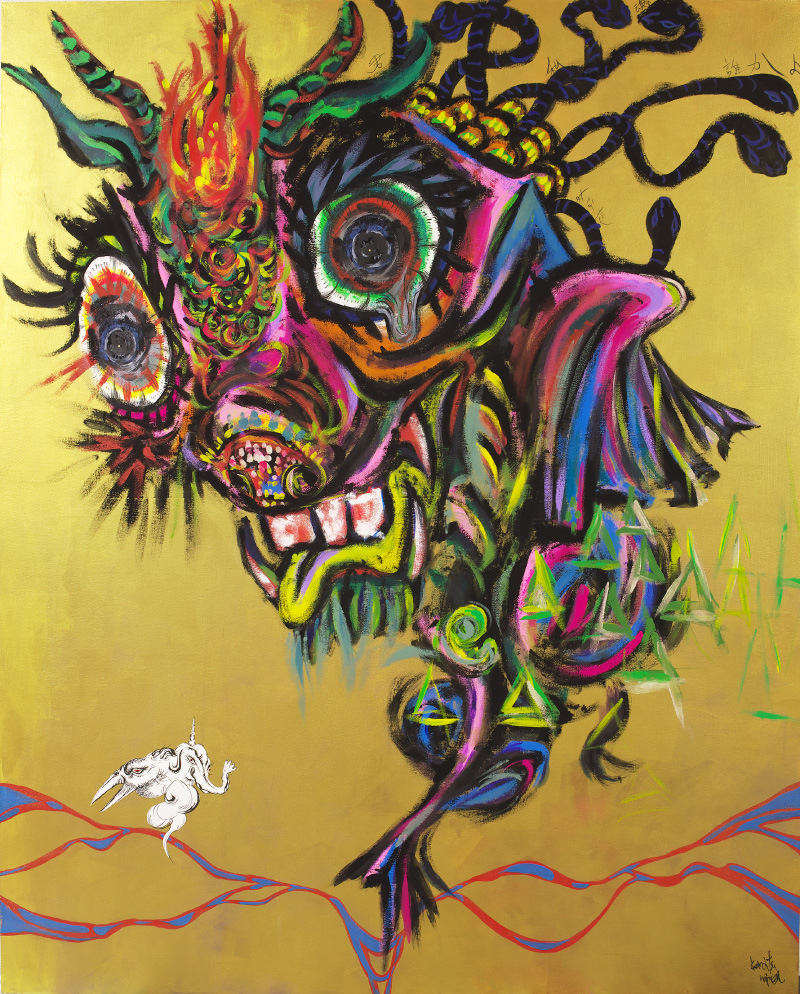 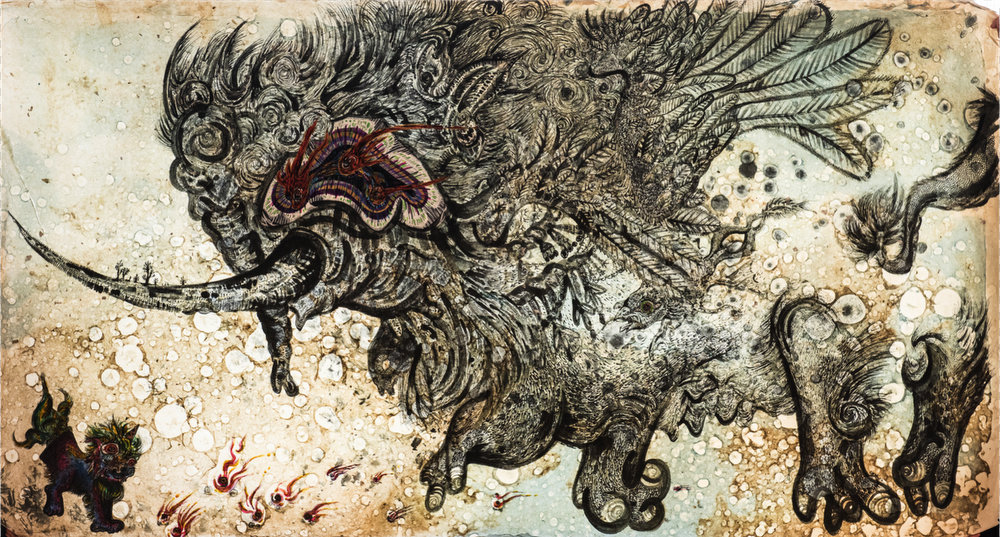 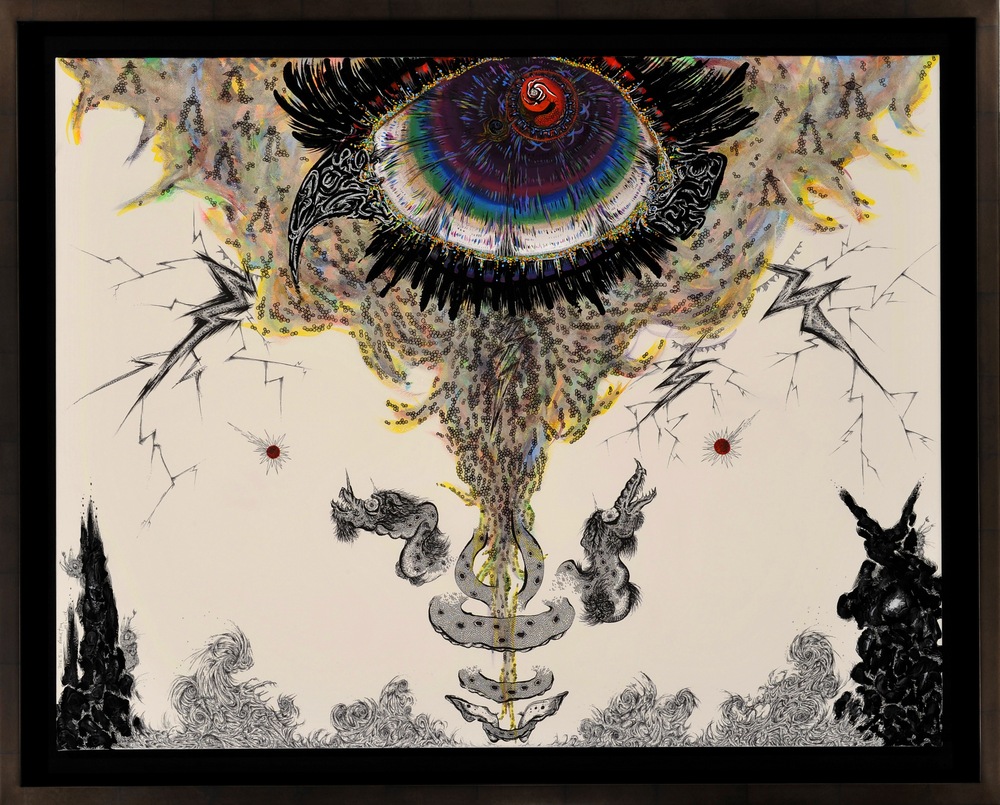 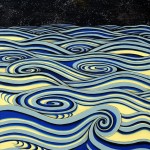 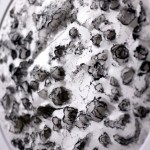 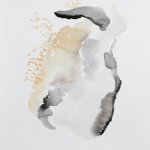 Uniholic: A New Tokyo Restaurant that Specializes in Sea Urchin