The many decision-making processes for the upcoming Tokyo 2020 Olympics have been a bumpy ride, to say the least. Plagiarism allegations forced the committee to scrap their original logo and seek a new one. Then, when the new Tokyo Stadium proposal by the late Zaha Hadid was unveiled it was met with heavy criticisms over budget and site-specific appropriateness, which eventually forced the committee to start from scratch again. Now, with less than 1000 days to go, things seems to be back on track. Earlier this week 3 candidates were announced as potential mascots.

Candidates A are a pair of mascots that embodies both old tradition and new innovation. Their design seems to be inspired by the Asao Tokoro’s chequered emblem, which would create some visual consistency.

Our first impression of the 3 candidates, which includes a pair – one for the Olympics and one for the Paralympics – is that they’re all quite similar. Each mascot (for now they’re being referred to as A, B and C) has their own unique characteristics but the general style makes it seem as if they were created by the same artist. And many of them were inspired by Japanese folklore. They remind us of something straight out of Yokai Watch, or Pokemon. For now, the creators remain anonymous but these 3 were selected from a bucket of 1753 entries that were vetted by a group of judges.

Based on our first impressions, we’re going to say our favorite is Candidate B, which were inspired by Japanese folklore and fairy tales. We like A too for its visual consistency with the emblem. Candidate C is cute but looks a little too much like Jibanyan (from Yokai Watch).

But it’s not up to us, or any adults, to make the decision. The final call will be made by schoolchildren from registered schools across Japan. That voting is set to take place From December – February with the final results being announced February 28, 2018.

Candidates C were also inspired by Japanese folklore: the fox and racoon that make frequent appearances in fairy tales.

You can read other stories about the 2020 Tokyo Olympics right here. 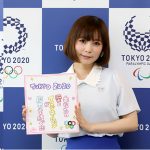 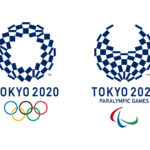