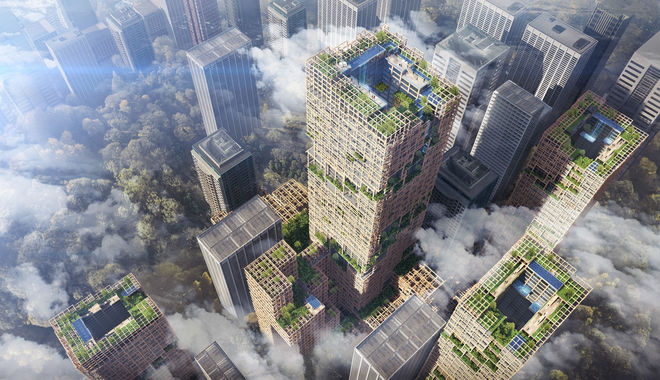 the W350 wooden skyscraper aims to be completed in 2041

Despite being a sustainable resource that can be harvested from perennials, the use of wood in cities and high-rises has long been avoided. Wood has been thought of as structurally unsafe, susceptible to rotting, and flammable. But thanks to advances in technology that has enabled the engineering of mega-strong, fire-resistant timber, wood is now slowly returning to urban settings. And Japan is raising the bar – quite literally – when it comes to using wood to construct skyscrapers. 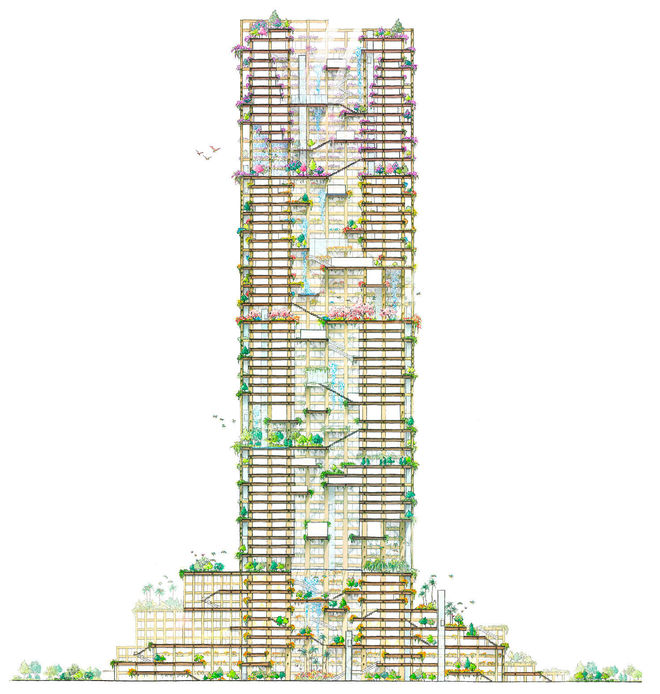 Japanese builder and developer Sumitomo Forestry has teamed up with architecture firm Nikken Sekkei to construct a 350-meter (1148 ft) wooden skyscraper in Tokyo’s Marunouchi district right around Tokyo Station. Although still in conceptual stages, the company is aiming to complete “W350” by 2041, a date that would mark the 350th anniversary of the company. If completed, it would be the world’s tallest wooden structure and would even beat out Japan Abeno Harukas (300 meters) in Osaka, which currently holds the record of tallest building in Japan.

Using a hybrid 9:1 ratio of wood to steel, Sumitomo Forestry aims to replace concrete, which is one of the world’s largest carbon footprint contributors. The skyscraper would be a 70-floor mixed-use building that would include a hotel, office space, commercial space and residences. Wrap-around balconies at different intervals would be planted with lush wildlife. And greenery would extend throughout the entire complex, creating a vertical forest where humans and wildlife can flourish. As David Attenborough optimistically said in the final installment of Planet Earth II, “we are the designers of this environment. How, and whether we decide to invite the wildlife back, is up to us.” 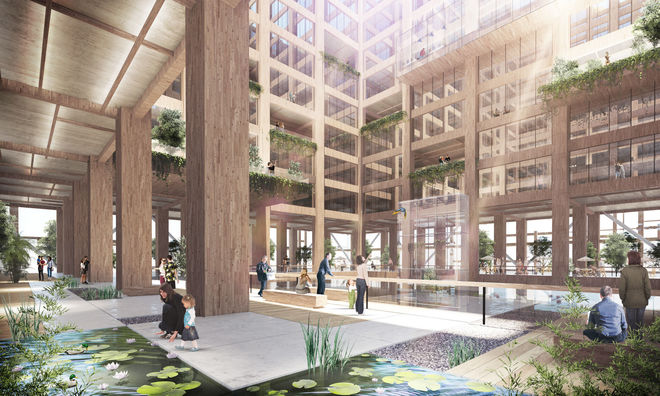 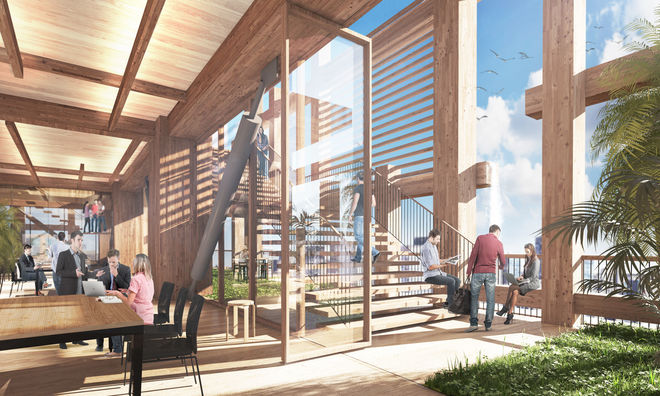