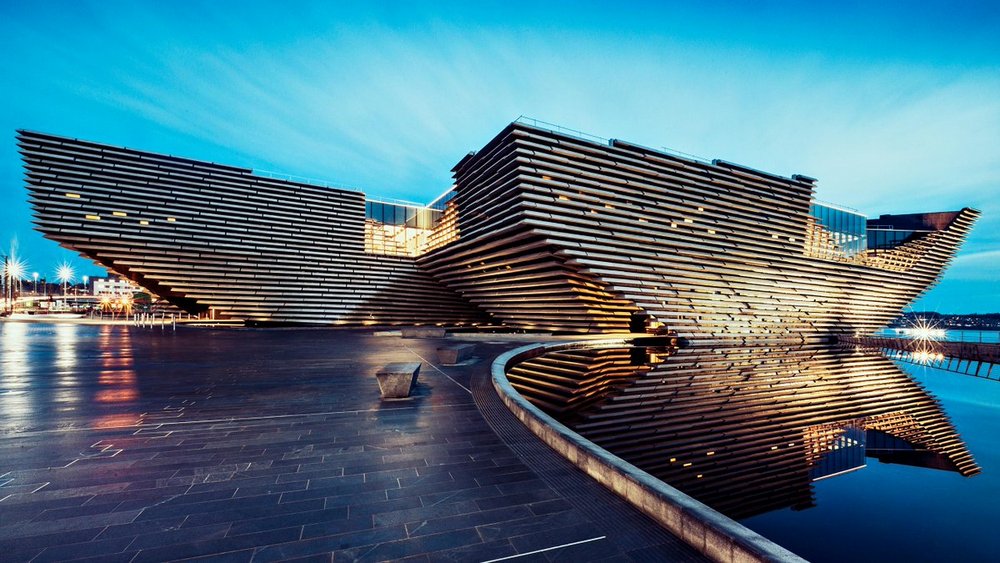 The V&A Dundee, which is Scotland’s first design museum, will open tomorrow, September 15, 2018. It was designed by Japanese architect Kengo Kuma, who used cutting-edge 3D modelling tools to create the unique shape and façade of the museum, which is intended to mirror the appearance of a Scottish cliff face. The curving walls are made from 2,500 individual stone panels, each weighing 3000 kg (together, that’s almost 8 thousand tons of wall!). 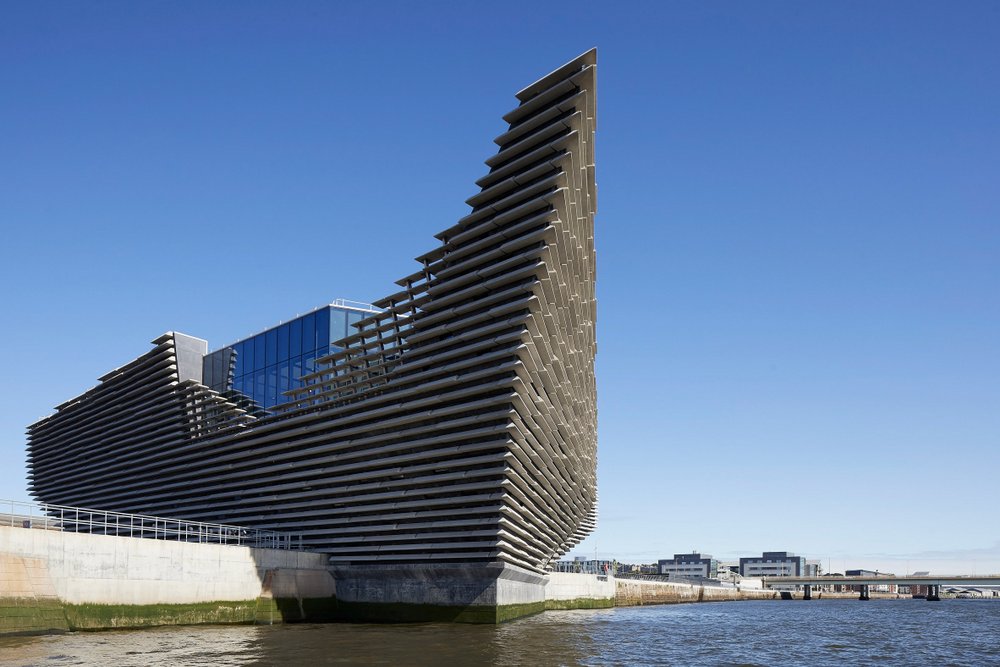 Located along the River Tay in the Scottish city of Dundee, the new Victoria & Albert (V&A) museum looks as if it’s been summoned out of the water by Kuma himself. “I’m truly in love with the Scottish landscape and nature,” says Kuma in a statement. “I was inspired by the cliffs of north-eastern Scotland – it’s as if the earth and water had a long conversation and finally created this stunning shape.” Kuma notes that the same technology used to render this facade is being used on his Tokyo National Stadium.

Kuma won the competition to design the museum back in 2010, beating out other world-renown architects – “a unanimous choice of the jury panel,” announced a press release at the time. It is opening four years behind schedule and at almost double the projected cost, which at the end came to a little over $100 million USD. But with large-scale projects such as these, costs and set-backs are always unpredictable. The important thing though is that it stands here now, next to a fitting neighbor: the RSS Discovery, a wooden three-masted ship that carried Ernest Shackleton on his journey to the Antarctic in the early 1900s. 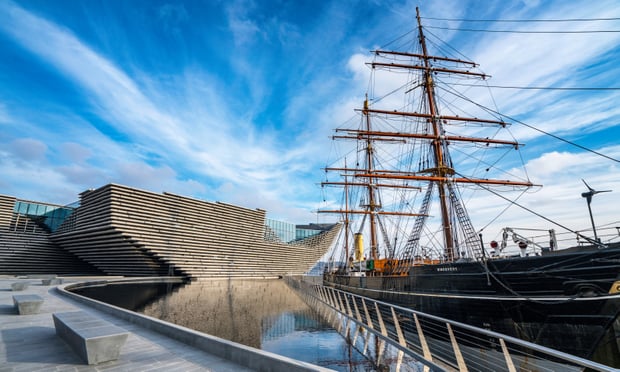 The museum, next to its neighbor the RSS Discovery | photo by Iain Masterton/Getty Images 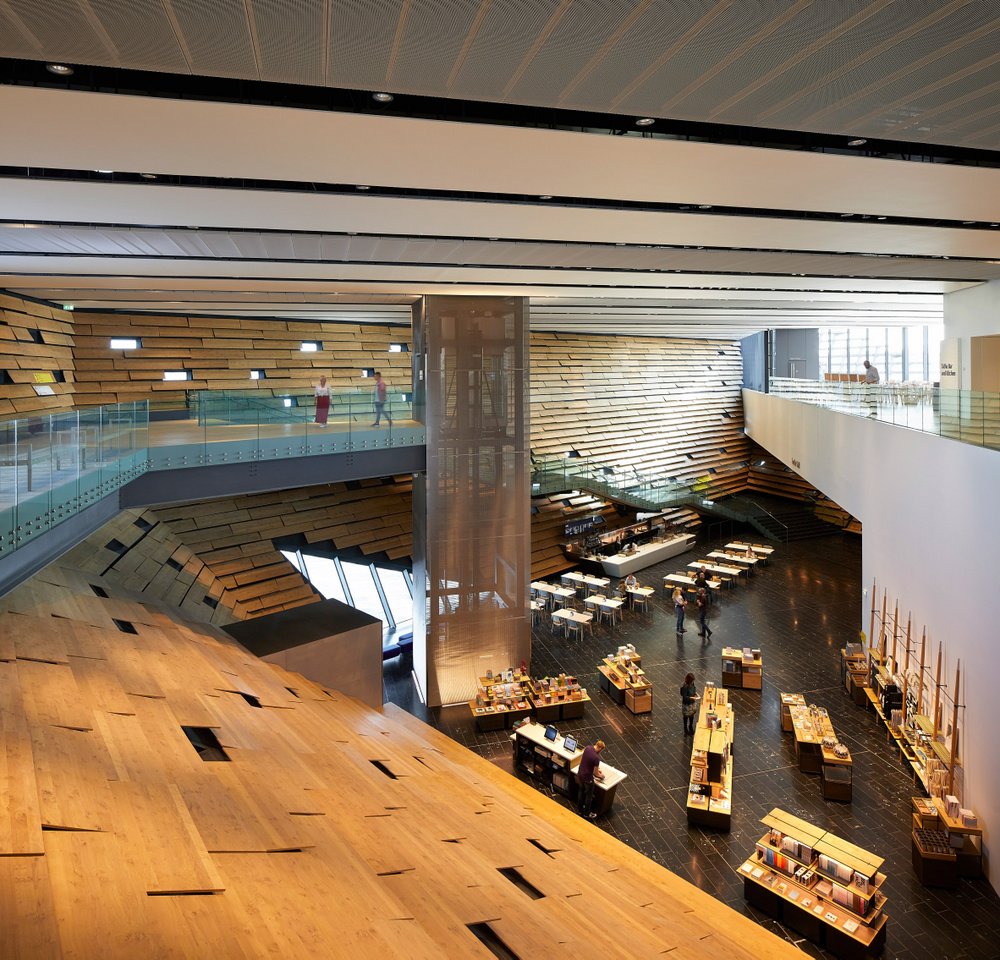 the main entrance hall and staircase | photo by Hufton Cro

Inside: the Michelin Design Gallery charts the hurdles and light bulb-moments of Scottish design | photo by Hufton Crow 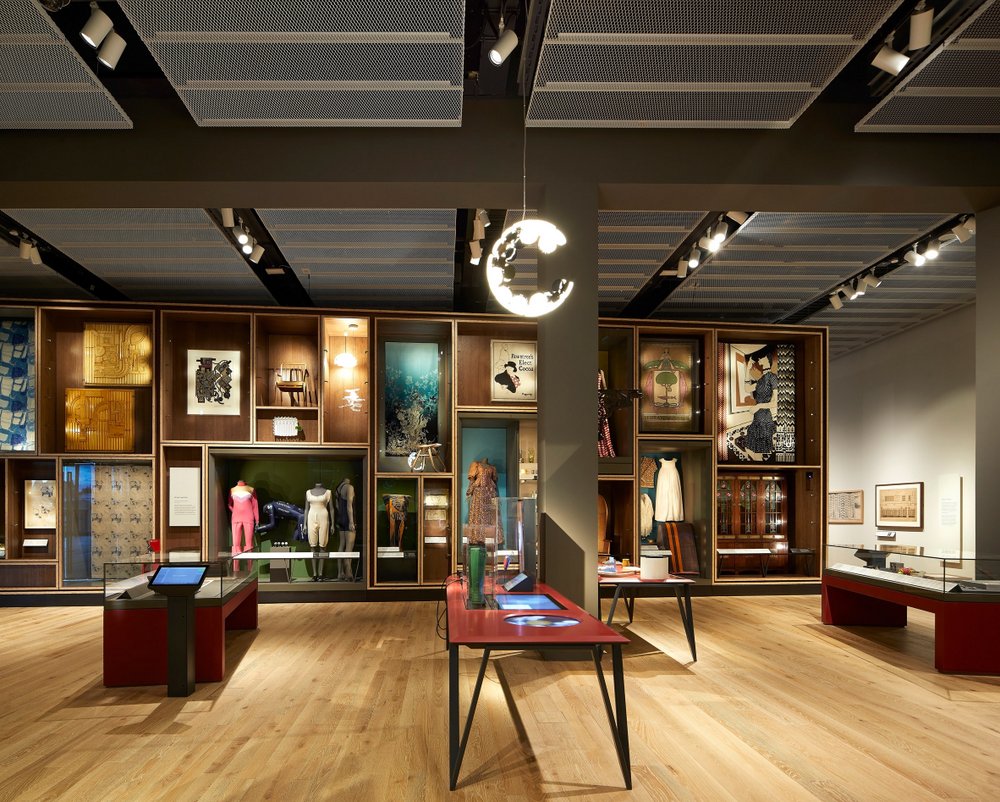 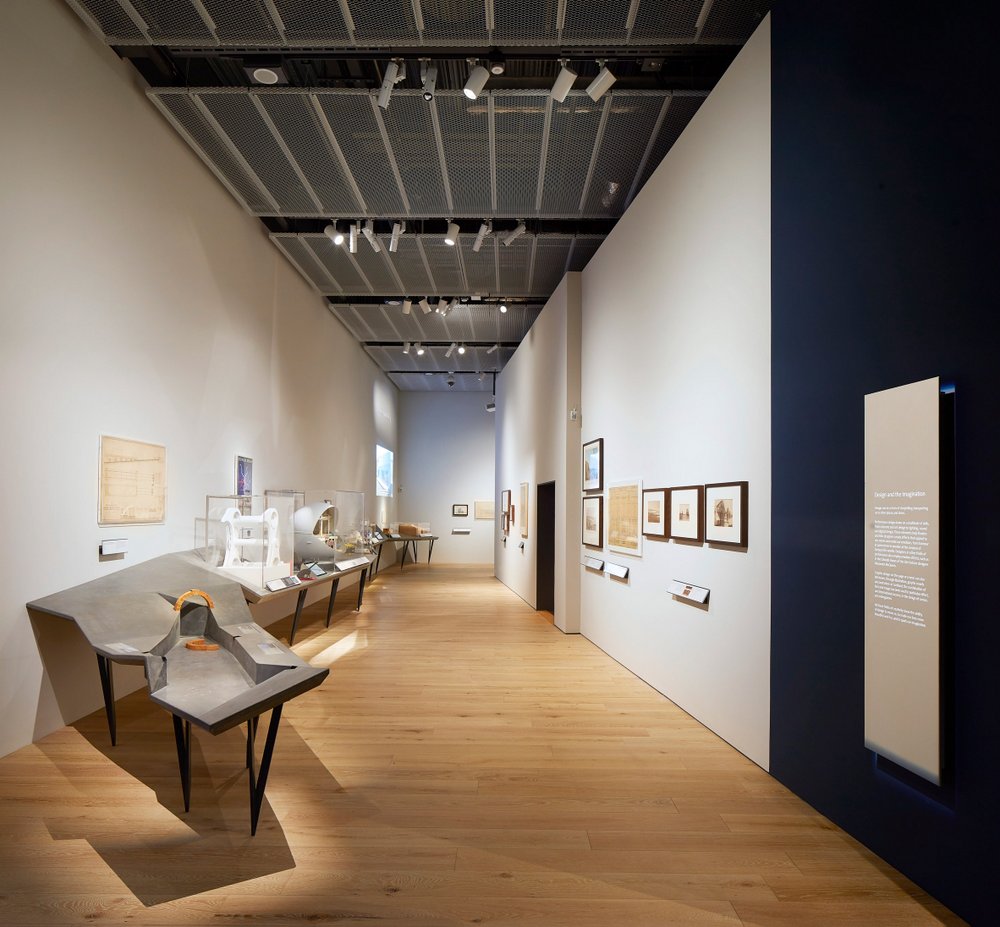