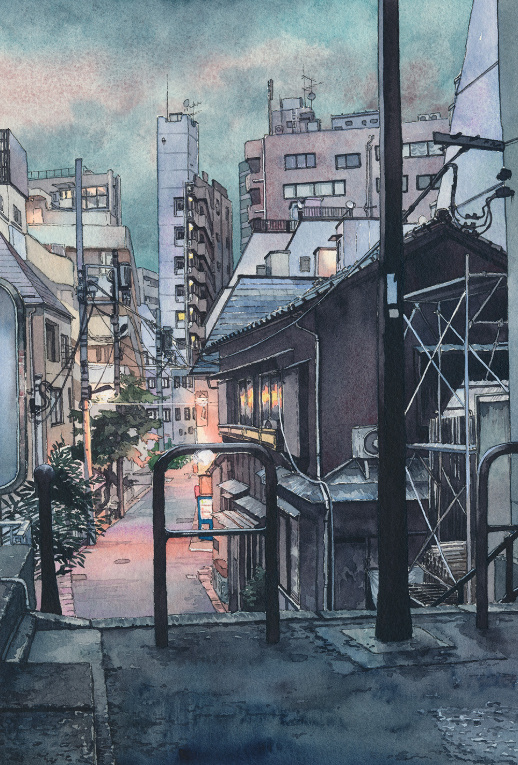 Mateusz Urbanowicz, also known as Matto, is a Polish artist and illustrator currently based in Tokyo. He originally moved to Japan to study animation and comics and he landed himself a gig at Tokyo-based animation film studio CoMix Wave, where he did backgrounds for, among other things, the film “Your Name.” 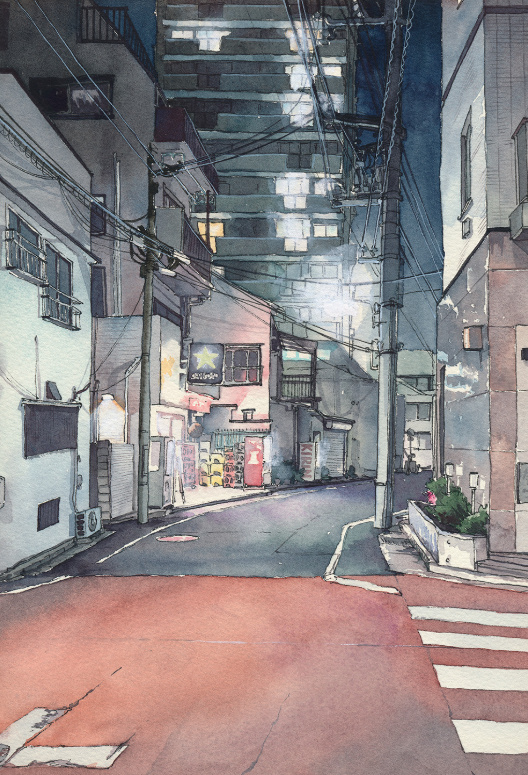 In 2017 he left the studio and began working as a freelancer so he could focus on personal projects like Tokyo Storefronts. His latest project is Tokyo at Night, a series of 10 watercolors illustrating the backstreets of Tokyo at night. The 10 illustrations were created along a path from Kudanshita that goes through the neighborhood of Kagurazaka and ends at Waseda. There’s even a handy illustrated map (and Google Map) so you can find the exact spots that were painted.

Those who know Tokyo will find affinity in the prints in that, even the back streets are never really dark. There’s always a vending machine, a neon sign or a small eatery glowing from the inside that keeps the paths illuminated.

The project, which focuses more on dimly lit back streets and empty parking lots, rather than well-known destinations, is all online. But individual prints are available for sale through an online shop as well. 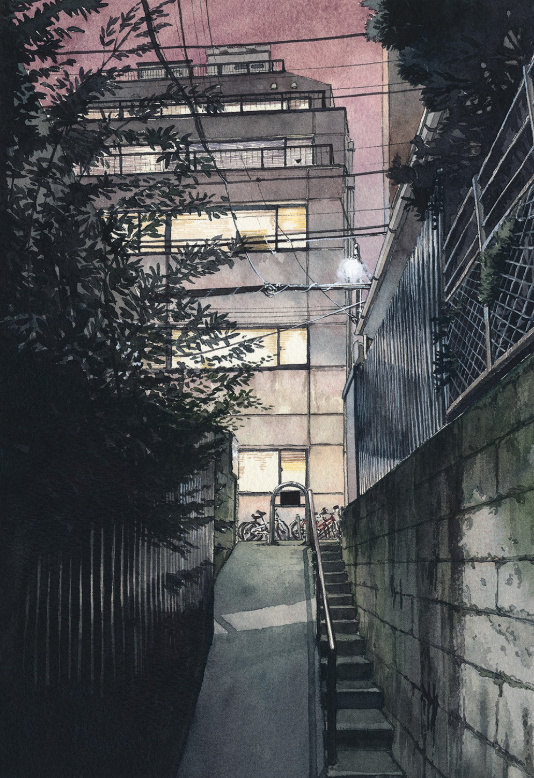 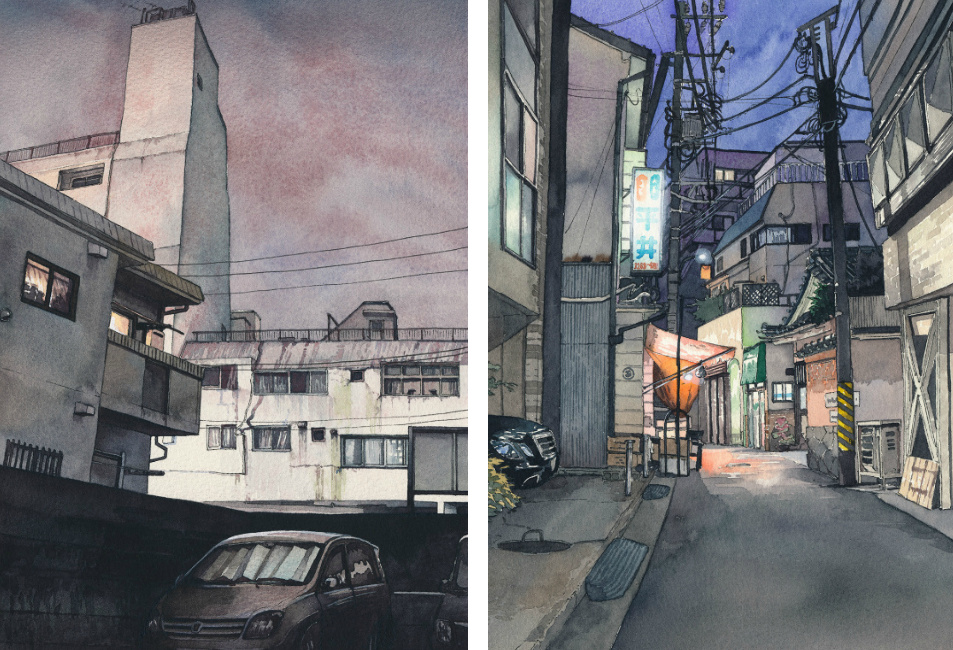 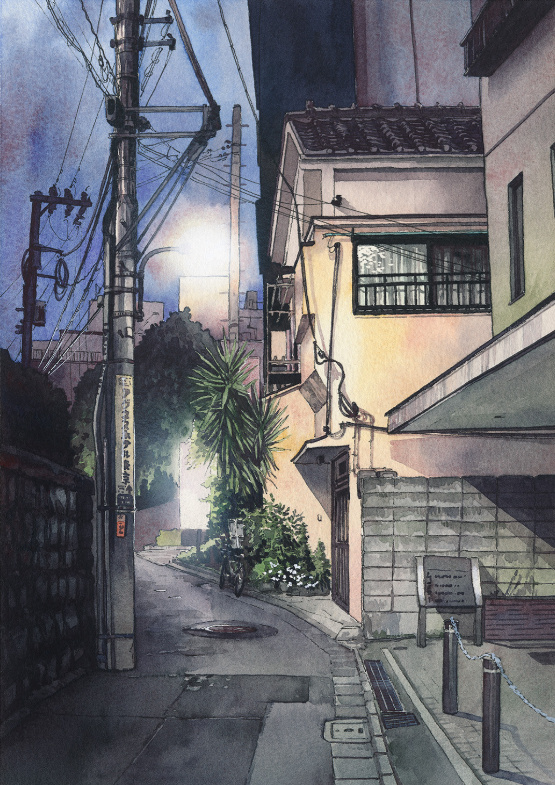 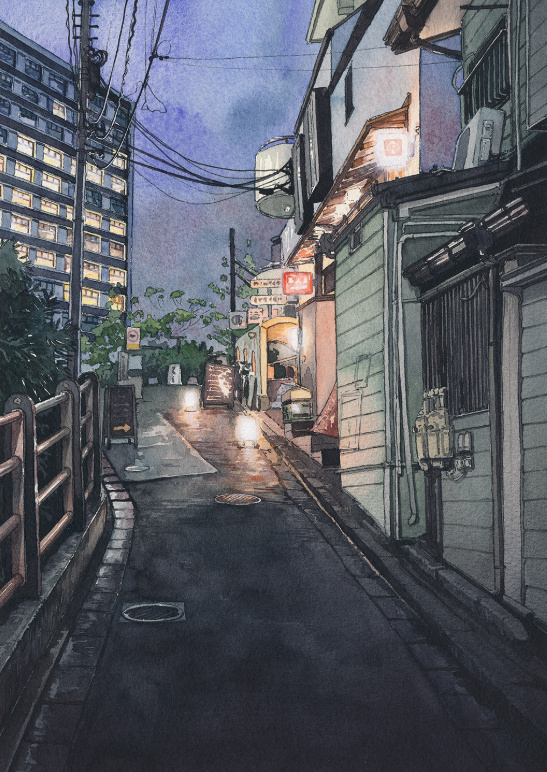 Hikobe: A Renovated Sake Brewery and Tasting Hub in Akita