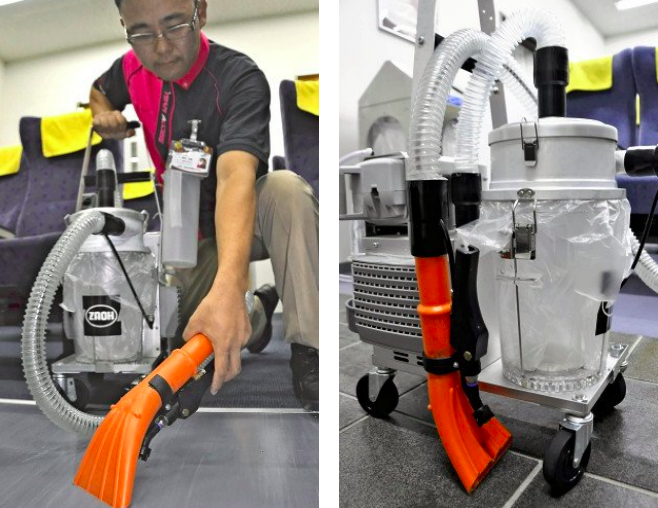 Cleaning up vomit is “one of the toughest tasks,” says a company official from JR East, one of Japan’s largest passenger railways. But drunken passenger vomit, referred to in such euphemisms as nokoshimono, or leftovers, is a major problem for railway employees. Most of us look forward to Friday, weekends and New Year’s holidays, but the number of instances skyrocket during these times. So to keep employee morale up, Japanese railways company’s are constantly trying to innovate vomit sanitation.

Up until now, the most common means of clean-up was a product known as Access Clean, a sawdust and a paper coagulant that’s sprinkled over the vomit and is then swept up once it hardens.

According to a recent study:

20 piles of vomit are found per day on average at Shinagawa Station in Tokyo, with the average rising to 50 on Fridays. The number further increases during the period in which year-end and New Year’s parties are held. On one night, more than 100 piles of vomit were found at Shin-Okubo Station.

The latest innovation to combat puke is a vacuum cleaner that not only collects vomit but also sanitizes the affected areas to prevent the spread of germs and viruses. It was developed by JR East Environment, a subsidiary of the railway company, who claim that the vacuum drastically improves sanitary conditions and reduces disgust. They plan to introduce it later this in December, ahead of the New Year holiday.