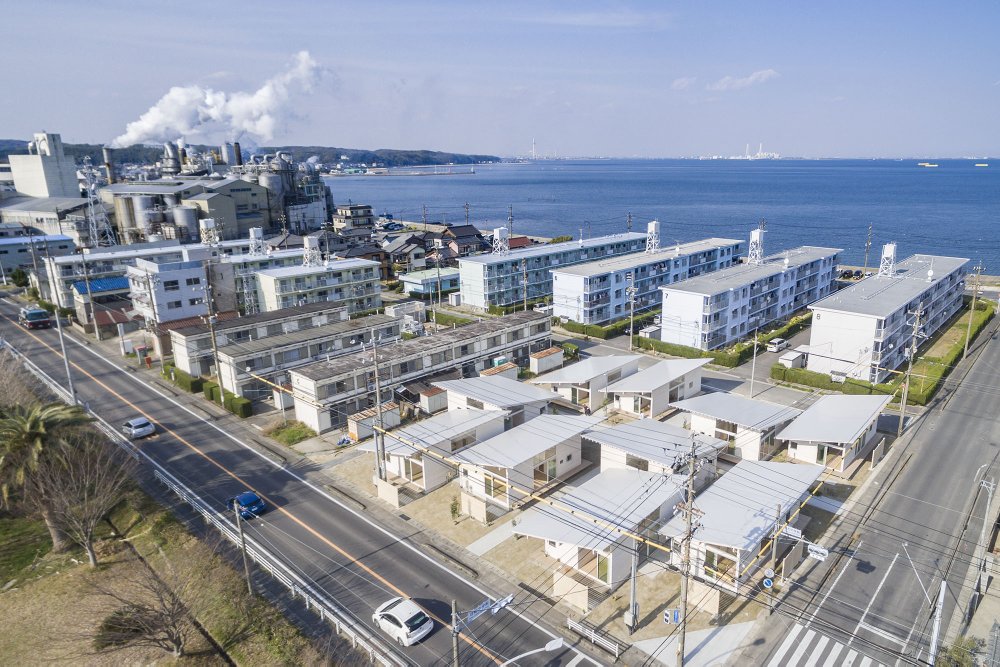 After hundreds of years of living in wooden homes that were constantly prone to fire, danchi (団地) public housing projects emerged in the 1960s to cope with Japan’s rapid modernization and urbanization. Made from western materials and western designs, they sprung up in suburbs across Japan and drastically changed the lifestyle of millions who found themselves living in a brand new type of community.

But danchi proved to be more dystopian than desired and with the dissolution of the model nuclear family came an increase in isolation and single-person households. But in one small corner of Japan, an experimental new type of public housing is taking root. One that re-imagines public housing as something softer and more gentle. One that has the potential to foster a true type of community. 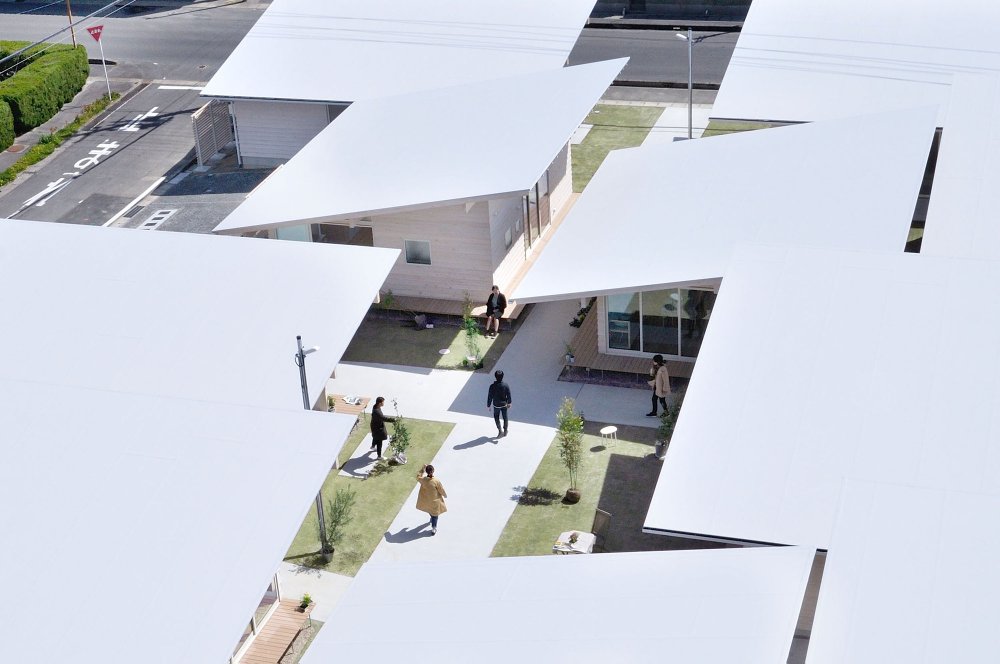 a birds-eye view of the Kowa danchi. Each home is defined by its slanted white roof.

The Kowa Public Apartment Complex was planned in Mihama, a coastal town in Aichi prefecture that has suffered from depopulation. A number of 2 and 3-story danchi buildings built in the 1950s plagued with structural deterioration and vacancies were to be torn down and replaced. But rather than building up, the town wanted to prioritize a warmer style of living that was closer to the ground. One that would be friendly to parents raising children but also seniors. 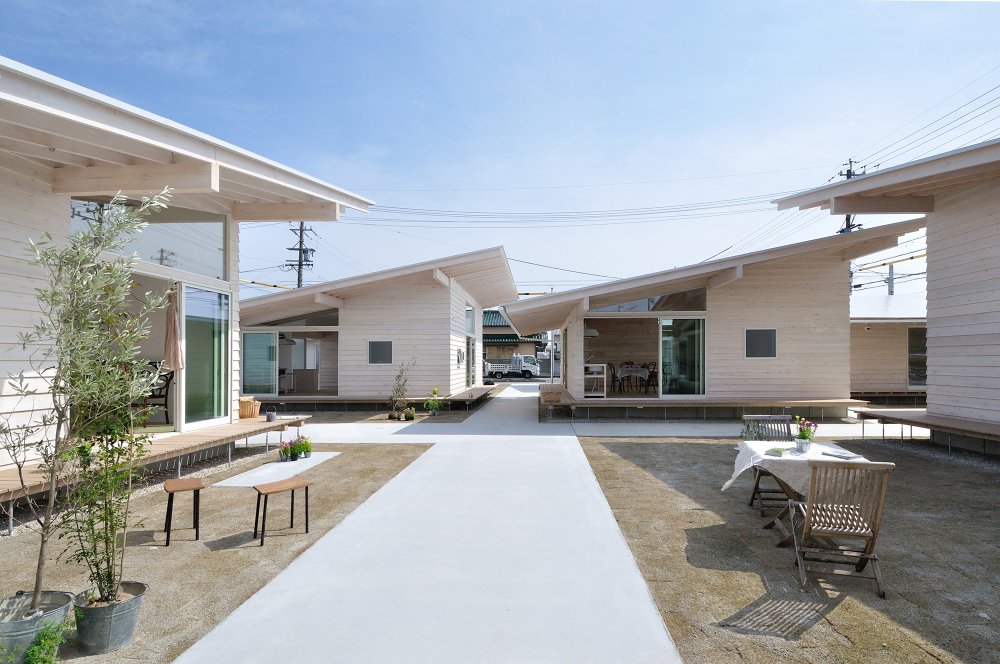 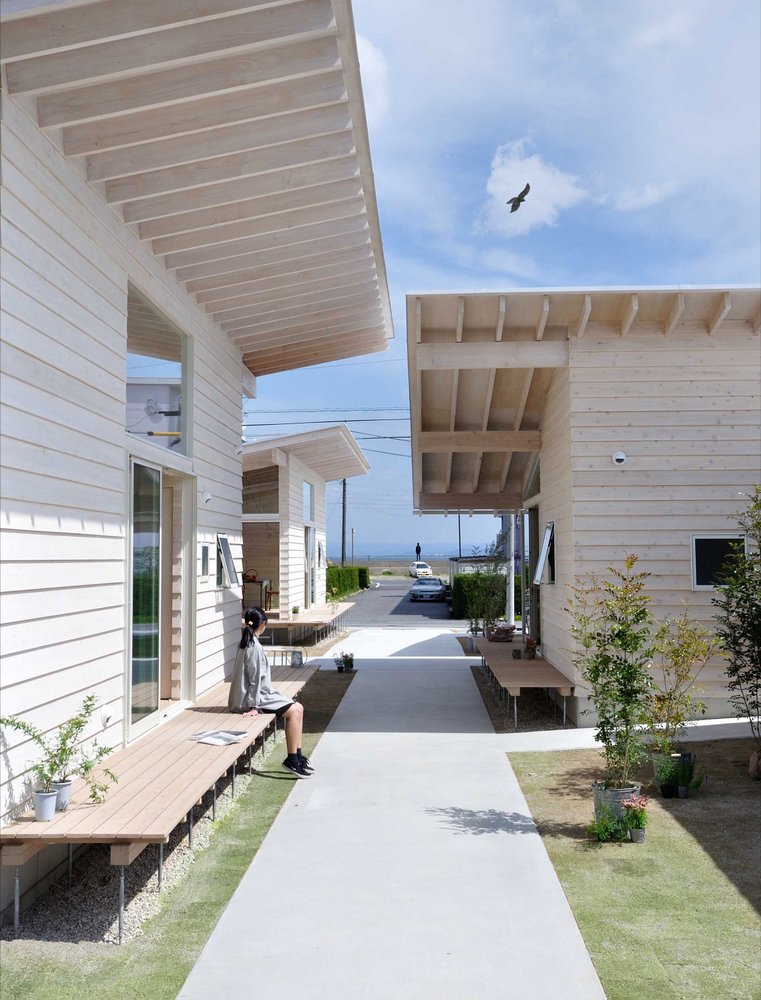 Kentaro Kurihara and Miho Iwatsuki of Studio Velocity were brought on to design a new type of housing project. The architects delivered by creating a series of homes defined by large white roofs. They substituted the traditional concrete structure for wood and created public and private territories that were intentionally blurred. Each home is surrounded by a wooden engawa, a traditional element of Japanese homes that occupies a space in-between the interior and exterior.

This combination of blurred boundaries is intended to encourage neighborly connections and contact, while also allowing residents to adjust their own levels of privacy by closing and opening as many entry points as they like. The Kowa Public Housing apartments were the recipient of a 2018 Good Design Award. 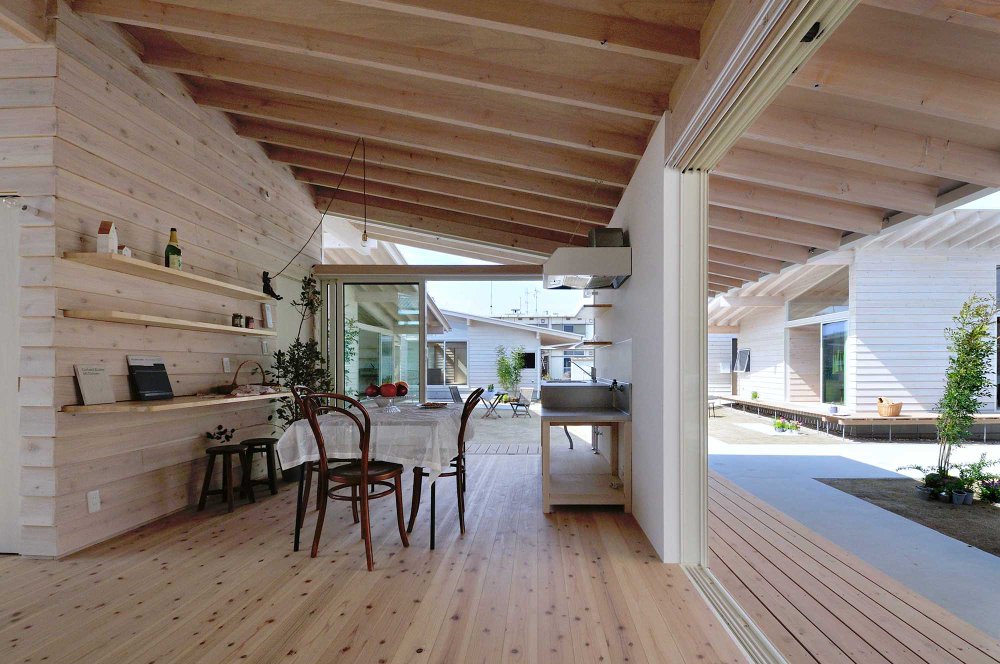 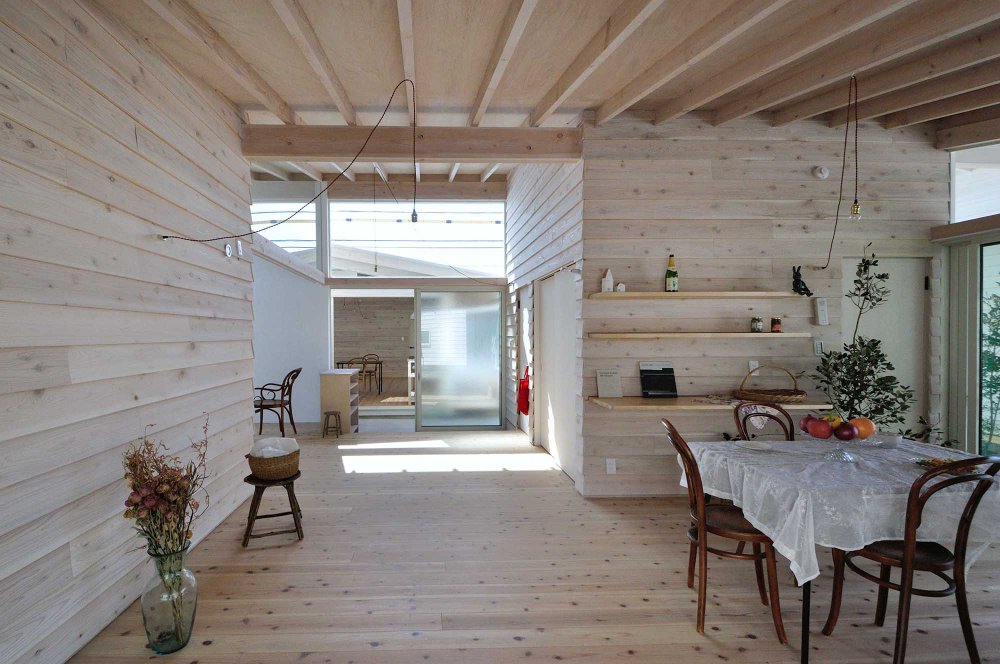 “We visited the danchi 3 months after residents moved in,” says the architects. And they go on to describe a community of families engaging with each other. Two families were just sitting down for lunch together. A girl was entertaining a baby from another home. A boy was riding his bicycle through the paths within the complex. It seemed, at least for that one afternoon, that good design can foster good community. 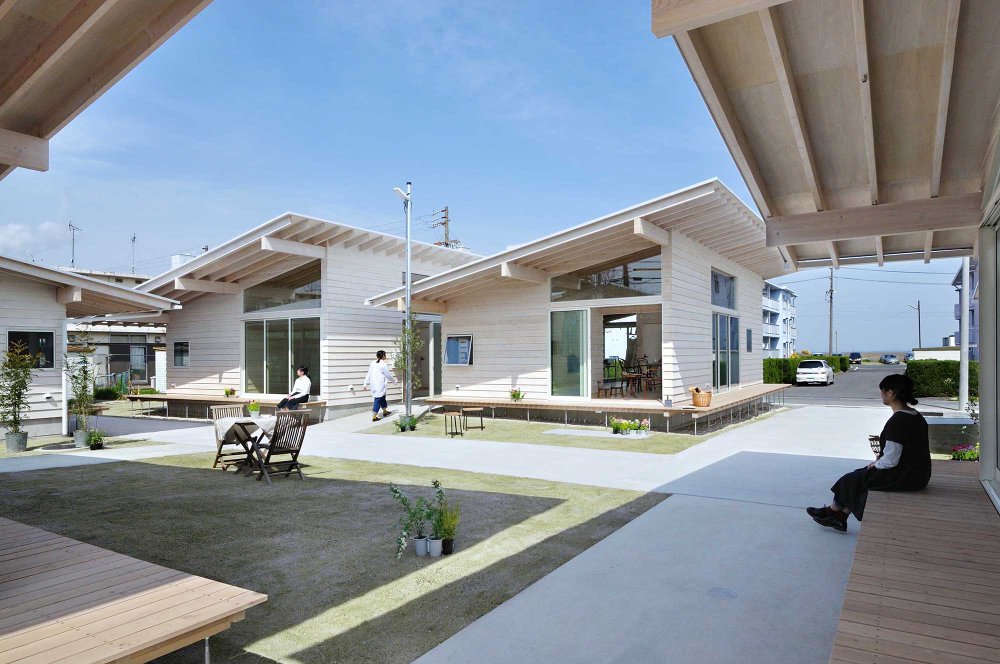 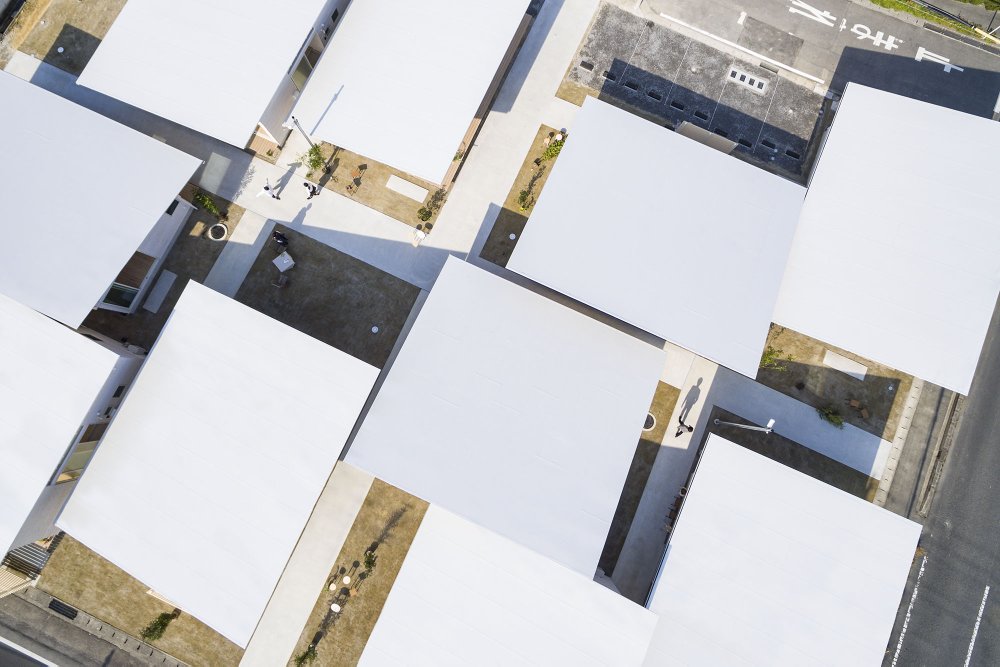 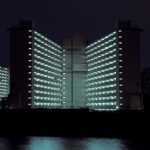 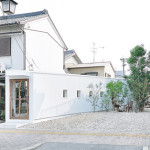 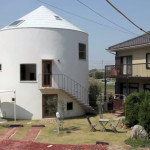 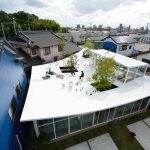