The holiday season always seems to be more hectic than it should be. In fact, Japan’s ancient word for December is shiwasu (師走), which is literally “teacher run” because this month is so busy that even the priests have to pray while running. That’s why this week we’re listening to the sounds of multimedia artist Masakatsu Takagi.

Takagi lives in a secluded, mountainous region of Hyogo, Japan. He’s devoted his life to a simple, more traditional lifestyle, free from all of life’s distractions. And it’s here that he splits his time between video art and music. He’s written the score to some of our favorite films including Wolf Children (2012) and the Studio Ghibli documentary The Kingdom of Dreams and Madness (2013).

Takagi’s latest album, Marginalia, which was released last week on December 7, 2018, stays true to his brand of impressionistic and fragile instrumentalism that’s clearly influenced by the sounds of nature that surround him. Hopefully, Takagi’s semi-ambient wounds will help you focus and get through the week. 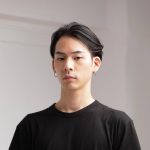 A Minimal Redesign for Pocky