This discovery of porcelain clay in Arita around the end of the 16th century lead to a number of kilns being established in the area. And over the next 400 years arita-yaki, as it’s referred to will grow into the grandfather of fine porcelain. But it’s constantly reinventing itself, the latest iteration being mg&gk.

Keizan kiln, located in Arita, was founded in 1957 by Ryuichi Shinohara who got his start making handmade, hand-painted dishes for ryotei, high-end traditional Japanese restaurants. Collaborating with designer Shizuka Tatsuno, Keizan kiln recently launched a new brand of porcelain called mg&gk. Essentially an ode to foodie onomatopoeia, mg is short for mogumogu (the sound you make when eating) and gk stands for gokugoku (the sound you make when drinking).

Keizan kiln has always considered cuisine to be integral to their product. And their first launch is pair of dishes to serve tea and sweets. Each are hand-painted with Kissho monyo, Japanese traditional motifs such as nami (wave), shippo (seven treasures), and asanoha (hemp leaves). The pieces are currently only available at Keizan’s shop in Arita. 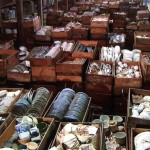 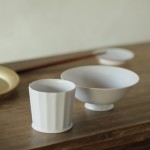 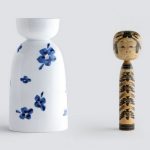 A 1/25 Million Scale Replica of Japan in Chocolate