If you don’t know about the Momo Hoax that has spread globally and caused a whole bunch of uproar over nothing, you can read about it here. But today we wanted to highlight the real victim of the hoax: Keisuke Aiso, the artist who created a sculpture whose image was subsequently misappropriated as the face of the hoax.

Aiso (whose last name 相蘇 was mistakenly reported in the Western media as Aizawa) is the head of Link Factory, a Japanese company that creates props and special effects for movies and television. One of his specialties is creating horror based imagery. In 2016, Aiso was invited by Vanilla Gallery in Ginza to participate in a ghost-themed group exhibition.

In an interview with Buzzfeed Aiso said that, given the nature of the show, he wanted to dial up the fear factor. So he set about creating a representation of Ubume (姑獲鳥), a Japanese yokai. According to folklore, the part-bird, part-human ghost is an embodiment of women who died giving birth.

Aiso exhibited his piece in the art show, which took place during the summer of 2016. And that should have been the end of the story. But 2 years later, during the summer of 2018, the artist started receiving hate mail in English, Spanish and other languages too. He went online to figure out what was going on, only to discover that an image of his sculpture had been misappropriated, and had taken on a new life as the face of an online hoax. At its peak, Aiso says he was getting about 30 emails per day. This activity eventually died down but has picked up again as media outlets have recently been reporting on the hoax.

Aiso says he’s conflicted and confused about the whole ordeal. He’s obviously upset that his imagery was used without permission. And all the hate mail has been unwarranted. But the artist himself has always been fascinated with the idea of fear and horror as a child. And to this day he has fond memories of being too afraid to go to the bathroom at night. As long as no one gets hurt, he believes it’s healthy and normal for children to experience fear, which feels like an appropriate sentiment as this story comes to an end. If we were to add one more moral, it would be this: let’s all calm down and spend a little time researching things before unleashing our rage at others online. 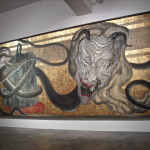 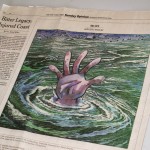 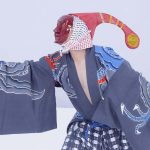 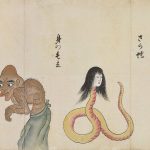