Daoko is a Tokyo-based Japanese singer and rapper who got her start on video-sharing site Nico Nico Douga. Since having one of her videos gain traction at the age of 15, her career has been on an upward trajectory. Still 22, her style appears surprisingly grounded and mature. She’s gained mainstream and subculture acceptance as she remixes gaming and anime culture to create visually arresting music videos.

Daoko originally concealed her face and relied only on her voice. Her work in the music video Me! Me! Me! (embedded below) gained lots of attention but also lead to some confusion as many assumed the voice was vocaloid software. But in recent year’s she’s become more comfortable performing. And her range is surprisingly wide for such a young artist. One of my favorite lines from the 2016 track “Moshimo Bokura ga Game no Shuyaku de” (if we were the main characters in a game) references a line from Zeebra and Dragon Ash’s seminal “Grateful Days,” released in 1998, just 2 years after Daoko was born, and encapsulates that dark and humorous irony that Daoko is capable of:

In 2017 Daoko had another major hit working with Kenshi Yonezu on “Uchiage Hanabi” the title track on the anime film “Fireworks.” If you haven’t seen the film, don’t bother. It’s really bad, but the track is good. 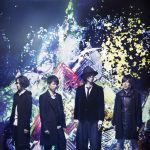 A Home in Tokyo Inspired by a Mountainous Hiking Path