Several years ago Ryo Yamazaki was brushing one of his three Scottish Fold cats. A lump of shed had accumulated on the floor and in that moment Yamazaki noticed that it kind of looked like a hat. For a chuckle he decided to mold it into a pointy hat and place it on one of his cat’s heads (photo above). Little did he know, that was the beginning of Nukege Hats, a movement that has led to a global following on social media, a book deal and a line of stationary.

Nukege is the Japanese word for shed fur or hair. And together with his wife Hiromi, the couple have perfected the art of molding shed into hats of various shapes and sizes, which they give to their cats to wear and then post pictures to their instagram accounts.

According to the Yamazakis, their cats don’t seem to mind at all, perhaps owing to the fact that the hats are super lightweight and smell just like they do. After all, they were part of the cat’s body up until a few moments ago.

The couple created so many nukege hats that they turned their work into a photobook and later a line of stationery. For those who try to make their own nukege hats at home (and there are many) the trick, the Yamazaki’s say, is to use a Furminator because a brush causes the clumps to harden. Take the loosened hair and add smaller tufts to it, rolling it into a ball. Then use your fingers to spread out the ball and shape it into a hat. Don’t forget to make an indent to fit your cat’s head! 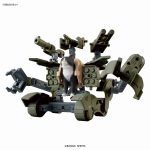 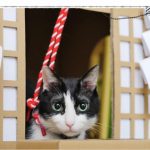 ‘KAWS:HOLIDAY’ Lands in Japan at the Foot of Mount Fuji