Bousai is the Japanese word for disaster preparedness. And given the fact that the country is so prone to natural disaster, bousai has been a point of increasing emphasis within the design community as many have turned to design as a means of facilitating better preparedness. Recently, a Japanese company that has been making firefighting equipment for almost 130 years, designed a minimal set of fire extinguishers to encourage people to keep one in their home.

Morita Miyata is a Japanese company that was originally established in the late 1800s. In 1951 they became the first company in Japan to develop foam-based fire extinguishers. But despite their many achievements, they struggled with the fact that disaster preparedness continues to be removed from everyday life in Japan. So they established a new brand called +maffs and their first product is this gorgeous fire extinguisher.

The idea was to combine the enthusiasm they observed of people decorating their rooms, with disaster preparedness tools such as the fire extinguisher. The product, which is available for 10,000 yen (about $90) , has updated the traditional form using a clean, minimal shape and matte colors like white and black that work better with contemporary color palettes.

The flame retardant itself is made from vinegar and other food-based ingredients that make it effective yet non-toxic. Fire extinguishers do have a life-span and must be replaced periodically. This one lasts for 5 years and comes with a tag that you can write the date it was purchased, as well as when it needs to be replaced. 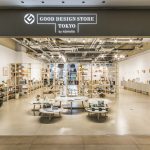 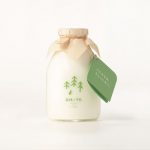 The Mitosaya Botanical Distillery in Chiba