As the sun set on Taketa City last month, tourists and locals alike gathered together near the Oka Castle ruins. And as darkness took hold, a stream of lights gradually faded into focus, twisting and turning as they appeared to extend towards the sky. This is Taketa City’s Chikuraku Festival.

Chikuraku is held annually in Taketa City (Oita prefecture) in central Kyushu. Here is the exact location. It takes place for 3 days only — Friday, Saturday and Sunday on the 3rd week of November — and thousands gather for a few brief hours each day to see the beautiful lights.

More of an event than an actual festival, Chikuraku is relatively modern with only 20 years of history. And it’s based not on ancient rites or rituals but on, well, economics. Roughly 70% of Taketa’s land is forestry, and the city is a major producer of bamboo for furniture and other home goods. But about 50 years ago their demand for bamboo peaked, replaced by cheaper, plastic alternatives.

Rather than let their bamboo forests fall into disrepair, the city came up with the idea of carrying on with their felling and using the bamboo in an annual lantern festival. It began with just 400 and has grown, gradually, to 20,000 bamboo lanterns. 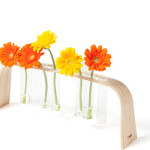 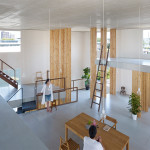