As we wind down our 12th (!) year of blogging, we embark on the annual exercise of ranking our most popular posts based on viewership. Ironically, these most-popular roundups are never very popular. But we enjoy reflecting on the past 12 months, if only for ourselves, so if you’ll indulge us again in this tradition of reviewing the stories that captivated our readers the most. Hopefully we’ve been able add a little bit of beauty and intrigue to your daily lives by delivering stories about Japan through an art & design lens.

These cats – all dressed up in hats made from their own shed – brought us and our readers plenty of joy this year. Ryo Yamazaki, together with his wife Hiromi, have perfected the art of molding shed into hats of various shapes and sizes, which they give to their cats to wear.

With all the political and celebrity scandals in Japan, there never seems to be a shortage of apology press conferences. In this fun and brilliant take on the art of the apology, a toy set features the likes of Godzilla and Mechagodzilla apologizing at a press conference, head hanging solemnly, for the destruction they’ve caused.

It was her beautiful art but also her empowering story that was so attractive. After obtaining her Master’s Degree in architecture from Waseda University, Honami Enya entered a well-known Japanese architecture firm. But the grueling hours and workload eventually weighed on her physical and mental state, and she fell ill. So she quit and went to go work for her local community hot bath.

7. Japan’s Laundromat of the Year

It was both the award-winners, and the fact that Japan even has a laundromat-of-the-year award, that surprised us. It’s presented at an industry fair in Tokyo known as the International Coin-Operated Laundry EXPO where excellence in laundromats are recognized within 3 main categories.

There’s a certain subset of stationery-obsessed folks who get excited over innovations in erasers. We’re one of them, and we’re happy that our readers are too, evidenced by the fact that this story about an Osaka-based company who developed a translucent eraser was our 6th most-read post this year.

5. The Story Behind the “Momo Hoax”

It feels like years ago that the “Momo Hoax” spread across the internet but it was only early this year. We highlighted the real victim of the hoax: Keisuke Aiso, an artist who created a sculpture whose image was subsequently misappropriated as the face of the hoax.

The majority of suburban Japan is a bland landscape of regular, cheaply constructed homes, along with shops and signage that dot the streets in colors that clash with the surrounding environment. Or, perhaps we’re just looking at it the wrong way, says artist Daisuke Samejima, who literally forces us to look at these scenes through a different frame.

In what can surely be interpreted as a thawing of Japan-China relations, 2019 saw the official release of Studio Ghibli’s Spirited Away, 18 years after its release in Japan. To commemorate the release, Chinese designer Huang Hai worked his magic, creating a series of absolutely breathtaking posters that made us want to watch the film all over.

Avengers Endgame, the culmination of the 22-film story, hit theaters in the U.S. in April and anticipation was high among fans. One of those fans happened to be Japanese illustrator Takumi, who created a series of illustrations that rendered characters from the film in Ukiyo-e style.

In 2014, a subculture emerged in Japan called jimi halloween (地味ハロウィン), or “mundane Halloween.” It was started by a group of adults who “kind of wanted to participate in the festivities of Halloween, but are too embarrassed to go all out in witch or zombie costumes.”

Our coverage of this year’s festivities was our most popular post of the year!

And that concludes our list of most-popular posts from 2019. Thank you to all the artists and designers who allow us to tell your stories! And thank you to everyone for reading. Here’s to 2020 being filled with even more beauty.

(P.S. If you’re interested in diving into our archives of annual “bests” those can be found right here.) 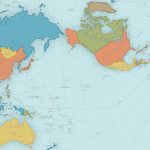