January 9, 2020 / Johnny / Comments Off on Toyota Plans to Build a Prototype Future City at the Foot of Mt. Fuji

Toyota, one of the world’s largest car manufacturers, announced this week that they are going to bring their vision of the future, to reality. The auto giant is teaming up with Danish architect Bjarke Ingels and his firm BIG to design and build a “prototype city of the future” on the site of a former car factory located near the base of Mt. Fuji.

The city will have more than just great views of Mt. Fuji though. It will be home to roughly 2000 people — both Toyota employees as well as the general public — and will be cleanly powered by the firm’s hydrogen fuel cell technology. According to theory, residents would also live among the company’s autonomous vehicles, innovative street design, smart home technology, robotics, and new mobility products. Put differently, it’s a gigantic experiment being controlled by a multi-national corporation, so of course there is plenty to be skeptical about. But if it works, it could provide the blueprints to a way of life, especially for Japan’s aging population, who will have to rely on autonomous driving for much of their mobility needs.

Of course it’s not just for the elderly. “Woven City,” as it’s being called, takes its name from the 3 types of roads that are going to be woven throughout the city: one for faster vehicles, another for bikes and scooters and the last for pedestrians, in the form of a park-like promenade.

Toyota expects to break ground on the project next year in 2021. You can read more about it here. 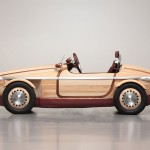 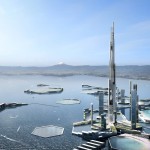 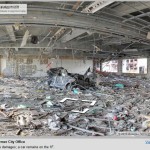