Japanese Aqarium’s Flowchart Illustrates the Complex Relationships of Their Penguins

July 6, 2020 / Johnny / Comments Off on Japanese Aqarium’s Flowchart Illustrates the Complex Relationships of Their Penguins

Penguins, the way they waddle around and protect their eggs, are often thought of as cute, cuddly and romantic. But those who observe them for extended periods know they have a dark side. Two aquariums in Japan, Kyoto Aquarium and Sumida Aquarium, keep obsessive tabs on their penguins and maintain an updated flowchart that visualizes all their penguin drama.

As Kyoto-based researcher Oliver Jia points out, penguin drama can include serious crushes and heartbreaks but also adultery and egg-stealing. And these Japanese aquariums have it all charted in a flowchart that can be studied for hours.

The aquariums keep high-resolution versions of each. Here are the links for the Kyoto Aquarium and the one for Tokyo’s Sumida Aquarium. According to the aquarium’s caretakers, the penguin’s romantic escapades are fairly easy to observe. For example, wing-flapping is a sign of affection and couples can be seen grooming each other. Penguins who are getting over a break-up will often refuse to eat.

Someone needs to give these penguins their own reality TV show! 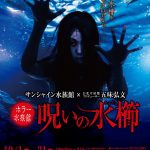 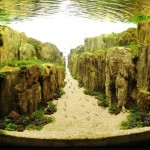 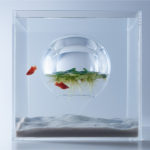