A 34-year old artist who goes by the name Lito has been living with attention deficit hyperactivity disorder (ADHD) his entire life. Lito had been searching for an outlet where he could channel his above-normal levels of concentration and obsessiveness when he discovered the Japanese art of kirie (切り絵, literally ‘cut picture’). Earlier this year in January he began experimenting, not with paper, but with leaves.

According to a recent interview, leaves turned out to be an ideal medium for Lito as their decomposing nature forced him to work quickly. Over time he got faster and his daily creations, which he began posting to social media, became more intricate.

Following the standard kirie practice, each piece is always cut from a single leaf. But Lito always leaves traces of the leaf’s midrib, perhaps a sign of respect towards the leaf. Lito also always manages to imbue his creations with a playful narrative, one that is either inspired by film or books, or plucked from the artist’s own imagination.

“Even graffiti is a fine art – As drawing time begins, the colorful crayons start to move in unison. What a wonderful world is being created today.”

“Lunch is coming soon.” (a tribute to Peter Rabit) 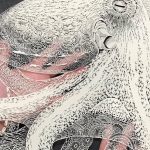 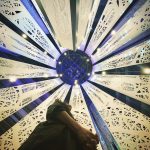 Celebrate the Arrival of Fall With a Forest of Kirie Foliage 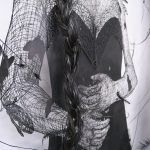