Tokyo Public Parks are Prepared for the Next Natural Disaster

Given Japan’s susceptibility to natural disasters such as earthquakes and hurricanes, landscape architects and urban engineers have been quietly re-designing public parks to function as evacuation areas. And many of these design tweaks are so subtle you wouldn’t even notice them, so we decided to check in on a few of Tokyo’s “Disaster Prevention Parks” and highlight some of the ingenious ways they will help citizens cope during the next disaster.

When a disaster strikes, there’s a good chance that electricity will have been cut off. And if you’ve ever been outside at night in the countryside you’ll know that without city lights, it can be really, really dark. So public parks are equipped with solar powered lights and batteries that will illuminate your way even without electricity. And some of these parks are huge so floor lights will guide you to the designated evacuation site.

Have you ever walked through a public park in Tokyo and noticed lines and lines manhole covers, evenly spaced out? This are actually designed to be used as toilets during an emergency. We can survive without food for a day or even more but going to the bathroom is an urge we just can’t ignore, which is why having functioning toilets are so critical to maintaining health and sanitation during a disaster.

Portable chairs, toilet sets and a small tent are placed on top of the manholes, which create private toilet stalls for everyone to use. There’s also a separate water supply to flush the toilets and keep them clean.

From Bench to Stove

Another very cool design tweak is that many of the benches in these public parks can now transform into stoves for boiling water or cooking food. Being able to boil and disinfect water is critical in not only maintaining public health but also treating the wounded. Boiled towels can be used to wrap around wounds and stop bleeding. Parks are also stocked with containers that can be filled with hot water to create hot water bottles, which can body temperatures up during a cold night.

While you won’t find any walled-off areas in public parks, you’ve probably seen these pagodas with roofs. In an emergency they can quickly transform into sheltered areas using pre-stocked vinyl walls and roofing that extend down to the ground, offering protection from wind, rain and other elements.

If you live in Tokyo and you’re unsure where your closest Disaster Prevention Park is, why not take this opportunity to find out. There’s a lot more helpful information on the Tokyo Parks website that’s in multiple languages. If you’re not in Tokyo, reach out to your local jurisdiction to see what information they have. Now is always a great time to get prepared. 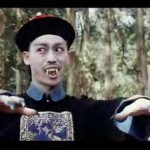 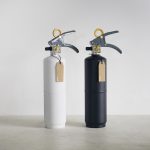