In December of last year a local government agency in Aomori prefecture set out to create a PR campaign that would boost the value and attractiveness of their fishery industry. They eventually landed on the idea of creating sets of trading cards featuring real-life fisherman, flexing in poses often featuring the fish they caught. The cards have become a huge hit among the local community and beyond with kids trying to collect different cards while also vying for rare cards.

According to one article, the cards are entirely handmade by Noriaki Kimura, a 32-year old government employee who single-handedly goes around asking local fisherman for permission to take their photographs. He then brings the photos back to his office, designs the card, makes prints and then cuts them into trading card sizes.

In December of 2019 they began distributing the cards at fish markets locally, but also trade shows around the country and sure enough they were an almost immediate hit.

There are currently about 60 types of cards on the market, featuring fishermen of all ages. Given the surprising popularity of the cards, especially among kids, the organizers hope they will help stem the decline in number of workers within the fishery industry. 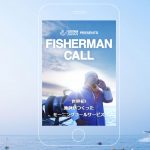 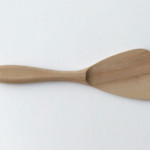