Artisan Spotlight is a new initiative at the Spoon & Tamago Shop to highlight the work of individual artisans and craftspeople in Japan. Although we’ve always been supportive of traditional crafts, our focus within the shop has always been on makers and designers that fall somewhere in-between handmade and mass-produced. But with limited travel and exposure now due to the pandemic, we thought it was important to expand our coverage.

The first artisan in our series is potter Akihiro Terada, who we first met several years ago at a small gallery in Tokyo. He currently works in rural Chiba, where his studio overlooks rolling hills and rice paddies.

Originally from Tokyo, Terada relocated to Aichi prefecture, where he immersed himself in the world of pottery. In 2010, he set up his studio in Chiba and has been showing at galleries around Japan.

Terada emphasizes the texture of his dark clay, which he sources from Mie prefecture. And he primarily works with minimal light and dark glazes, which complement the character of the clay, resulting in tactile works that are as joyful to touch as they are to eat and drink from. Each piece is gas-fired in Terada’s own kiln, located on-site at his studio.

You can see all of Akihiro Terada’s available pieces here. 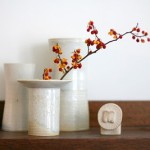 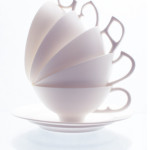 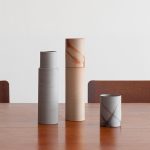 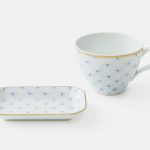