Imaginative Drawings of Travel During a Pandemic Lockdown by Oscar Oiwa

Tsutenkaku, Osaka (created in March 2020) “I was supposed to travel to Osaka at the end of March, to have a meeting with a museum curator and prepare for a show that would take place at the end of year. I was thinking about preparing a series of works with a local theme, and hoped to also spend the trip researching the history and culture of the area. However, after the coronavirus outbreak hit Japan, I needed to give up that trip too”

The Brazilian-born Japanese artist Oscar Oiwa (previously) found himself in the same state as many of us when the pandemic struck earlier this year: projects and trips were all postponed. Instead of meeting with curators, going to his studio and walking around New York City where he’s based, he found himself confined to his apartment. So he did the only reasonable thing: he used his craft to begin a series that would transform his feelings into visual art.

Tsutenkaku, Osaka (created in March 2020) “Another study about Osaka city, famous for its street food.”

Oiwa’s Quarantine drawing series features locations the artist was supposed to visit, locations he visited instead and other locations referencing his time spent during quarantine, all masterfully rendered as digital drawings.

“The result is like a diary of insights about my past, my present daily life, and the future,” says the artist. You can see all of them on his website.

Showa Nihon, (created in April 2020) “Quarantine is a good time to see movies from the internet. I love to watch old Japanese black & white movies from the 50´s and 60´s, the golden era of Japanese cinema. At the time, the country was recovering from World War II and TVs were not yet accessible for all. Compared to technology these days, it is simple but I can feel the team creativity behind the camera. These movies are like black & white drawings. The simpler the medium, the more difficult it is to produce a good work.”

Waves (created in June 2020) “The situation is getting critical in the city; thousands of people are dying.The lack of federal leadership is imminent. Hospitals are overcrowded and increasingly lacking basic medical protection. The Navy hospital ship USNS Comfort has docked in the harbor. The Jacob Javits Center has been transformed into a war zone against the invisible enemy. Refrigerated containers are parked outside of hospitals to preserve the bodies. The weather has changed and I can see waves everywhere.”

Times Square (created in October 2020) “Once a place crowded with tourists from around the world, Times Square is now completely empty. Everything is closed. Why don’t they turn the sign lights off and save energy?”

The Great Depression (created in May 2020) “The pandemic is now a little more under control in the State of New York. The mortality rate has dropped to around 200 from a peak of 1000 dying per day. Now a second crisis is coming. Newspapers say that 33 million people in the US have filed for unemployment benefits in the last 6 weeks. This translates to 1 in 5 American workers suddenly without a job. Public schools and food banks all over the city have been struggling to distribute enough food. This drawing is a modern version of an iconic photo shot by Margaret Bourke-White in 1937´s recession.”

9th Avenue, New York (created in April 2020) “I imagine that after the apocalypse, the former capital of the world will transform into a ghost town. Slowly, it will be covered by vegetation and wild animals will return. This work is from my imagination but the reality of it is very cruel. Walking on the street, I see more homeless people trying to find food, like animals in the woods.”

View From My Window, New York (created in April 2020) “During the quarantine, people spend a lot of time on the computer. They share things on social media like small home concerts, cooking skills, and views through the window. My window is like a giant movie screen: from here I can see so many things happening because this is a city with a high density of villains and superheroes. Tonight´s attraction is a classic science fiction B movie, an epic battle of Codzila vs. Trumtopus!” 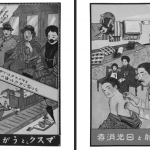 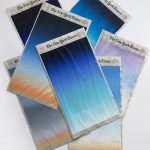 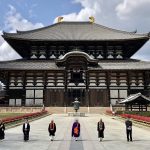 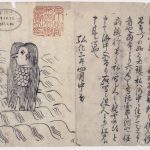