British novelist Kazuo Ishiguro’s latest novel “Klara and the Sun” is being released on March 2. The Nobel laureate’s 8th novel has been highly anticipated in both Japan and in his home country of the U.K., and the book is being simultaneously released in English and Japanese. But it’s hard not to notice the colorful and elaborate Japanese book design, particularly when compared to the minimal British version.

Both designs are nice and strangely compelling. But if they were on a bookshelf together, we would likely pick up the Japanese version. Its elaborate cover, which wraps around the book from front to back, was designed by illustrator Toshiyuki Fukuda (previously).

Fukuda is known for his whimsical illustrations that often incorporate colorful flora and fauna. Here, a large sunflower, girl and smaller ferns and flowers all sprout up from the ground creating a magical scene that beckons one to turn the page.

Another curious choice is the Japanese title, which translates the word “Sun” as お日さま (ohisama) instead of 太陽 (taiyo). The former is a more childish word that suggests innocence or naivety, both of which have been common themes in previous Ishiguro novels. Either way, we can’t wait to read it!

the U.K. cover design for Klara and the Sun 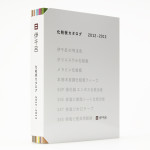 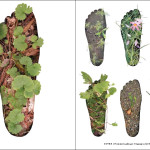 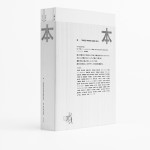 Haruki Murakami Has Designed a Line of T-Shirts for UNIQLO