What if we took something inherently disposable and redesigned it around disposability? That was the idea behind CYQL PROJECT, an initiative by graphic designer Kenya Hara’s Nippon Design Center (previously) to propose an alternative to Japan’s massive single-use plastics industry.

There are over 50,000 convenience stores across Japan and each are stocked daily with plastic bento boxes. Not only are they chalk-full of single-use plastics but the containers often come in a myriad of shapes and sizes, which not only takes up space in the trash but also creates confusion around separating what gets recycled and what doesn’t.

Throwing things away are a part of life that’s here to stay. And yet things like disposable bento boxes aren’t designed to be thrown away. So Hara’s team decided to redesign the bento box beginning with the process of disposal. The resulting bento box is a minimal, understated design. And aside from the lid and chopsticks, it’s made from just a single sheet of paper whose form takes inspiration from origami. It folds open and then collapses flat again, helping facilitate a more sustainable process from usage to disposal.

Watch the video below for more. You can also reach out to CYQL PROJECT if you’re a business owner interested in trying out the paper bento boxes. 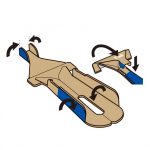 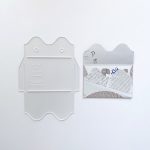