July 9, 2021 / Johnny / Comments Off on Woodblock Prints of Wood Blocks and Other Objects by Akihiro Kumagaya

Japan has a rich history of creating woodblock prints. And one of its many allures lies in its ability to conceal its true nature. In a recent series of prints, designer Akihiro Kumagaya has reconfigured this notion, returning — both literally and figuratively — to the roots of woodblock printing by creating a series of woodblock prints of wood blocks that emphasize the surface, grain and tree rings of the wood.

Kumagaya’s interests lie in changing our perspectives, and the way we see things. And his series of woodblock prints do just that by reconfiguring the world’s oldest printing technology and using it as a means of extracting information about the wood itself: its age, local climate and what type of weather it has seen. It’s a primitive concept that, when executed as skillfully as it was, becomes mesmerizing works of art.

Along with the woodblock prints, Kumagaya has also displayed a series of botanical compositions, a concept originally created for the Mitosaya Botanical Distillery that he then expanded on. Small botanicals are suspended by a string in between a piece of bamboo that has been molded circularly to create a frame. The piece is then held down by a rock. Together, the wood block prints and botanical compositions offer a new way of looking at objects at their most basic level.

“Objects” is on display at the Place by Method gallery in Tokyo now through July 24, 2021. You can also keep up with Akihiro Kumagaya on Twitter and Instagram. 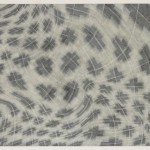 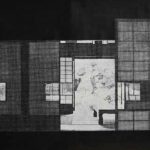