October 13, 2021 / Johnny / Comments Off on Enjoy a Socially Distanced Dinner Inside Chochin Lanterns at Hoshinoya Tokyo

Last week, the rejoicement and excitement in Tokyo was palpable as major restrictions were lifted, allowing restaurants and bars to reopen. But just because the State of Emergency was over, doesn’t mean we’re out of the proverbial pandemic woods. For those who continue to be cautious and vigilant, Hoshinoya Tokyo is offering socially-distanced dinners inside chochin lanterns.

Beginning on October 13, 2021, the Hoshinoya resort in Tokyo will begin offering chochin dinners. Chochin lanterns have long been a traditional part of Japan’s eateries and business establishments and the hotel reinvented them as partitions that can be placed over each diner.

Of course we are not virologists here and are not advocating that this is completely safe method of dining out but it’s an elegant solution that reminds us of The Cone of Silence.

If you’re interested in the chochin dinner you’ll need to make reservations with Hoshino Tokyo. There is a 30,000 yen charge for the space on top of 21,780 yen per person for the pre-set course. 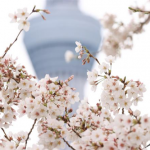 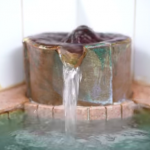 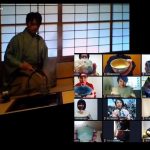 Online Japanese Art & Culture Resources You Can Enjoy From Home 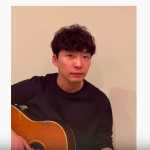