DesignArt Tokyo 2021 is Transforming the Metropolis into a Museum

October 19, 2021 / Johnny / Comments Off on DesignArt Tokyo 2021 is Transforming the Metropolis into a Museum

DesignArt Tokyo will be in full-swing starting this week and running through the end of October. The annual celebration sees Tokyo transform into a living, breathing museum. Over 300 artists and designers from all over the world will be showcasing work at galleries, retail shops and other spaces for ten days: from October 22 to October 31, 2021.

Curated by designer Jin Kuramoto, Kuradashi is an exhibition that brings creators and users together through enabling an opportunity to purchase unique works of design that aren’t yet on the market. Participating designers include Kazuhiro Yamanaka, who is presenting minimal book display shelves, Norihiko Terayama, with a unique lighting design made entirely from wires, design studio we+, with light fixtures that visualize a water vortex and Jin Kuramoto, who collaborated with Norwegian label Nedre Foss to create glass jugs that look like running water.

The title of the exhibition, Kuradashi, is a Japanese term that literally means “remove from storage” and implies that the best-of-the-best is being shown.

Ambi is a design duo comprised of Shun Koike and Shohei Kobayashi. They are showcasing work inspired by their signature style of products inspired by various phenomenon such as “Zero Gravity,” which is a series of umbrella stands that appear to have been freed from gravity itself.

Contrary to their visual lightness, they’re molded from cement.

The Japanese painter Kayoko Kimura, who creates drawings of flowers that are imbued with the “exploration of the universe, time, as well as life and death,” will be showcasing work at the Ginza location of American fashion label Tory Burch.

While you’re in Ginza you should definitely make a stop at the Ginza Six department store where artist Kohei Nawa has created a sprawling installation with the atrium titled “Metamorphosis Garden.” An augmented reality performance created in collaboration with choreographer Damien Jalet creates a constantly changing world in which real objects and images of augmented reality overlap.

Austrian designer duo mischer’traxler unveil new artwork titled “I am nature.” Premiering in Japan, the artwork uses digital technology, inviting us to reconsider how humans coexist with nature. The duo’s “curiosity cloud mobile” installation will also be exhibited. Composed of mouth-blown glass bulbs, each globe contains a single, hand-fabricated insect that refers to an existing species found in nature. The installation captures the magical fascination that insects have on humans. 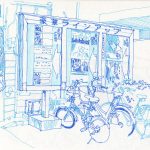 Design Art Tokyo kicks off this week, transforming the city into an open air museum 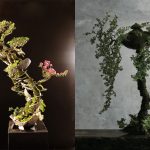 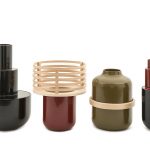