October 30, 2021 / Johnny / Comments Off on NHK’s Kohaku Music Festival Gets a New Logo

Kohaku Uta Gassen, commonly referred to simply as Kohaku, is a year-end music festival that has aired on Japanese television since 1951. Practically a national pastime, close to 40% of the population tune in as they reflect on the past year. This year, for the first time in almost 15 years, the program announced a new logo that signifies a small yet significant change.

The new logo is a beautiful gradient of red to white, with all sorts of hues in-between. And rather than a mechanical, inorganic gradient, it’s nuanced and rough, which gives it character and warmth. We think it’s a wonderful evolution! 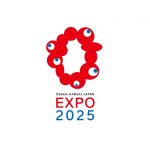 Our Favorites from the 2021 Good Design Awards