If you’ve seen Mamoru Hosoda’s latest film BELLE, you may recognize our featured musician of the week as none other than the voice of the animated film’s protagonist. Thirty-year old Kaho Nakamura is a Japanese singer-songwriter based in Kyoto who was selected last year as the voice of Suzu/Belle. Having originally attended art school with ambitions to become a visual artist, Nakamura’s background is evident in her songs and music videos which are richly layered with texture, color and emotion.

“Sayonara Claira,” released just last week, is a track off the artist’s new album NIA coming out on March 23, 2022

If Nakamura had chosen the route of visual art, I imagine she would have become an abstract painter. Her unique voice, at times raw and unrefined, is like a paintbrush zigzagging across the canvas taking listeners in unexpected directions. And she deftly walks a fine line between experimentation and j-pop, ensuring that her audience doesn’t get lost along the way.

As you listen, take note of the way Nakamura also plays with her lyrics and vocals, slurring or emphasizing certain syllables the way a calligraphy artist might apply pressure to the brush, but then release it, allowing the ink to flow freely.

Like what you hear? You can find more of Kaho Nakamurai’s music on Youtube. She is also on Twitter. And be sure to check out our other Music Monday picks. 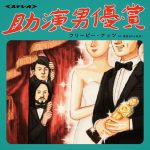 The Road Less Traveled in Tohoku