Agency for Cultural Affairs, Government of Japan (ACA) in collaboration with the IFC Center and Visual Industry Promotion Organization (VIPO) is proud to present New Films from Japan, introducing U.S. audiences to the best of recent Japanese cinema with screenings of Yujiro Harumoto’s A Balance and Keisuke Yoshida’s Blue from March 11-17, 2022, at IFC Center, New York. This is the third installment in the ACA Cinema Project series.

Keisuke Yoshida’s Blue, is a gripping drama about boxing that stars Kenichi Matsuyama and Masahiro Higashide, appearing on-screen together for the first time since Satoshi: A Move for Tomorrow. Earning the title of “The Master of Psychological Drama,” Yoshida was honored with a special Director in Focus program at 2021’s Tokyo International Film Festival.

“‘Blue’ is an idyllic love letter to the world of combative sports. A wonderfully crafted drama with strong performances.” –Asian Movie Pulse

Winner of the New Current Award at the Busan International Film Festival and an official selection at Berlinale, Yujiro Harumoto’s second feature film, A Balance, stars Kumi Takiuchi as a documentary director reporting on the true-life scandal of a student-teacher relationship with fraught societal consequences.

“Revealing… a bracingly unsentimental picture which asks knotty questions about the relationship between the media and the subjects at which it points its cameras.” –Screen International

Learn more and get tickets at ifccenter.com. 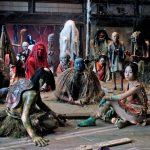 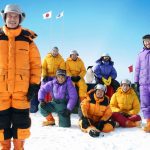 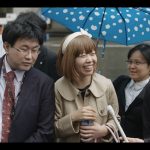 An Exhibition of Ultra-Specific Leather Bags From Tsuchiya Kaban