September 9, 2022 / Johnny / Comments Off on Maison Owl is a Cave-Like Restaurant in Yamaguchi Designed by Junya Ishigami

It’s been almost 10 years since Motonori Hirata, the brainchild of the Maison Owl restaurant, came up with an idea to create a space that felt like entering a hideout. He conceived a restaurant that felt like it had been on earth for 10,000 years. And eating there, guests could imagine it being there for another 10,000 years. Hirata teamed up with architect Junya Ishigami, who helped bring his concept to life. Maison Owl had it’s soft-opening last lear and has been slowly working up towards full operation through an invitation-only policy. But they’re now preparing for an official opening this fall.

Maison Owl is located in the Nakaube neighborhood of Yamaguchi prefecture. It’s in the middle of nowhere. And I don’t use that term lightly. Approaching it is as surreal as the restaurant itself because it’s set back from any main road and you really don’t see it until you realize you’re standing almost on top of it. Carved into the earth, Maison Owl looks like a cave that’s been carved by wind and water. Gentle lights emanate from its many crevices, which builds suspense for what is about to come.

The menu lives up to the experience as well, with a seasonal rotation of french-style cuisine that comes out in over a dozen courses. All the table ware was made by potter Jiro Yoshida while the cutlery is hand-crafted by metalworker Yuki Sakano. However, as one would expect, the experience comes at a price. If you can manage to get a reservation, and make the trek there, be prepared to spend 40,000 jpy per person, or 70,000 for the drink pairing. 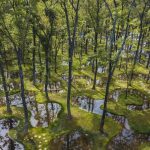 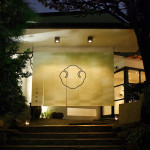 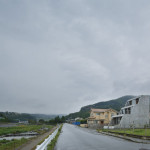 Gunkanjima from Above: Exploring What Was Once the World’s Most-Densely Populated City