Autumn is officially upon us. It’s the season of shorter days, brighter moons and bountiful harvests. Niigata prefecture, in Northern Japan, is known for its rice paddies and rice production. Around this time of year the rice harvest becomes a big deal, as well as the tons of rice straw, or wara, that is leftover. It can be plowed down as soil improver, fed to livestock, or even woven into decorative ornaments. But before any of that, for the past 9 years Uwasekigata Park has hosted a Wara Art Festival by teaming up with art students to create creatures, both large and small, from rice straw.

The theme for this year’s festival is “things that bring happiness” and on display is a maneki-neko (‘beckoning cat’), believed to bring good luck, a pine tree, which symbolizes longevity, and the qilin, a legendary creature thought to bring happiness to the land it walked on.

A festival is planned for October 8, 2022 but the sculptures are on display throughout the entire month of October. Visit Niigata City’s website for more details.

The Wara Art Festival all started in 2006 when the local district reached out to Musashino Art University to seek guidance on transforming their abundant amount of rice straw into art. And in 2008, the very first Wara Art Festival was held. Since then, every year the school sends art students up to Niigata to assist in creating sculptures made out of rice straw. The festivities have ended but the sculptures are on display through October 31, 2017. 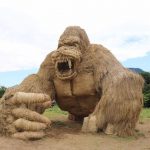 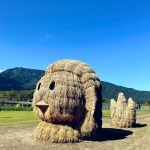 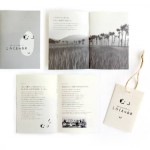 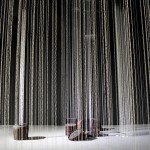