Tracing the History of Railways in Japan Through Art

October 10, 2022 / Johnny / Comments Off on Tracing the History of Railways in Japan Through Art

Almost exactly 150 years ago the first railway route in Japan opened on October 14, 1872 and connected what is current-day Shinbashi to Yokohama. A symbol of modernization, Japan’s railway network gradually expanded nationwide and would become what is arguably one of Japan’s most successful public infrastructure initiatives. Trains not only carried people but they carried ideas, dreams and concepts. Soul-stirring locomotives, rails gleaming in the evening sun and the hustle and bustle of train stations would all go on to inspire artwork that captured the sentiment of the time.

“A Steam Locomotive Bound for Heaven, from Journeys through Heaven and Hell” (1872) by Kawanabe Kyosai. Courtesy Seikado Bunko Art Museum

To commemorate the 150th anniversary of trains in Japan, the Tokyo Station Gallery embarked on an ambitious journey themselves: a collection of roughly 150 items from all over Japan capturing the history of the rail. From pre-rail eras where artists were simply imagining what trains might look like, to contemporary installations of toy trains running through bathhouses, the collection is a close examination of the intertwined relationship between art and trains.

“Art and Railway –150th Anniversary of Railway in Japan” is on display now through January 9, 2023 at the Tokyo Station Gallery. General admission is 1400 yen. 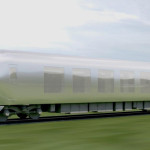 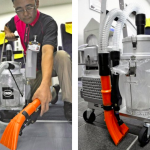 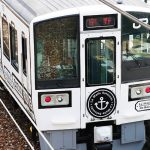