Nipponia Kosuge: A Village of 700, Turned Into a Sprawling Hotel

Japan’s aging demographics is a well-known issue that’s been talked and written about countless times. But combined with a greying population, the country has also seen another long-term trend: population growth in city centers, spurred by younger generations moving from suburban to urban areas. Combined, the two issues have resulted in what the Japanese government dubs genkai shuraku (限界集落) or marginal village: areas that are at risk of disappearing altogether due to their demographics.

Various creative efforts to revitalize these regions—it’s believed there are over 750 of them—has been somewhat successful with young professionals taking a renewed interest in Japan’s outer suburbs. One of the latest initiatives is Nipponia Kosuge: an attempt to transform a village of just 700 people into a sprawling, interconnected hotel.

The village of Kosuge is located Yamanashi prefecture, just 2 hours west of central Tokyo. The main lodging facility is a renovated 150-year old home, endearingly referred to by locals as the ooya, or big house. It houses a restaurant facility, as well as 4 rooms that can accomodate two to four guests.

Each of the rooms have different configurations and offer unique experiences.

But what sets Nipponia Kosugi apart is the way it connects guests to the rest of the community. Visitors are encouraged to use electric bicycles to explore the community, go hiking with local guides, pick vegetables with local farmers and learn about mushroom foraging. Of course meals are all prepared using seasonal, local ingredients that have been grown or caught by the villagers. The resulting experience is one the blends the walls between tourism and locality, allowing for richer and perhaps more stimulating experiences. 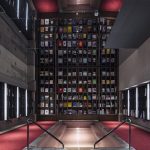 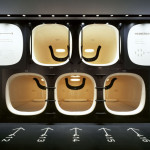