Ah, it’s Halloween weekend. And that means it’s time for our favorite Japanese festival Jimi Halloween, where people dress up in costumes so mundane they have to be explained.

The tradition was started in 2014 by a group of adults at Daily Portal Z who “kind of wanted to participate in the festivities of Halloween, but were too embarrassed to go all out in witch or zombie costumes.” So instead of the flashy and flamboyant costumes they had been seeing gain popularity in Japan, they decided to dress up in mundane, everyday costumes.

You can comb through social media using the hashtag #地味ハロウィン but below we present to you some of our favorites from this year’s festivities. We’ve been covering this event since 2018 so you can also take a look at some past years too!

Probably looking at Pixiv or something on the train (@10_moteamasu)

An elementary schooler on the last day of school (@dailyportalz)

That person who keeps adjusting the gyoza dipping sauce ratio and now has too much sauce. (@dailyportalz) 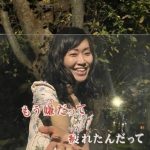