Horyu Goseda was a Japanese artist who lived from 1827 to 1892. He spent the majority of his career working in Yokohama, a port town distinguished by a strong presence of foreign sailors and western influence. Although he worked in a traditional Japanese style, painting narrow silk wall hangings, he pioneered what came to be called Yokohama-e, paintings that combined western techniques of modeling with light and shade, and perspective. But to make ends meet, Goseda developed a side-hustle: painting portraits for foreigners dressed in traditional kimono.

According to professor and art historian Toshinobu Yasumura, Goseda likely came up with the idea after hearing about a similar trend in Hong Kong where foreigners would have portraits painted in traditional attire. Convinced there would be similar demand in Japan, Goseda began approaching sailors with his idea. And sure enough it was a hit.

In order to scale his operation, and create portraits during the short amount of time sailors were in Japan, Goseda would paint the kimonos ahead of time. When he received an order he would simply paint in the face. The sailors never actually posed wearing the kimonos. It was male sailors who were aboard these trading ships but Goseda would often receive requests to paint their wives as well. Goseda obliged, working with photographs as references.

Other artists took note of Goseda’s business and quickly replicated it. Many of the images were carried back as souvenirs and not many remain but those attributed to Goseda seem to be the best quality in our humble opinion. 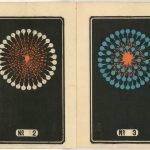 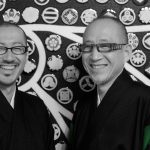 Dolce Takubo is a Stunning Made-To-Order Patisserie in Daikanyama