Dazaifu Tenmangu Shrine, one of Japan’s most-historically and culturally significant shrines, will undergo a massive renovation beginning in May of 2023. And for three years the honden main hall will be completely closed off to the roughly 10 million visitors who come to the shrine each year. So plans were made to create a temporary hall of worship and it was architect Sou Fujimoto who was selected for his use of blending nature with architecture.

Construction of the temporary hall is scheduled to run from February to May of 2023. Fujimoto’s office explains that trees and grass will be planted on its gently inclined roof, creating the effect of a floating forest that will crown the shrine.

It’s the first time in 124 years that the honden hall, a government-designated important cultural property, will undergo a major renovation, the scope of which includes repair the hall’s aged roof and lacquered interiors.

An official reopening ceremony is planned for the year 2027, which will mark the 1125th anniversary of the death of Sugawara no Michizane, an aristocrat who is enshrined in Dazaifu Tenmangu. 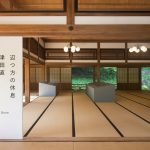 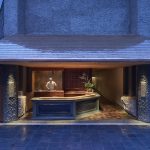