Exploring the Art & Culture of Okayama and Niigata

this post is sponsored by Japan National Tourism Organization (JNTO)

Okayama and Niigata prefectures are not necessarily household names for those visiting Japan. But if you’re looking to avoid the thronging crowds of tourists in Kyoto and Instagrammers in Naoshima, consider a destination off the beaten path. From historical shrines and castles to craftwork and contemporary art, Okayama and Niigata offer something for everyone.

The video below includes audio-guided tours of many of the spots mentioned in this article and is a great way to deepen your knowledge and understanding of the regions, especially if you plan on travelling there.

Located in Osafune, a town that once flourished as a major producer of Japanese swords, the Bizen Osafune Sword Museum is one of Japan’s few sword museums. Featuring a wide variety of Japanese swords on display, visitors can learn about the history and manufacturing process for Japanese swords as well as experience the beauty and strength of these swords up close. The museum features several special exhibitions throughout the year that combine animation and video games, creating an interactive experience for for all.

Although dates and times are limited, the museum also offers workshops where visitors can observe Japanese sword artisans wielding their craft in a process called koshiki tanren (古式鍛錬), which involves heating tamahagane steel made from iron sand to 1300°C and then hammering it to make a plate.

Situated at the summit of the 400 m high Mt. Kinojo, these ruins, which include about 2.8 km of stone walls and earthwork, are all that remain of the original castle built more than 1300 years ago. Despite the size and structure suggesting Kinojo Castle was one of Japan’s largest, it remains shrouded in mystery as there is no historical documentation of the castle. And the paving stones found inside and outside the castle walls were not found in any other fortress in ancient Japan. Fans of folklore will be delighted to learn that Kinojo Castle is known as the setting for the famous folk tale “Momotaro.”

The Kurashiki Bikan Historical Quarter, also known as Japan’s “Little Venice”, is a historical area comprising classical Japanese architecture with a few outside influences such as the Ōhara Museum of Art, which looks like a Greek temple. It is situated along the Kurashiki River in Okayama Prefecture. The Kurashiki River was originally used as a canal approximately 400 years ago. With the canal surrounded by unique traditional Japanese housing, it isn’t just one of the main attractions for tourists visiting Okayama Prefecture but is also a popular Japanese drama/movie shooting location!

A garden built for a daimyo! Korakuen is one of the three most-famous gardens in Japan. Tsunamasa Ikeda, the second lord of the Okayama domain, spent over a decade building this oasis for himself, which was completed in 1700. Ownership of the garden changed hands between daimyo and was eventually transferred to Okayama prefecture in 1884 for public use. The garden has seen floodings and wars but has largely been maintained and restored to its original state based on edo-era paintings and diagrams. There aren’t many places in Japan that can transport you back 300 years in history. But for a more contemporary experience the garden is also open at night for a limited period of time for a special “Fantasy Garden” event, when the garden is illuminated with lights.

The 2022 triennale was held from April 29 to November 13. The rural Echigo-Tsumari region (越後妻有) of Niigata Prefecture is home to over a hundred fascinating and entertaining modern art installations exhibited throughout the area’s 760 square kilometer landscape. Created by both Japanese and international artists, the artworks are designed to incorporate the local environment and culture, and can be found in a wide variety of locations, such as in the towns and villages, in abandoned buildings and schools, or incorporated into the region’s ubiquitous rice fields. Every three years, the Echigo Tsumari Art Triennale is held in the region and between 100 to 200 new art pieces are created and displayed in addition to the permanent installations. The festival first took place in 2000 as part of a successful revitalization plan to attract visitors to the region which has suffered from depopulation and a series of natural disasters. Smaller festivals are held between triennials.

The building originally built for the Echigo Tsumari Art Triennale in Tsunan was renovated in 2012 and now serves as a contemporary art museum. The Museum on Echigo-Tsumari, conveniently abbreviated as Monet, houses a variety of contemporary art works. The museum is equipped with a restaurant, bar, and hot spring facilities.

Known as ‘Kiyotsukyo’ in Japanese, Kiyotsu Gorge is known for its unique rock formations created by a volcanic eruption around 16 million years ago. Today, the Kiyotsu River runs through the gorge, further eroding it and creating a place of special beauty. Often cited as one of Japan’s most beautiful gorges, Kiyotsukyo is known for its seasonal beauty, from the snow of winter to the lush green of summer and mosaic of colour through autumn.

In order to protect visitors from avalanches and falling stones, as well as protect the gorge’s scenery, a pedestrian tunnel was built in the 90s to allow for safe viewing. The structure was restored in 2018 as an artwork called “Tunnel of Light” by Ma Yansong / MAD Architects.

With over five thousand hectares of tanada (rice terraces), Kubiki-kyūryō in Niigata Prefecture is well-known for its terraced hillsides, particularly those of the Tōkamachi area. The tanada not only yield crop but they also host art installations from the Echigo-Tsumari Art Triennale, including a permanent installation by Russian conceptual artists Ilya and Emilia Kabakov, which can be viewed from the Matsudai Noh Butai Snow-Land Agrarian Culture Centre.

From a glistening mirror in the spring and autumn to a white, snowy blanket in the winter, the rice terraces change their appearance throughout the seasons and are stunning any time of year.

The first onsen in Tsukioka opened in 1914 after hot spring water was found while drilling for oil. Located only about an hour from Niigata City, it quickly became crowded with large group tours and banquets during Niigata’s heyday. The hot spring town was decorated with street vendors by day and with geisha by night. Today, the onsen town still has 30 geisha—a rarity in Japan, especially for a town as small as Tsukioka. While many of the vendors of old are long gone, the town has made great efforts to create a walkable district full of restaurants and shops selling Niigata-specialty goods ranging from chocolate to rice powder sweets, craft beer, and, of course, sake.

The Nagaoka Festival is one of three major fireworks displays in Japan and occurs over 2 nights in early August. Held against the backdrop of the Shinano River, the longest in Japan, thousands of fireworks light up the mid-summer night sky.

From scenic countryside landscapes to historic arts and crafts, Okayama and Niigata offer endless authentic experiences for those looking to discover a side of Japan they have not yet seen. If you’re considering a visit, or just want to explore more from the comfort of your home, check out this virtual tour that was recently streamed live. 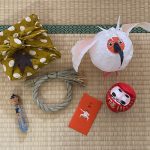 WA Boxes: Delivering Culture from Japan to Your Doorstep 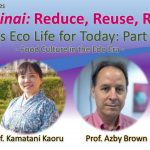 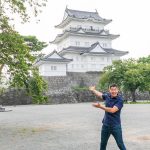