Every day is a holiday, even if it’s laundry day. At least that’s the idea behind Laundry Holiday, a laundromat in Ehime prefecture the underwent a drastic facelift last year, rebranding itself as a community-centered gathering spot where neighbors can come together, get chores done and, of course, eat ice cream.

Located minutes from the coast and sandwiched between Japan’s Inland Sea and the lush mountains of Shikoku, Laundry Holiday was previously a dilapidated laundromat that had served the community for years but time had taken its toll. With offices in Tokyo but also nearby Hiroshima, Suppose Design Office was hired to transform the laundromat into a space where doing chores didn’t feel like doing chores.

The architects retained the existing facade but in a way that feels brand new. They also incorporated wood and transparent, corrugated sheets that create a bright and open feel while connecting the laundromat to the rest of the neighborhood. The folding tables even double as ping-pong tables!

The adjacent Yoshio Ice Cream parlor serves homemade ice cream made from locally-sourced fruits and other ingredients, ensuring that time spent doing laundry is never time wasted. It’s a beautiful space, which undoubtedly makes it a contender for Japan’s Laundromat of the Year Award (yes, that’s a thing). 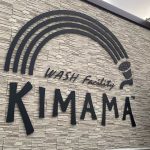 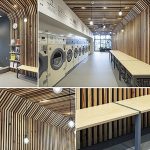 Winners of Japan’s 2019 Laundromat of the Year Award

Exploring the Art & Culture of Okayama and Niigata